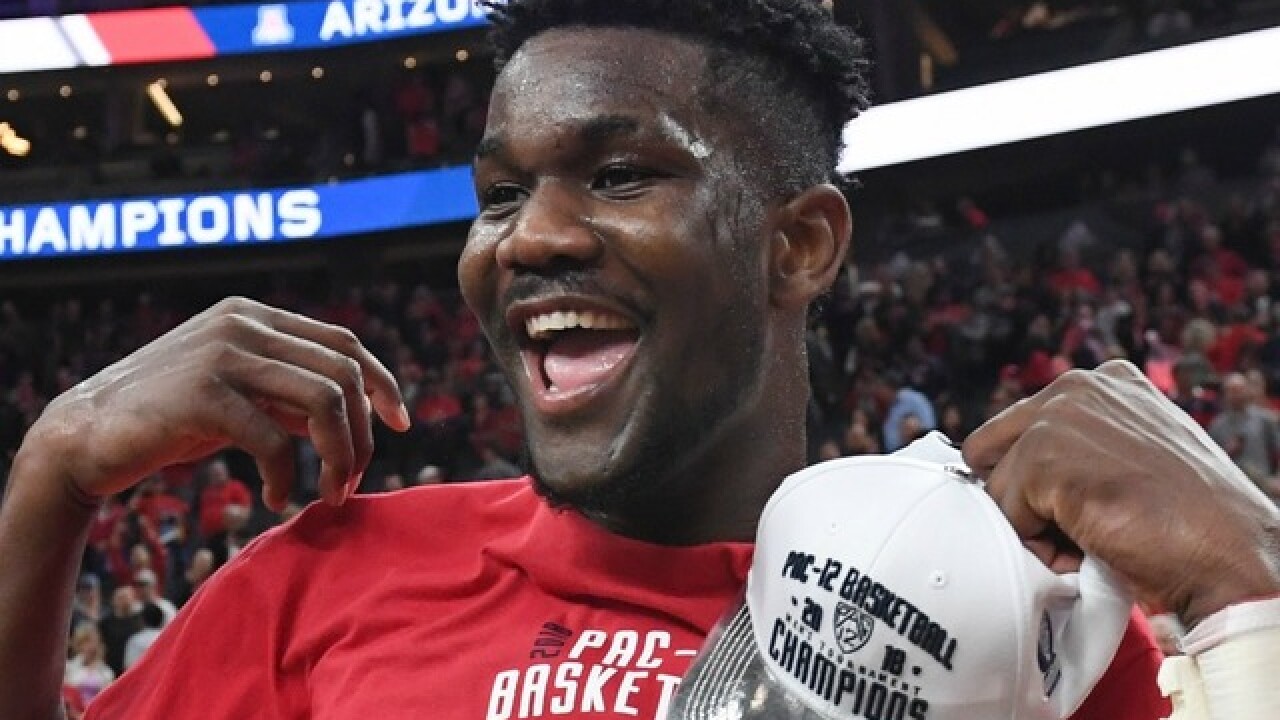 Copyright 2018 Scripps Media, Inc. All rights reserved. This material may not be published, broadcast, rewritten, or redistributed.
Ethan Miller
<p>Deandre Ayton #13 of the Arizona Wildcats celebrates after the team defeated the USC Trojans 75-61 to win the championship game of the Pac-12 basketball tournament at T-Mobile Arena on March 10, 2018 in Las Vegas, Nevada. (Getty Images)</p> 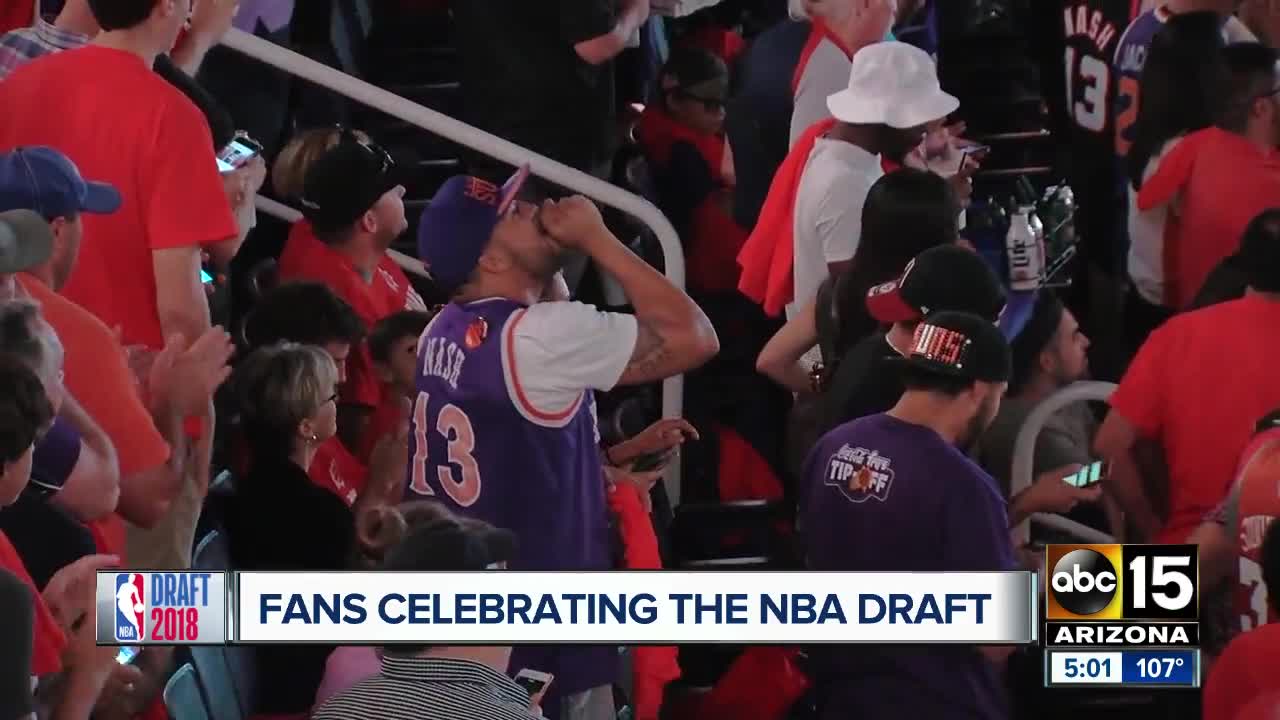 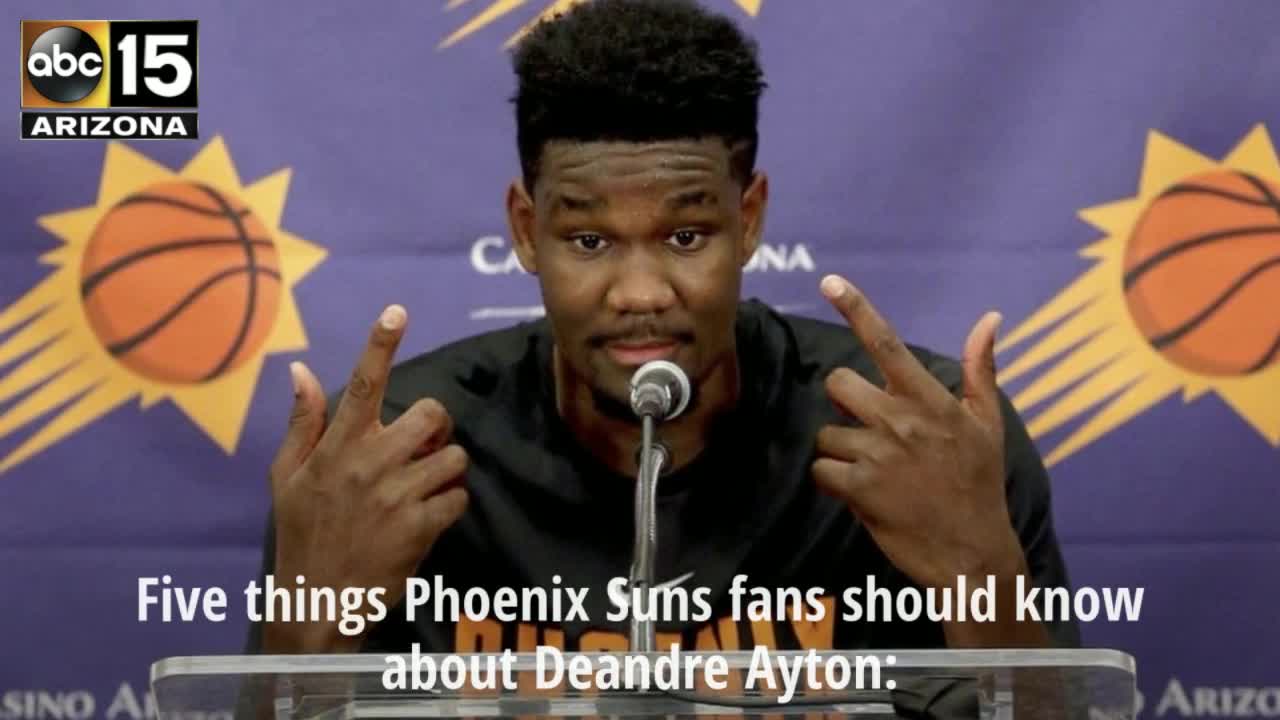 To no one's surprise, Deandre Ayton became the first-ever No. 1 overall draft pick by the Phoenix Suns on Thursday night.

Most Suns fans are excited about the pick, and most experts seem to agree the Suns made the right decision by going with the 7-foot-1, 260-pound center. Here are five things Suns fans should know about the man who could alter the course of the franchise.

1. He's played in Phoenix before.

Ayton is originally from the Bahamas and played for Balboa City Prep in San Diego before transferring to Hillcrest Prep in Phoenix for his junior year of high school. He's also already played on the Suns' home court, Talking Stick Resort Arena, when he (and some GCU fans) helped guide the Arizona Wildcats to a 67-64 win over then-No. 7 Texas A&M in the Valley of the Sun Showcase on Dec. 5.

2. He racked up awards at Arizona.

Ayton chose to play for the Arizona Wildcats ahead of offers from Kansas and Kentucky. He was every bit as good as advertised coming out of high school, as he averaged 20.1 points, 11.6 rebounds and 1.9 blocks per game during his one and only season in Tucson. He was named Pac-12 Player of the Year and was a consensus first-team All-American, and he guided the Wildcats to the 2017-18 Pac-12 regular-season and tournament championships.

3. He was named in a questionable ESPN report.

Ayton and Arizona head coach Sean Miller came under fire in February when ESPN's Mark Schlabach reported FBI wiretaps revealed Miller discussing a $100,000 payment in order to bring Ayton to UA. That report has since been called into question by multiple media outlets, and Ayton's family said it was "outraged and disgusted" by the report. But the report took its toll, as Miller did not attend UA's game at Oregon the following day, and Ayton was showered with taunts and negative signs throughout the game. Miller returned the following week after issuing his own statement of denial.

"I really learned the true meaning of professionalism," Ayton said about his time at UA following that report. "We blocked out all the noise (and) we just moved on from there."

Those who know the 19-year-old Ayton have come to enjoy just how funny and off-the-wall he is. Example: He'll sometimes pretend to be a completely different person and will introduce himself by a different name.

"For instance, he would get on the airplane and he would introduce himself as Rodrigo to people: 'Hello, I’m Rodrigo,' and he would speak in a very broken Latin accent," UA basketball PA announcer Jeff Dean said. "Deandre is one of the funniest people I’ve ever been around. He just likes to have fun."

After his pre-draft workout with the Suns, Ayton not only was certain he was going to be taken with the No. 1 pick; he said the combination of himself and emerging star guard Devin Booker could be the second coming of the dominant Shaquille O'Neal-Kobe Bryant Era in Los Angeles.