Are the Cardinals thinking about a blockbuster trade to get their quarterback of the future? 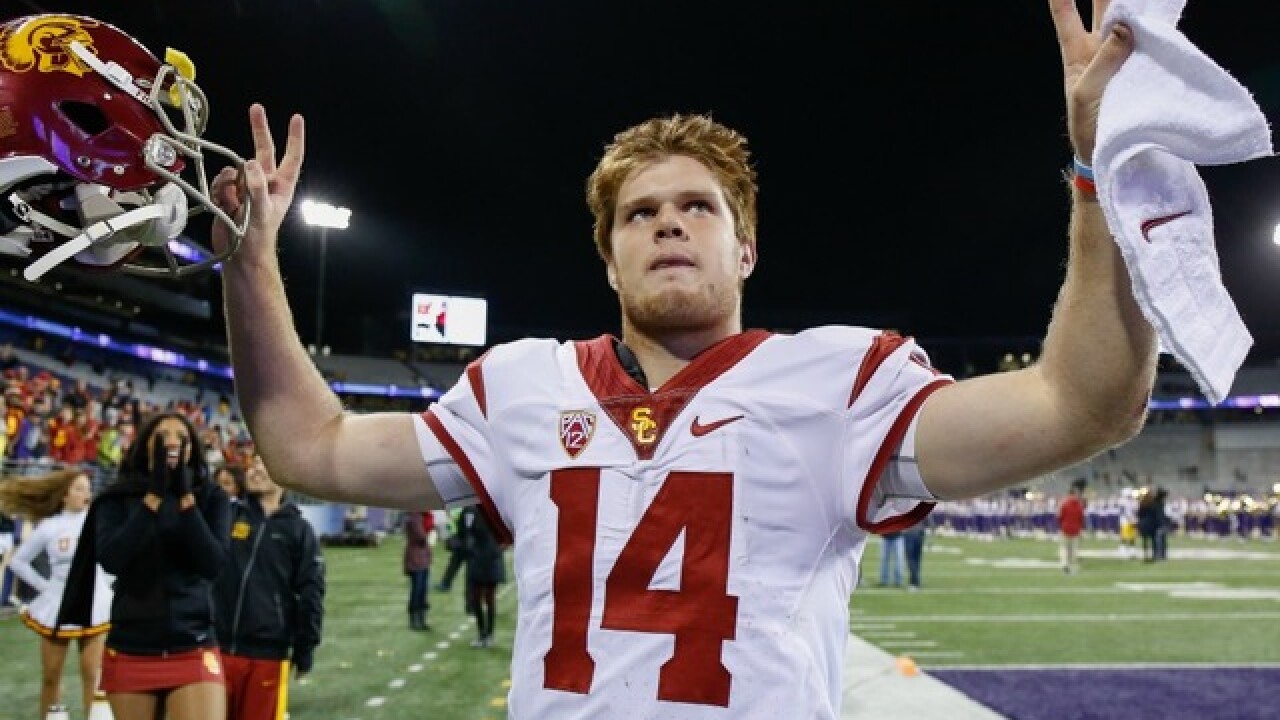 Copyright 2018 Scripps Media, Inc. All rights reserved. This material may not be published, broadcast, rewritten, or redistributed.
Otto Greule Jr
<p>Quarterback Sam Darnold #14 of the USC Trojans heads off the field after beating the Washington Huskies 24-13 on November 12, 2016 at Husky Stadium in Seattle, Washington. (Getty Images)</p>

If USC quarterback Sam Darnold is expected to be one of the top picks in this year's NFL Draft, and the Arizona Cardinals don't pick until No. 15 overall in the first round... why did they send so many people to his Pro Day in California on Wednesday?

Cards general manager Steve Keim was there, along with new head coach Steve Wilks, offensive coordinator Mike McCoy and quarterbacks coach Byron Leftwich. That's a lot of brass for a guy who won't be available when the Cardinals are on the clock!

That is, unless Arizona is looking to make a blockbuster move and trade up in the draft.

My guess is the Cardinals were there to make a huge decision. If Sam Darnold, who is the projected No. 1 overall pick in next month's draft, is their guy... look out. I would expect them to go all-in to make a trade and move up into one of the top spots in the draft to get their quarterback of the future.

Whether it happens or not, it sure is fun to think about.