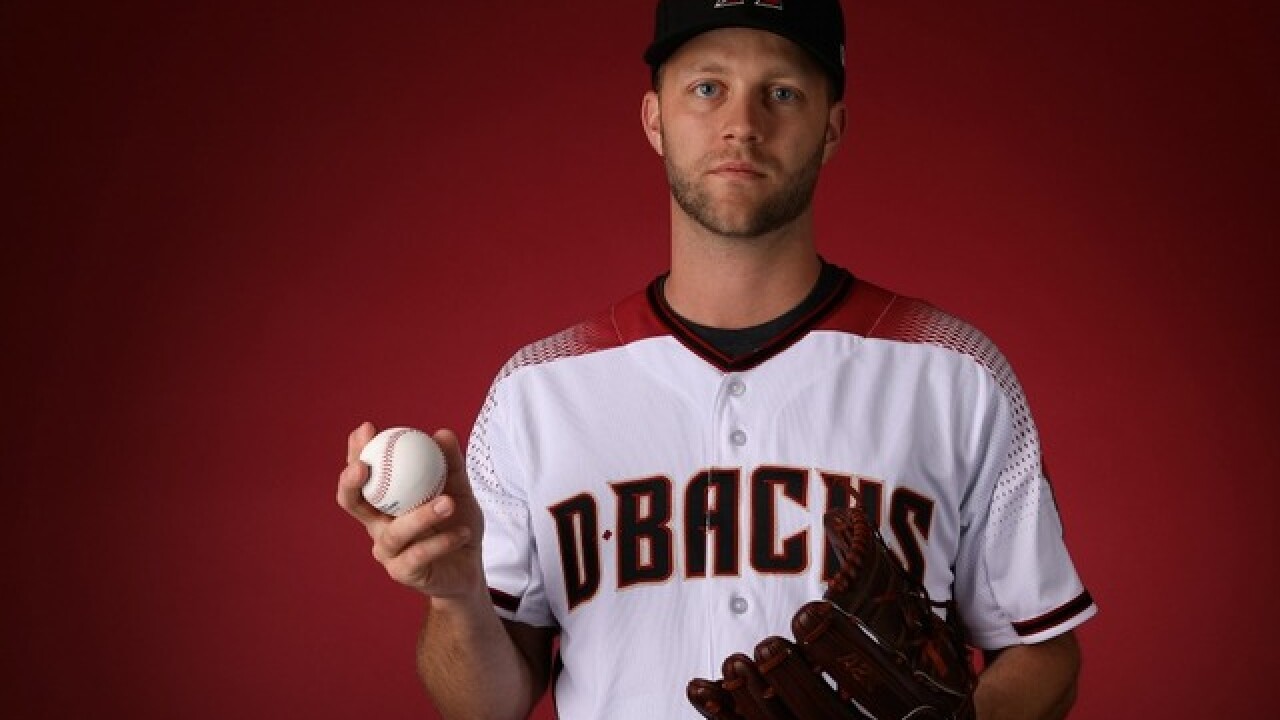 Copyright 2018 Scripps Media, Inc. All rights reserved. This material may not be published, broadcast, rewritten, or redistributed.
Christian Petersen
<p>Pitcher Brad Boxberger #31 of the Arizona Diamondbacks poses for a portrait during photo day at Salt River Fields at Talking Stick on February 20, 2018 in Scottsdale, Arizona. (Getty Images)</p>

The 29-year-old Boxberger was acquired by the D-backs in a trade with the Tampa Bay Rays in November. He has six years of MLB experience and was an All-Star selection with the Rays in 2015 when he notched 41 saves.

Boxberger appeared to be one of three pitchers in contention for the D-backs' closing role, along with Archie Bradley, last year's eighth-inning specialist, and newcomer Yoshihisa Hirano, who starred in the Nippon Professional Baseball League in Japan.

Lovullo said Bradley will remain in the same role this season, while Hirano will also play a key late-inning role for the D-backs.

Torey Lovullo names Brad Boxberger as the @Dbacks closer and will keep Archie Bradley in the versatile role he held a year ago. pic.twitter.com/gvSE9sFqxq