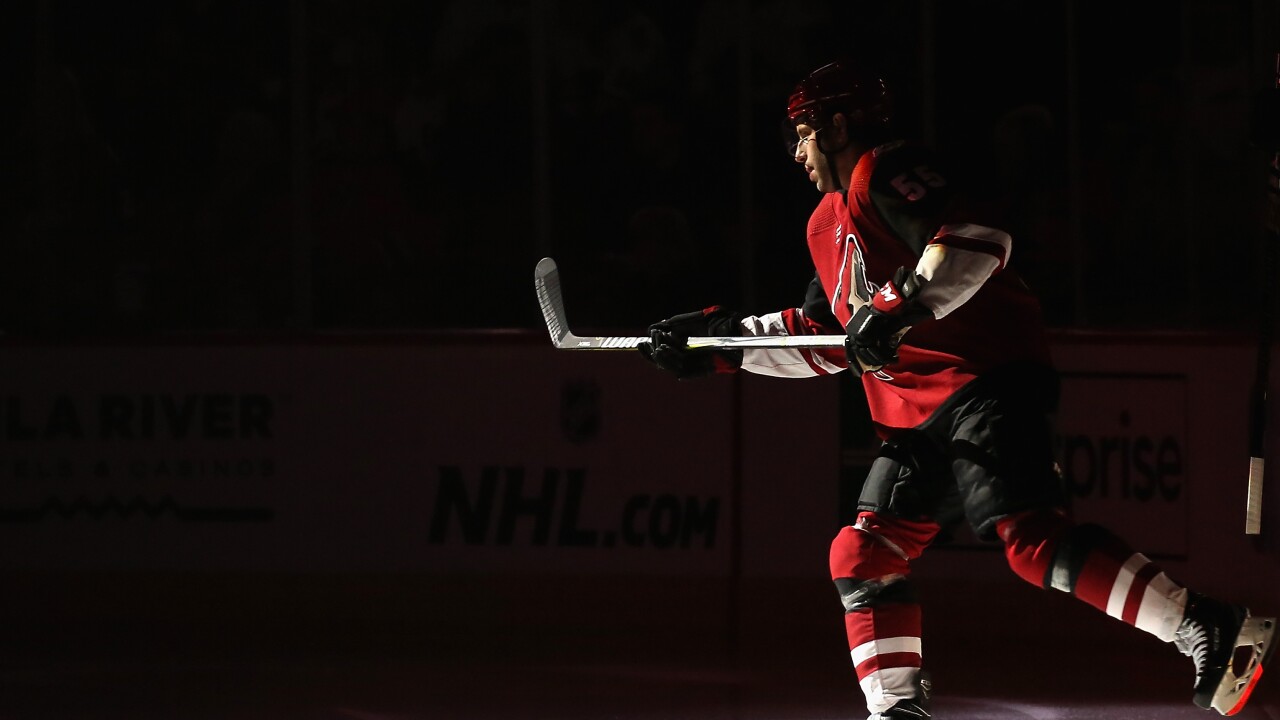 PHOENIX — On a day where Major League Baseball's immediate future came into question, the National Hockey League had some good news. Of the 4,256 COVID-19 tests taken during the final week of phase three, zero came back positive. Phase four began Sunday when the 24 postseason teams entered the two hub cities.

However, the talk of the hockey world is still centered around the ugly divorce between John Chayka and the Arizona Coyotes, just one week before game one against the Nashville Predators.

"The one thing I keep hearing is, he must have had some advice or reason for doing it at that time," Sportsnet's Elliotte Friedman said on NHL Network. "The people who support Chayka in this say that he has everything documented. It’s written down, what he was and wasn’t allowed to do, and he has followed those rules."

It will come down to what is in the contract that Chayka signed back in November to remain with the Coyotes for several more years. Team owner Alex Meruelo will reportedly ask NHL Commissioner Gary Bettman to step in and make a ruling.

Did Chayka lie to the Coyotes? Or did the job opportunity evolve into something he wasn't expecting and couldn't refuse? Friedman says that type of offer could have come from the New Jersey Devils ownership group, Harris Blitzer Sports & Entertainment. HBSE also runs the Philadelphia 76ers, Crystal Palace of the English Premier League, and are serious bidders to buy the New York Mets.

Who knows how long it will be until the full story of this messy split comes to the surface. Right now, both sides are telling very different stories, digging in for what appears to be a drawn-out battle.

Meanwhile, the Coyotes practiced in the Edmonton bubble for the first time Monday afternoon. While the team would only take questions about Thursday's exhibition game against Vegas and the upcoming series with Nashville, Rick Tocchet said the message to his players is to not let the outside noise become a distraction.

"That's been said, trust me, a bunch of times," Tocchet said after practice. "Guys have been great, we're focused. It's a focused group and they know how to deal with stuff like that, and we're ready to go."