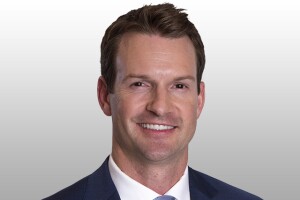 Collin Harmon is a Phoenix native who joined ABC15 in January 2020 as a weekend sports anchor and multimedia journalist.

Collin returns to the Valley from Honolulu, Hawaii where he was Sports Director at Hawaii News Now, the CBS and NBC affiliate in the islands. He hosted the Nick Rolovich Show, which was the University of Hawaii football coaches show that was syndicated nationally on Fox College Sports.

He followed Tua Tagovailoa’s rise from high school phenom to star quarterback at the University of Alabama, in addition to covering specialty events like Super Bowl 50, surfing events, multiple PGA and LPGA tournaments, and Kobe Bryant’s final training camp with the Lakers.

Prior to Hawaii, Collin was the weekend sports anchor at KVAL CBS 13 in Eugene, Oregon. He was there for the heyday of Oregon football, following its run to the College Football National Championship game and Marcus Mariota winning the first Heisman Trophy in team history. He was also co-host of "Inside the Pac," a weekly 30-minute show covering Pac-12 football and men’s basketball.

Collin is a 2007 graduate of Desert Vista High School where he played baseball, hockey, and captained the volleyball team to a 5A state championship. He attended the University of Colorado-Boulder and is a proud Buff.

When he’s not working, Collin enjoys golfing and trying to be the best dad possible to his little girl.