Warriors vs. Cavs: 3 reasons to watch the 2018 NBA Finals 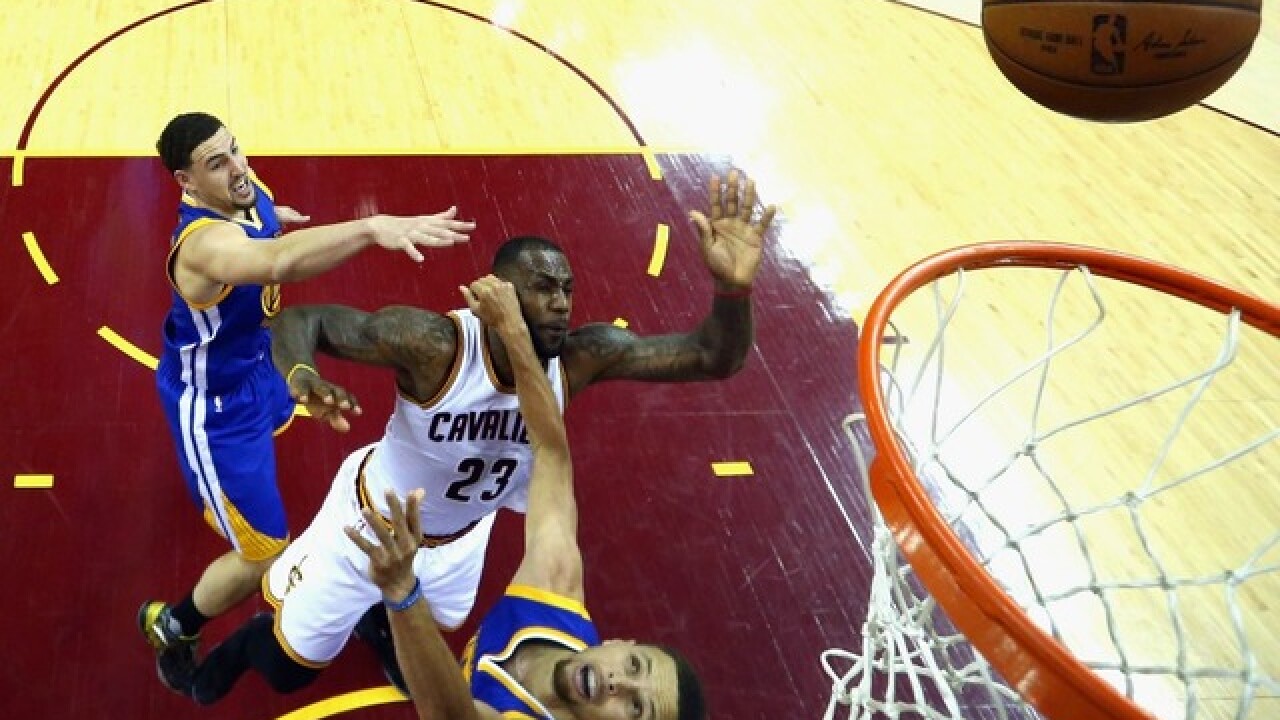 So... it's the heavily favored Golden State Warriors vs. the Cleveland Cavaliers, again. It's LeBron James vs. Steph Curry, again.

Yes, we've all seen this play before -- three years in a row, in fact, before this year. But dig a little deeper: There's more intrigue heading into this year's NBA Finals than you might think, especially for Valley sports fans.

Even for his standards, LeBron James is having a historically phenomenal postseason. He has already set a record for most points in a single playoff series as he has, frankly, put a mediocre team on his back like never before.

After surviving a pair of Game 7s simply to get to this point, LeBron gets another crack at a Warriors team that easily dispatched his Cavs in last year's finals. An upset in this year's finals would be historic, and possibly cement his case for being the best NBA player of all time.

2. Another ring for Nash?

Former Phoenix Suns star and two-time NBA MVP Steve Nash earned his first championship ring last season when the Warriors won it all. The reason: Nash is a player development consultant for the Warriors, a role he began in November 2015. Nash and Warriors coach Steve Kerr know each other well, as Kerr was the Suns' general manager from 2007-10.

So, if the heavily favored Warriors make it back-to-back NBA championships, Nash will earn himself a second ring. If only he could have done so while he was still in a Suns uniform...

If you're a fan of free stuff -- specifically, free football jerseys -- you ought to root for the Cavs to defy the odds and win their second NBA title in three seasons.

Why? Because Browns cornerback and ASU alum Damarious Randall has promised free jerseys to everyone if the Cavs win, provided you retweet this:

If the Cleveland Cavaliers win the 2018 NBA finals I’ll buy everyone who retweet’s this a jersey...

Will Randall actually make good on his tweet if the Cavs win? It's hard to say. But who knows? Retweet it and keep your fingers crossed.