Damarious Randall on free jersey guarantee if Cavs win: 'Obviously it was a joke' 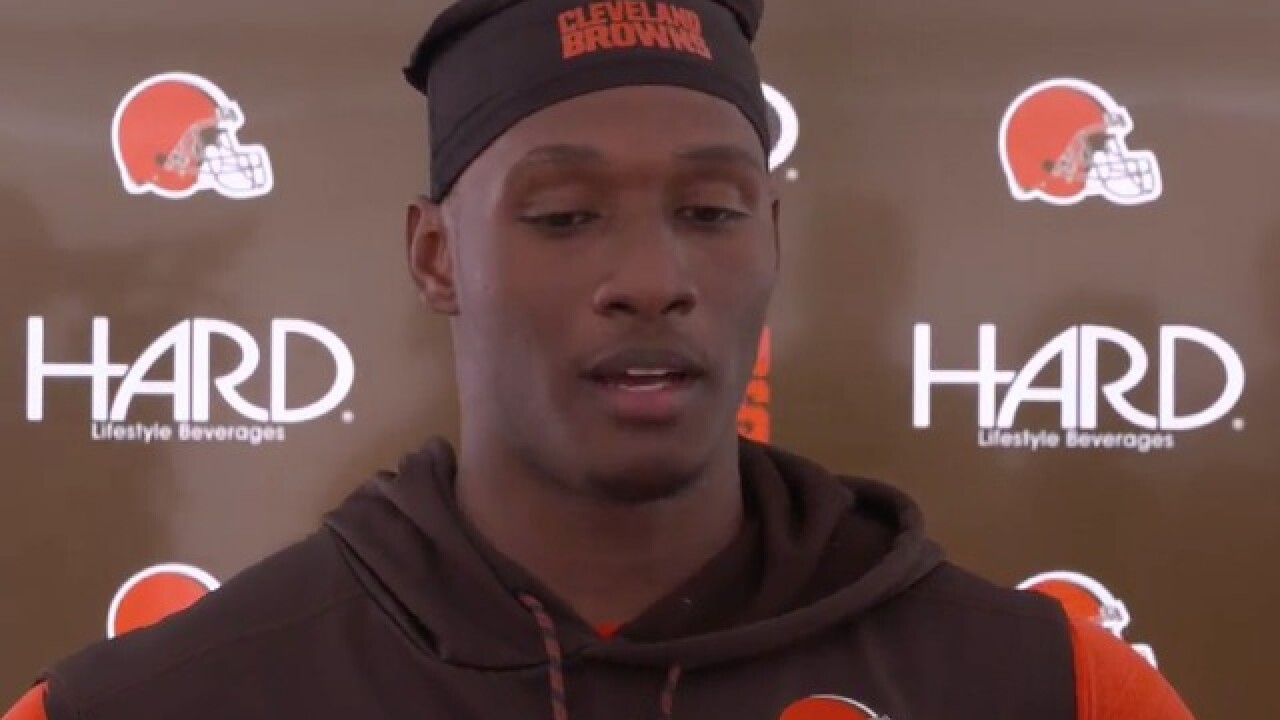 It's safe to say Cleveland Browns cornerback and ASU alum Damarious Randall wasn't expecting a response like this.

If the Cleveland Cavaliers win the 2018 NBA finals I’ll buy everyone who retweet’s this a jersey...

Well, as of Wednesday afternoon, Randall's tweet has been retweeted over 800,000 times. That's a lot of jerseys -- more than Randall could likely afford to give away.

On Wednesday, Randall, who was traded to the Browns by the Green Bay Packers after last season, discussed the tweet that, to his surprise, has made national headlines.

"Obviously it was a joke. But just to know how passionate this fan base is, it's really encouraging."

"I guess we'll have to watch the series and see, right?"@RandallTime didn't expect his jersey tweet to go viral ... but he says it's all fun. pic.twitter.com/WoeHoTEW8p

Randall said he didn't expect his tweet to be retweeted 100 times, let alone hundreds of thousands of times.

"I didn't think people were going to actually view that as a serious tweet from me, but obviously it got the whole world excited about (the NBA Finals), and now I'm actually excited about it," he said. "It's a great, great opportunity to interact with the fans, and we're just going to watch the series and see how everything (plays out)."

Steph Curry and the Warriors are a heavy favorite to defeat LeBron James and the Cavs in the NBA Finals for the second time in as many seasons and the third time in four years.

But... what if LeBron and the Cavs pull the upset? Will Randall make good on his tweet, even if it was intended as a joke?

"I mean, I guess we'll have to watch the series and see, right?" he said. "This is just going to make the game a lot more exciting for the fans and for myself. I just think it should be a great, great series.

"That just kind of goes to show that this Cleveland fan base is great, and I'm actually excited about it, just to know that the fan base is like this. I can't really imagine how it's going to be when the Browns start winning a lot of games."

Randall also took time Wednesday to make one thing very clear to fans in Cleveland who might be a bit peeved at his lack of faith in the hometown Cavs.

"I am not anti-LeBron," he said. "I'm actually a big LeBron fan, as well. But when he's going against Steph, I would rather (have) Steph over LeBron.

"But at the end of the day, they're both great, great players, and I definitely respect everything LeBron has done for this community and for this city and state. He is one of the greatest players to ever touch the basketball, if you ask me."