3 big questions for the Diamondbacks as spring training begins 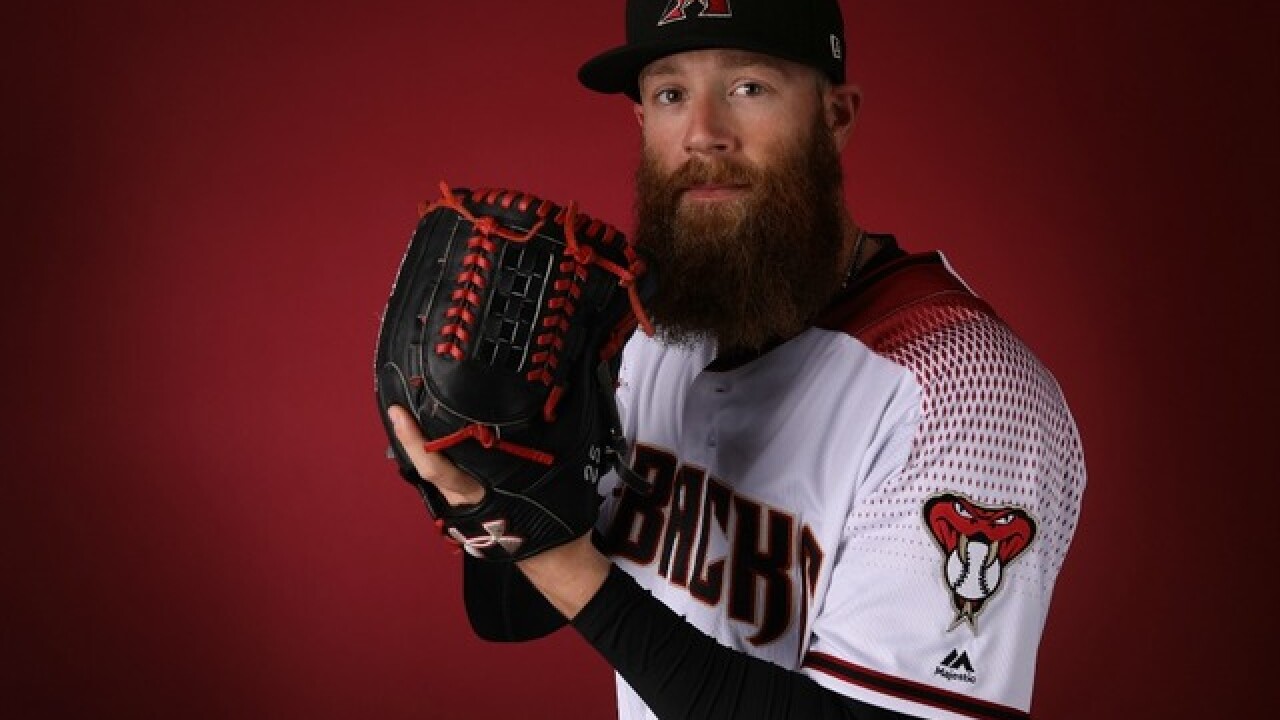 Copyright 2018 Scripps Media, Inc. All rights reserved. This material may not be published, broadcast, rewritten, or redistributed.
Christian Petersen
<p>Pitcher Archie Bradley #25 of the Arizona Diamondbacks poses for a portrait during photo day at Salt River Fields at Talking Stick on February 20, 2018 in Scottsdale, Arizona. (Getty Images)</p>

Coming off an improbable run to the postseason, the Arizona Diamondbacks are gearing up for Cactus League play to begin a run to what they hope will be the team's first back-to-back playoff appearances since 2001-02.

The good news is the D-backs return a number of familiar faces from last year's Wild Card team. But they still have a few questions to answer before regular-season play begins March 29. Here are three of those questions heading into Friday's Cactus League opener:

Fernando Rodney, who served as the D-backs' closer in 2017, signed with the Minnesota Twins in the offseason. This leaves manager Torey Lovullo with a big decision to make: Does he move eighth-inning specialist Archie Bradley to the ninth inning, or does he place one of the team's offseason acquisitions in that spot?

The Diamondbacks acquired former Tampa Bay Rays reliever Brad Boxberger in a trade in November. Boxberger was an All-Star selection in 2015 when he saved 41 games for the Rays, but he was used in a setup role in each of the last two years. The D-backs also acquired Japanese reliever Yoshihisa Hirano, who compiled 143 saves in his last five seasons with the Orix Buffaloes in Japan.

Will Lovullo elect to simply move Bradley back one inning, or will he keep him in the same spot he excelled in last year in favor of Boxberger or Hirano? Cactus League play could be the deciding factor.

2. Who will hit behind Goldy?

The D-backs made a major move Tuesday  with the addition of rightfielder Steven Souza in a three-team trade. But exactly where will Souza fit into the batting order?

All-Star first baseman Paul Goldschmidt figures to hit third again this season, but the D-backs will have to replace departed outfielder J.D. Martinez behind Goldy at the No. 4 spot. Heading into Spring Training, rosterresource.com believes that role will go back to third baseman Jake Lamb, with Souza -- who hit 30 home runs last season but has a career .236 average -- batting fifth. Is this how things will play out, or will Lovullo shake things up?

3. Will the rotation be great again?

It's extremely rare for any MLB team to return all five of its starting pitchers from last season, but that's what the Diamondbacks are looking at heading into March -- and on the surface, that looks like a very good thing.

The starting unit of Zack Greinke, Robbie Ray, Patrick Corbin, Taijuan Walker and Zack Godley was collectively outstanding in 2017, posting the third-best team ERA in all of baseball. But three of those men (Godley, Walker and Ray) are all coming off their best-ever MLB seasons. Is it realistic to expect all of them to perform at the same level this season?

It's never a good idea to put much stock into spring training performances. But it would certainly be reassuring to see the D-backs' starters perform well heading into the games that count.