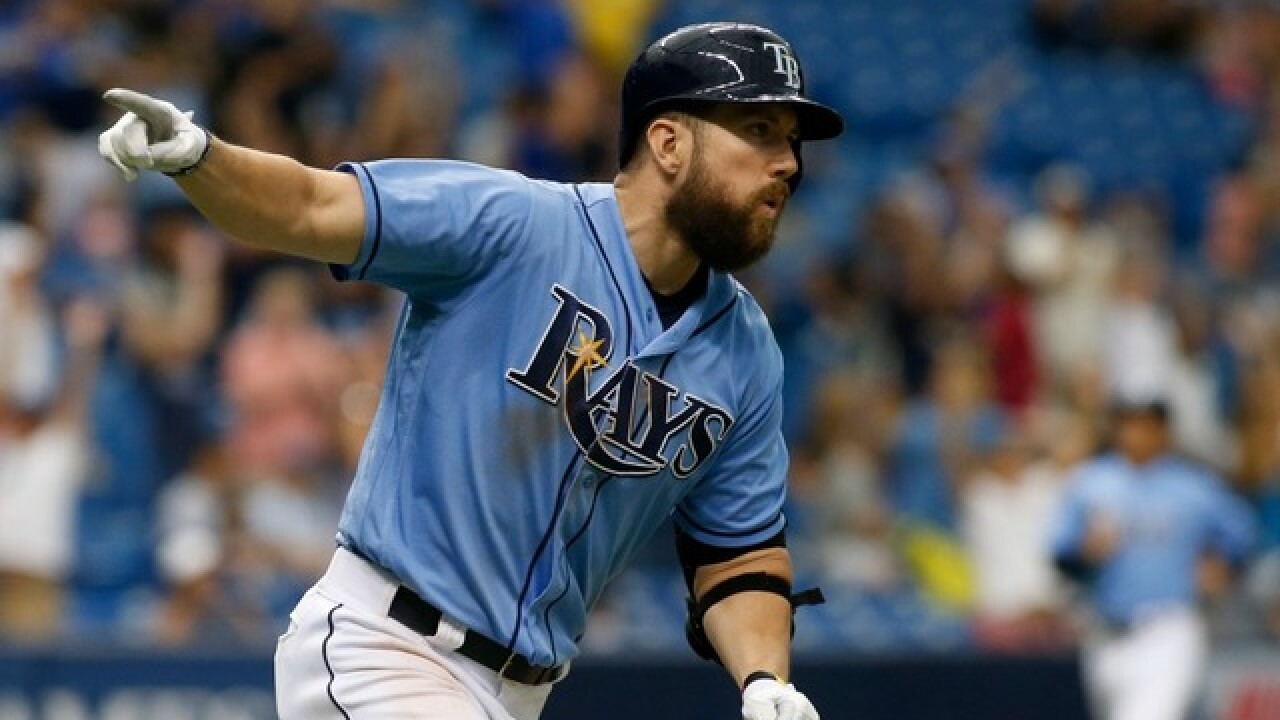 Copyright 2018 Scripps Media, Inc. All rights reserved. This material may not be published, broadcast, rewritten, or redistributed.
<p>Steven Souza Jr. #20 of the Tampa Bay Rays celebrates back to the dugout hitting a walk-off home run off of pitcher Jacob Barnes of the Milwaukee Brewers during the bottom of the ninth inning of a game on August 6, 2017 at Tropicana Field in St. Petersburg, Florida. (Getty Images)</p>

The Arizona Diamondbacks didn't take long to find their apparent replacement for J.D. Martinez, as they acquired hard-hitting right-fielder Steven Souza from the Tampa Bay Rays in a three-team trade Tuesday.

The D-backs will also send two players to be named later to the Rays.