Predictions: Can the Arizona Cardinals upset the 49ers to open the season? 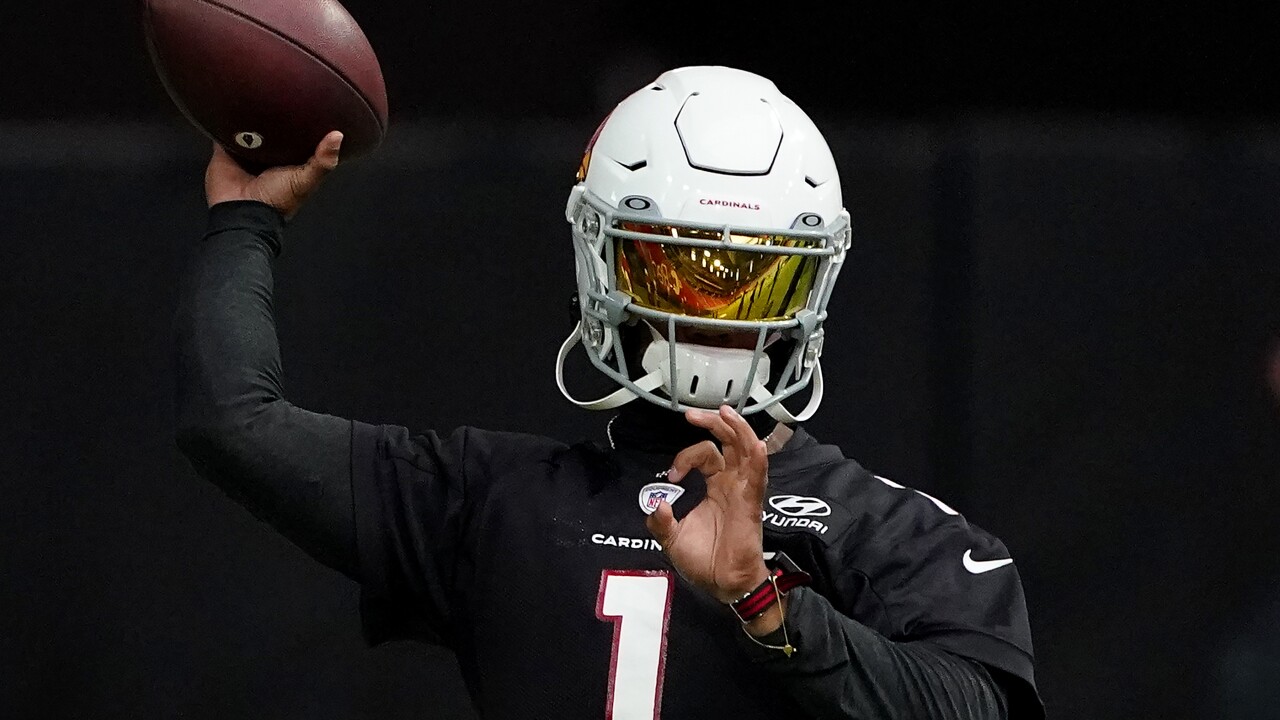 GLENDALE, AZ — Fans will finally get their first official look at the revamped Arizona Cardinals team Sunday in their 2020 season opener!

All eyes will be on Kyler Murray and his new Pro Bowl receiving target DeAndre Hopkins as the Cardinals take on San Francisco, but their defense looks to be much improved as well.

The Cardinals used the 8th overall pick in the draft to select Isaiah Simmons, and added Devon Kennard, De’ Vondre Campbell, and lineman Jordan Phillips. Coach Kliff Kingsbury hopes those additions will help vastly improve a defense that gave up more yards than any other team in 2019.

But will those improvements be enough for the Cardinals to take down the reigning NFC Champions and make some noise in the division?

What an off-season! No OTA’s, no mini-camp, and no pre-season games. Add in the fact that most of the preparation has been on Zoom calls and here we are trying to predict a winner based on very little information other than “last year.”

That said, if we go back to 2019, the Cardinals played the 49ers tough in two divisional games. In game one at State Farm Stadium on Halloween night, Kyler Murray finished with 240 yards passing and two touchdowns in a 28-25 loss.

In game two of the series at Santa Clara, Kyler threw for 150 yards and two touchdowns in a 10 point loss that went down to the wire. Kyler Murray put the Cardinals up 26-23 on a 22-yard touchdown run with 8:30 to go in regulation, and the 49ers finally took the lead with about 30 seconds to go when Jimmy Garoppolo hit Jeffrey Wilson for a 25-yard score.

The biggest question for the Cardinals as they enter year two with Kyler Murray and Kliff Kingsbury isn’t the offense. After all, the offense added four-time Pro-Bowler DeAndre Hopkins.

The biggest issue the Cardinals have is the defense. Arizona’s defense allowed a league-worst 402 yards of offense per game, including over 120 yards rushing.

I’ll go back to the first points I made… no pre-season games, no mini-camps and no OTA’s spells lots of rust and potentially, lots of penalties in week one.

But given the fact that there are so many variables this week, and the fact that Arizona is a 7-point underdog, I’m going with the Cardinals in an upset.

Happy Week 1! Football is back and that’s a beautiful thing. The Cardinals are going to be one of the most intriguing teams to watch this season across the entire NFL. Here’s a team that started to really find its stride in the latter part of last season, and then went out and got significantly better in the off-season. DeAndre Hopkins has said numerous times how he has never played with the same quarterback for more than two seasons, and now he has Kyler Murray for the long-term and a massive contract to make him happy. But I am curious how long it takes Hopkins to produce like the All-Pro wideout that he is considering he didn’t practice a whole lot during training camp. Without OTA’s and preseason games, are he and Kyler going to be synced up right out of the gate? Once they are, this offense is going to be scary. Kenyan Drake is now completely familiar with the system, Larry Fitzgerald is, well, Larry Fitzgerald, and Christian Kirk is the one guy everybody within the Cardinals has been saying is going to have a monster year, it’s just a matter of staying healthy. As long as Kyler is kept upright, that’s just too many weapons to cover, no matter how good the defense is.

To me, it’s the other side of the ball that will dictate how good this Cardinals team can be this season. It’s a redemption tour for Patrick Peterson and defensive coordinator Vance Joseph after a rough 2019 season. Steve Keim and the front office made it abundantly clear this off-season that they needed to get significantly better on defense, hence bringing in Jordan Phillips, Devon Kennard and DeVondre Campbell, and drafting Isaiah Simmons. I’m interested to see how significant Simmons’ role will be, especially early in the season. The Cardinals have plenty of depth at linebacker, so they don’t need to rush him along, but finding an answer to George Kittle (and every other tight end) is exactly why the Cardinals drafted a player like Simmons.

There are so many unknowns going into this unique 2020 season, and without preseason games to get the slightest indication, predicting how week one, and this season, will go for the Cardinals is a fool’s errand, but let’s try it anyhow.

The NFC West is the toughest division in football by a mile. Every division game is going to be an absolute battle. But history is on the Cardinals side this Sunday. Teams coming off a Super Bowl loss over the last 20 years are 8-12 in week 1, and just 3-16 against the spread. Who knows what home-field advantage will look like this year, but I can’t imagine it’s a significant factor. I do think the trend across the league this weekend will be slow starts by offenses as they try to get into a rhythm and up to game speed. Because of that, I would lean towards the better defense, and while the Cardinals defense should be much improved, the 49ers D is still one of the best.

I think it’s a tight game and the Cardinals will cover the touchdown spread, but I’m going with the 49ers to sneak one out.

The Arizona Cardinals are in a unique position headed into the 2020 season. The expectations surrounding the team are higher than they have been for several years. Kyler Murray is even a dark horse candidate for MVP coming into his second season, but the Cardinals are still predicted by most experts to finish at the bottom of the NFC West division. That’s because the three other teams in the NFC West have represented the NFC in the Super Bowl in four out of the last eight seasons, and they all seem capable of doing so again this year. That includes San Francisco last season, and the L.A. Rams two seasons ago.

The division is considered by most to be the best in the NFL headed into this season, and the Cardinals will have to make a name for themselves early if they want to be playing meaningful games toward the end of the schedule.

Opening on the road against the 49ers without fans isn’t as daunting of a task as it would be in a normal year, but the 49ers are out to prove they’re not going to have a down season after falling short in the Super Bowl, and Jimmy Garoppolo has a chip on his shoulder after what was a disappointing performance in the loss to Kansas City.

I think the revamped Cardinals roster will pick up their stride as Murray and Hopkins develop chemistry together, but I don’t think it’ll be enough in week one without preseason games or a normal training camp under their belts.

We should see some flashes of what’s hopefully to come for this explosive Kingsbury offense this season, but I don’t think it’ll be enough to beat the 49ers out of the gate.