PREDICTIONS: Can the Arizona Cardinals improve to 2-0 for the first time since 2015? 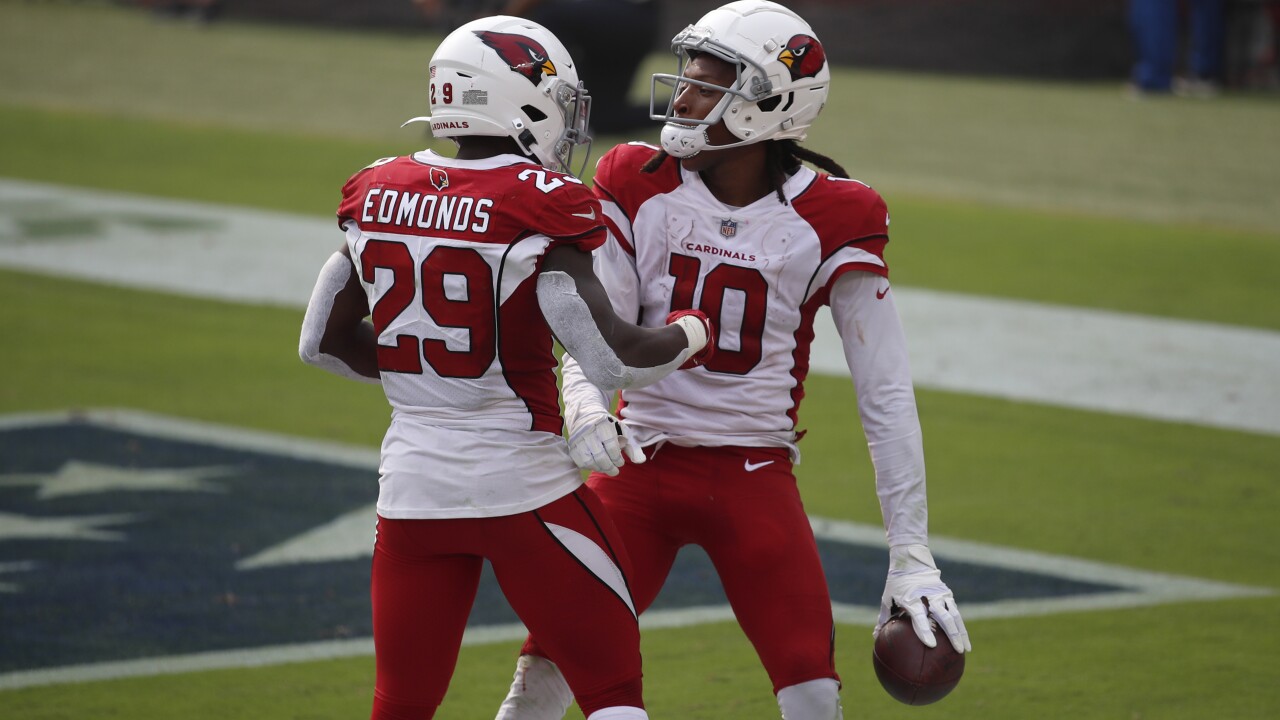 GLENDALE, AZ — The Arizona Cardinals and the Washington Football Team are both coming off of impressive Week 1 wins.

The Cardinals took down the reigning NFC Champions 24-20, with impressive offensive drives and defensive stands in the fourth quarter. Washington picked up eight sacks and scored 27 unanswered points in their comeback win against Philadelphia.

So who will carry that momentum into Week 2? Here are predictions from the ABC15 sports team.

Kyler Murray led the Cardinals rushing attack against San Francisco with 91 yards, while DeAndre Hopkins finished his first game in red with a career-high 14 catches for 151 yards.

And perhaps even more surprising, the Arizona defense came up with two big plays to seal the win; a huge goal-line stop on 4th down and a pass breakup by Byron Murphy Jr. late in the game to secure a 24-20 win. They also held the Niners to just 2-of-11 on third-down conversions.

While the Cardinals were winning a season opener on the road for the first time since 2010, the Washington Football Team was beating up on the Philadelphia Eagles at home (27-17). In fact, Washington held the Eagles scoreless in the second half, holding Philly to just 265 total yards of offense while picking up an amazing eight sacks.

That’s enough to put a scare into you if your first name starts with a “K”. (Kliff Kingsbury & Kyler Murray)

After falling behind 17-0, Washington scored 27 unanswered points in the win… while the Cardinals were beating the defending NFC Champs in Santa Clara.

So, after all of that, I’m sticking with the home team, looking to move to 2-0 in the early season.

What a win last week. Getting a late go-ahead score and then a defensive stop to take down the reigning NFC champs is a heck of a way to start to build what the Cardinals hope is something special this season.

I don't want to put the cart too far in front of the horse here, but a 5-0 start to the season isn't exactly unthinkable.

This isn't some knee-jerk reaction to one win, but just look at their schedule over the next month -- Washington, Detroit, Carolina, and the woeful Jets. The Cardinals will be favorites in every single one of those games.

Despite scoring 27 unanswered points in a comeback win against the Eagles, I do not think the Washington Football Team is a good football team.

Rushing the passer is far and away their best strength, but getting to Carson Wentz is quite a bit different than chasing down Kyler Murray.

The Cardinals made Nick Bosa and the 49ers pass rush look almost invisible last week. And when it comes to Kyler and the Cards offensive weapons outperforming Dwayne Haskins and company, I'll take Arizona 10 times out of 10.

The Arizona Cardinals' revamped offense clicked a lot faster than just about anyone predicted in Week 1. Kyler Murray and DeAndre Hopkins were efficient, focusing on short routes that produced a lot of yards against a very good San Francisco defense.

I expect them to open things up a little bit with deep routes, giving Hopkins another game with more than 100 yards receiving, against a pass defense that allowed tight end Dallas Goedert to pick up his first 100-yard game of his career in Week 1.

Washington’s defense picked up eight sacks, limited Philadelphia to just 57 yards rushing, and kept the Eagles scoreless in the second half. But stopping Kyler Murray and Kenyan Drake from running, however, is a much different story than Carson Wentz and Boston Scott.

I expect the Cardinals to score early and often against Washington, and start 2-0 for the first time since 2015.