PREDICTIONS: Can the Arizona Cardinals bring home a win against Cowboys Monday night? 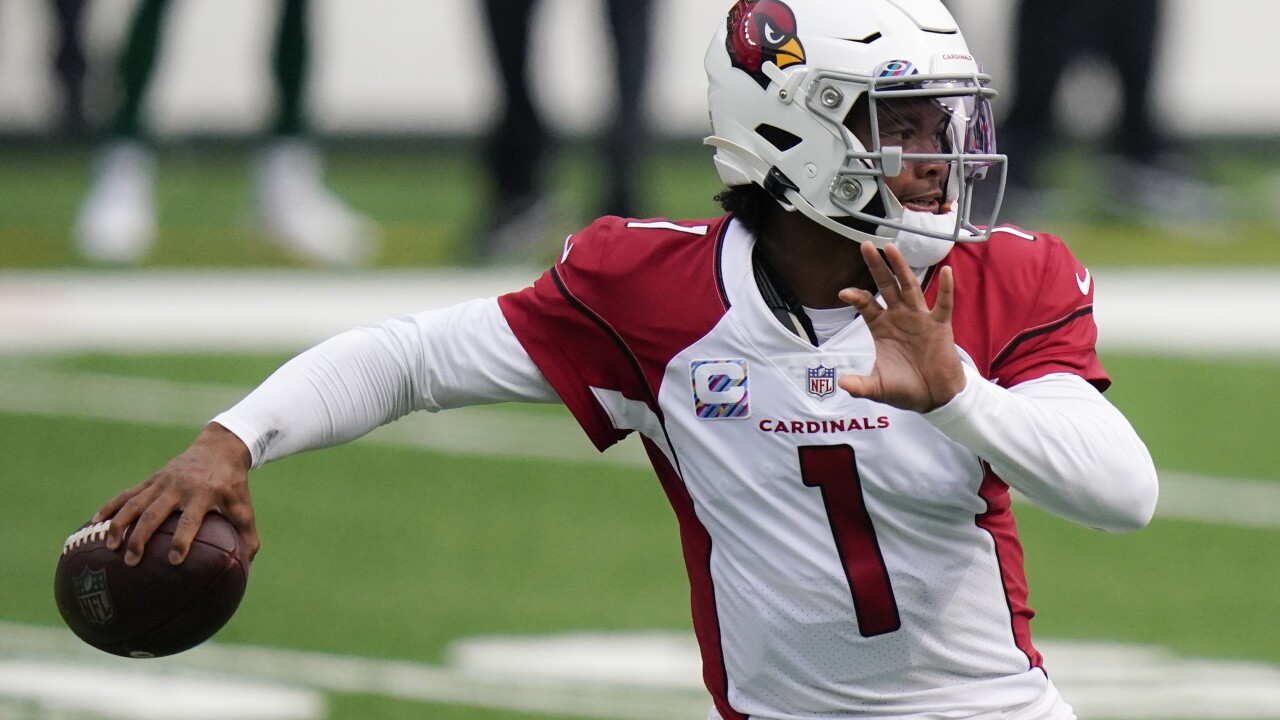 The Cardinals travel to face the Dallas Cowboys at AT&T Stadium. Kingsbury is from north of San Antonio and was a star high school football player before playing and coaching at Texas Tech.

Murray was a phenom in the suburbs of Dallas and won three state championships. They'll go against a Dallas team that also has homegrown talent. Quarterback Andy Dalton is from the Houston area and played in college at TCU.

Will the Cards advance to 4-2 for the season? Here are predictions from the ABC15 sports team.

Kyler Murray will make his Dallas homecoming, playing in his first NFL game in Texas. That alone should give this game a little extra juice! Add to that, the Cowboys are without Dak Prescott, which becomes a much more even playing field than first thought.

BetMGM has the Cardinals as 2.5-point favorites over the Cowboys, making this the fifth straight week the Cards have been favored. And yes, the only reason is because Prescott is out of the lineup and Andy Dalton is in.

But keep in mind, Dallas is leading the NFL in total yards, so the Cardinals defense has their work cut out for them, Prescott or no Prescott. The Cowboys are also third in points scored per-game, so again, this is no picnic for the defense.

Defensively, Dallas is giving up over 404-yards-per-game, so I expect Kliff to stick with last week’s game plan and throw the ball deep and run right at them. Running north-and-south is key for Kenyan Drake and Chase Edmonds and getting Kyler to throw downfield will loosen the Cowboys front-seven and allow the offensive line to open some big holes.

I do expect Kyler to have a few butterflies, given this is his first pro game in Dallas. But I think his desire to impress friends and family (and beat his hometown Cowboys) will create enough to offset the jitters.

Historically, the Cardinals haven’t been good in prime-time games. In their last five-night games, the Cards have gone 0-4-1... so there’s a bit of a hill to climb there.

Who's ready for some primetime football on Monday night? It's been over three full years since the Cardinals last played on the big stage of MNF, and coincidentally enough, that was also against the Cowboys in a 28-17 loss at home in Glendale. Obviously, the makeup of the two teams is vastly different now. Both have different head coaches, the Cardinals have their franchise QB in Kyler Murray, who has never lost a game at AT&T Stadium (6-0 in high school and college). Dak Prescott and Ezekiel Elliott powered the Cowboys to the win last time, but no Dak this time around.

Prescott was leading the NFL in passing when he went down with his ankle injury. Not only was he playing at an extremely high level, but he's the unquestioned leader of this Cowboys football team. It's going to be extremely hard to replace the emotional impact he has on the team. As for the on-field production, I don't think any team in the league had a better backup situation for the worst-case scenario. I think Andy Dalton is a good quarterback. Those offensive lines he played behind near the end of his tenure in Cincinnati were awful. I don't know that the Cowboys offense will be rolling quite like it was with Prescott, but I don't expect much of a drop-off.

The Cowboys have one of the best wide receiver trios in the league, so that will be quite the challenge for the Cardinals secondary, but the key to me is Ezekiel Elliott. If they can sustain drives and run the clock, that is the best defense for Kyler Murray. If the Cards defense can continue to get off the field on 3rd down and put the ball in the hands of Kyler, DeAndre Hopkins and co., it's going to be a long night for a Dallas defense that ranks dead last in points allowed.

The Cardinals defensive numbers are some of the best in the league across the board, but they have yet to play any offenses with this many weapons. Not having Chandler Jones is a crushing blow, and one I think the Cards will feel on Monday night.

Arizona can improve to 4-1 in its last five MNF appearances with a win in Dallas, but I think the home team squeaks one out on the back of Zeke.