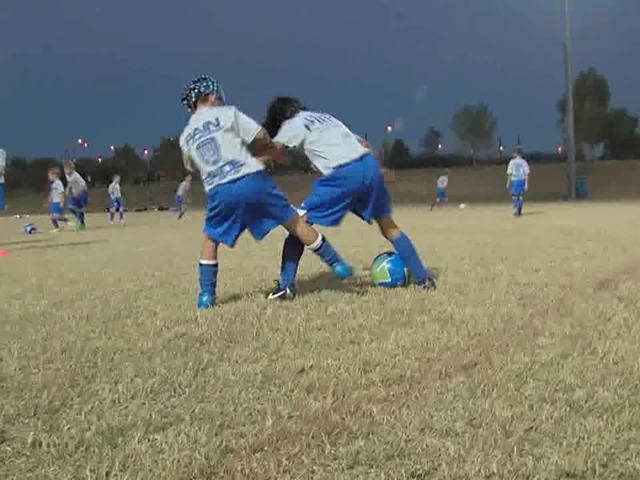 In honor of the World Cup, Small Stars is headed to the soccer field to check in on some future soccer stars. 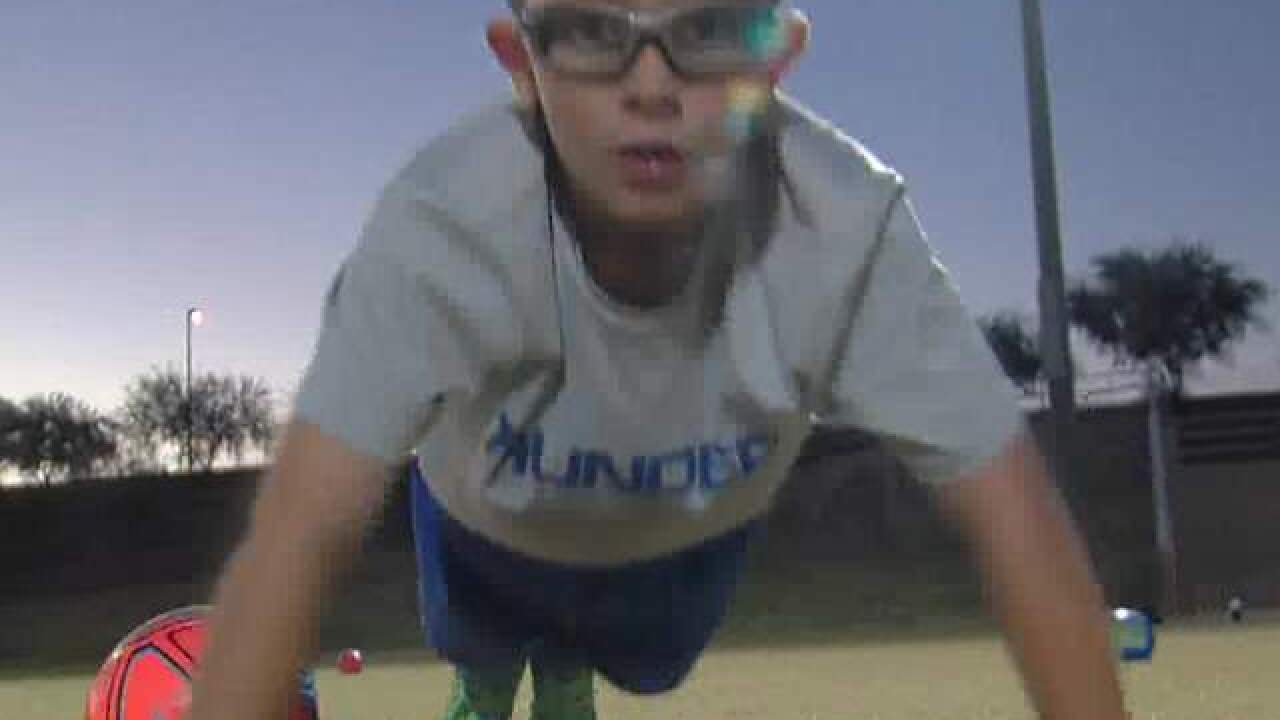 The U9 Thunder are hard at practice and as 8-year-old Andrew tells us, this drill gives the guys something to play for, “We’re doing 1 v. 1 and whoever has the ball at the end, they uh, they win and whoever uh, lost has to do 15 push-ups!” Uh oh, looks like Andrew lost!

Carson’s been going hard at it in the 1 v. 1 drill and he tells us, he’s actually learned a new move this season, “Um, probably the Meridana.” It’s a move Carson’s now calling his best. “It’s when you like touch the ball with your right foot," Carson tells us, “And then spin all the way around and then go.” Sound like a pretty cool move, Carson. Well done!

He’s also been playing since he was very young and the bandana, well, that’s become his trademark. “Well, I’ve played since I was three and I just always wear bandanas.” But this one has special meaning for Carson. “Um, ‘cause it’s blue and that’s our Thunder colors.”

Meanwhile, Andrew’s a bit stuck, trying to put on one of those practice vests!

While Andrew struggles, Armando tells us, he likes soccer, but he also has a favorite subject in school too! “Uh, Social Studies.” And what do you like about Social Studies Armando? “Um, I think learning about the government or something.” Tough subject!

Eight-year-old Cooper says he likes soccer because of all that’s involved with the sport! “Um, just the communication and passing and shooting goals, and a lot of stuff like that," he told us.

Uh oh, Andrew’s working on another vest! While Andrew struggles, eight-year-old Ian sums it all up for us. “Um, it’s really fun ‘cause you get to move around a lot and then you can, you can communicate and I just think it’s really fun!”