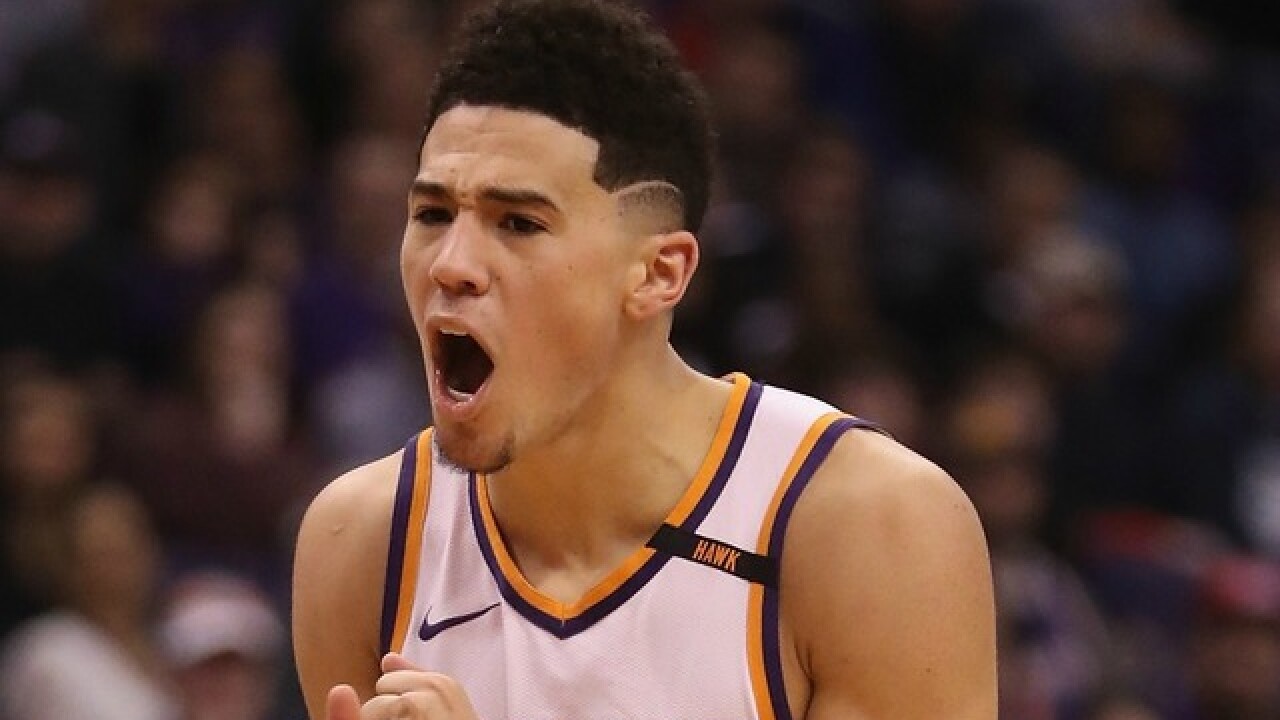 PHOENIX — The Phoenix Suns enter the 2019-2020 season on a nine year playoff drought and looking to improve on their second worst season record (19-63) in team history.

The offseason roster shakeup has many fans optimistic, but the development of last year’s young players is even more important.

Shooting guard Devin Booker is entering his fifth season in the NBA and ranked eighth in the league for scoring last year (26.6 ppg). Despite that, the team has never made the playoffs, and the 22-year-old has never been voted onto an NBA All-Star team.

“That’s not all the criteria for an NBA All-Star. Team success is a major role in that,” Booker said. “I’ve been aware of it. We just have to figure it out here.”

Booker says making the playoffs for the first time is his number one goal and more important to him that making the All-Star team.

“We have to get wins. Playoffs are more important to me than All-Star. But I think they’ll go hand-in-hand if they both happen,” he said.

Booker says offseason pressure on him about playing for national teams and viral pickup game videos circulating on social media don’t concern him.

“There’s no pressure that someone can put on me, more than I can put on myself,” Booker said. “Every goal I have, achievement I have, is so far beyond the little criticism I get. I have to keep pushing.”

Booker says he’s focused on his own goals for the franchise, like the development of second year center Deandre Ayton.

“I want him to fulfill greatness. I want to see him leave his legacy here. He has that capability. He has that mindset. And he has that work ethic,” Booker said.

Ayton averaged 16 points and 10 rebounds in his rookie season.

“Dominating the game,” Ayton said when asked what his goal is headed into this season. “I want that to be something I’m known for. [...] Dominating the post more, defense, and the three-ball.”

The Phoenix Suns start the preseason October 8 against Minnesota and the regular season opener is October 23 against Sacramento.