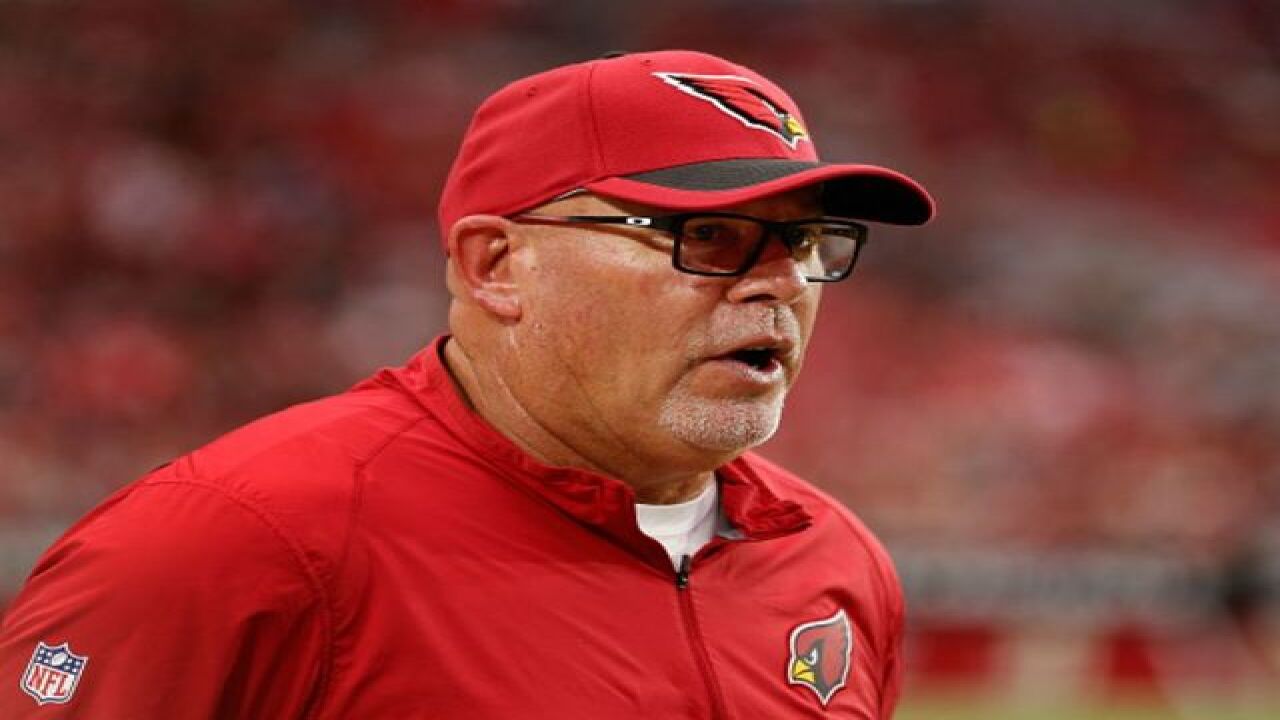 Arians retired on Jan. 1, 2018 after five seasons as Cardinals head coach. "There's so many reasons for the decision, but family is the (biggest) one," Arians said during his retirement announcement.

ESPN's Adam Schefter reported the Cardinals will reportedly receive a sixth-round draft pick from the Buccaneers in exchange for a seventh-round pick and the rights to Arians.

NFL initially told Buccaneers no compensation needed to hire Bruce Arians. But Cards made late argument to NFL that they held Arians’ rights. Rather than having a protracted dispute, Bucs sent a 6th-round pick to Arizona for Arians’ rights and a 7th-round pick, per source.

The 66-year-old Arians worked as an NFL commentator for CBS in 2018 but expressed interest in the Cleveland Browns head coaching position in November. "Cleveland is the only job I would consider," he said at the time. Arians served as the offensive coordinator for the Browns from 2001-03.

After his time in Cleveland, Arians was the wide receivers coach and later the offensive coordinator for the Pittsburgh Steelers. He helped guide the Steelers to two Super Bowl championships, including a Super Bowl XLIII win over the Cardinals in 2009. He then served as offensive coordinator and interim head coach for the Indianapolis Colts, and he was named the Cardinals' head coach before the 2013 season. He guided the Cardinals to three consecutive playoff appearances, including the NFC Championship Game in the 2015 season.

Arians will replace former ASU head coach Dirk Koetter, who was fired by Tampa Bay after the 2018 regular season.