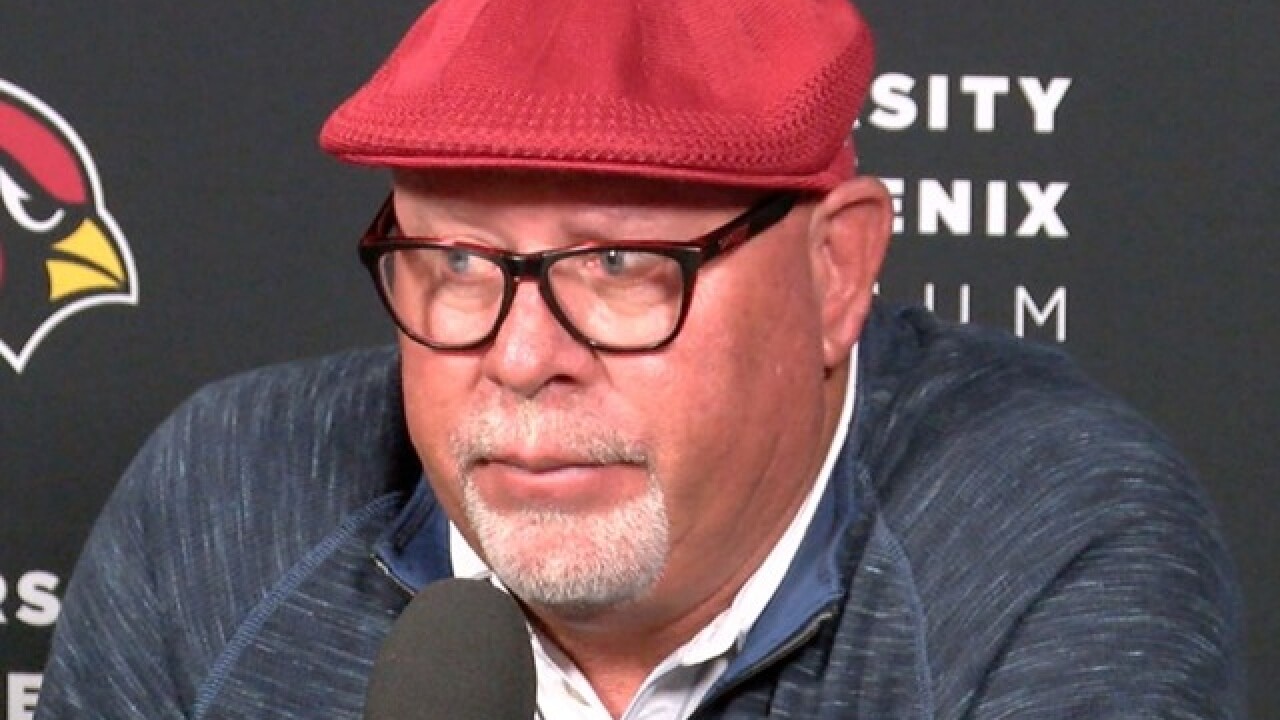 Former Arizona Cardinals head coach Bruce Arians said he would consider coming out of retirement to coach again, but for only one team: the Cleveland Browns.

“Cleveland is the only job I would consider,” the 66-year-old Arians, who retired at the end of the 2017 season after five years at the Cardinals helm, told the Canton Repository.  Arians is now part of the CBS NFL broadcasting team and was in Cleveland on Sunday to call the Browns' game vs. the Kansas City Chiefs.

Arians served as the offensive coordinator for the Browns from 2001-03. The Canton Repository's Steve Doerschuk reported Cleveland is the one head coaching job Arians really wanted. "He has been around, seeing with his own eyes how it was when the old Browns were winners," Doerschuk wrote.

After Cleveland, Arians was the wide receivers coach and later the offensive coordinator for the Pittsburgh Steelers. He helped guide the Steelers to two Super Bowl championships, including a Super Bowl XLIII win over the Cardinals in 2009. He then served as offensive coordinator and interim head coach for the Indianapolis Colts, and he was named the Cardinals' head coach before the 2013 season. He guided the Cardinals to three consecutive playoff appearances, including the NFC Championship Game in the 2015 season.

Arians is a two-time NFL coach of the year -- with the Colts in 2012 and the Cardinals in 2014. He recalled Cleveland fondly before the Cardinals faced the Browns in 2015.

“There were great, great years in Cleveland," he said in 2015. "The greatest game ever was the beer bottle game. Ever seen 40,000 beer bottles thrown on the field at one time? That’s Cleveland.”