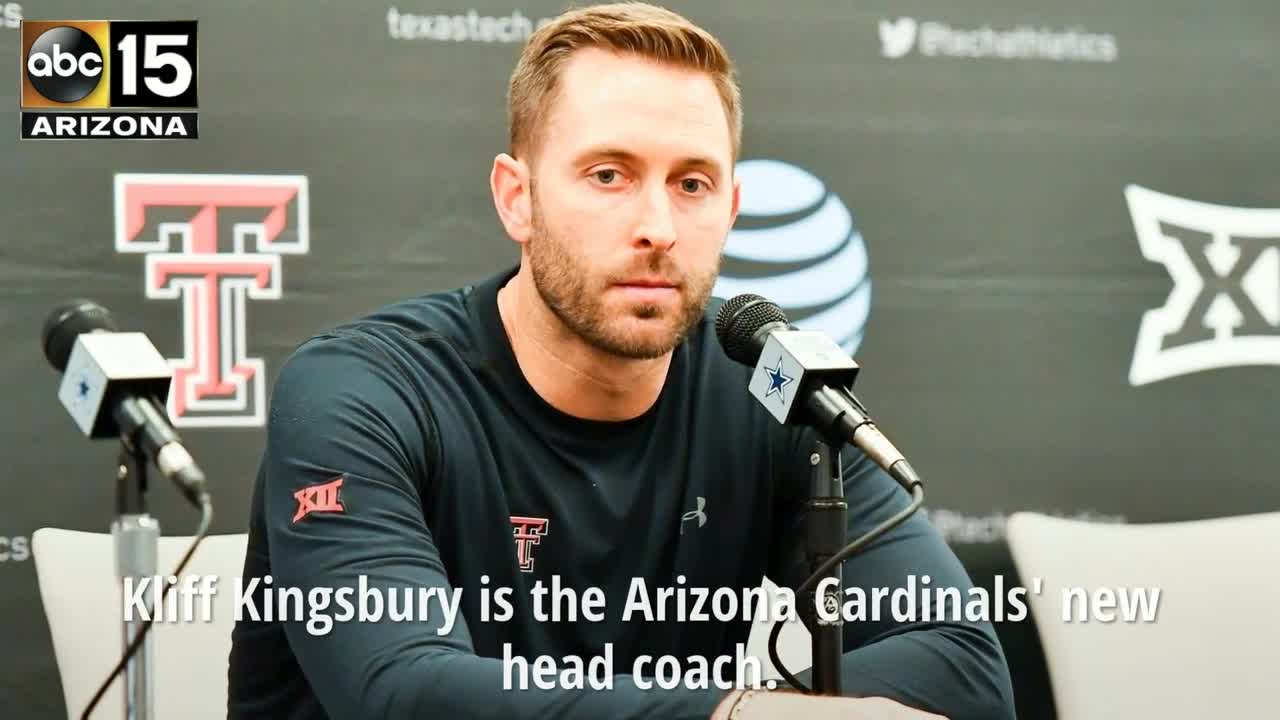 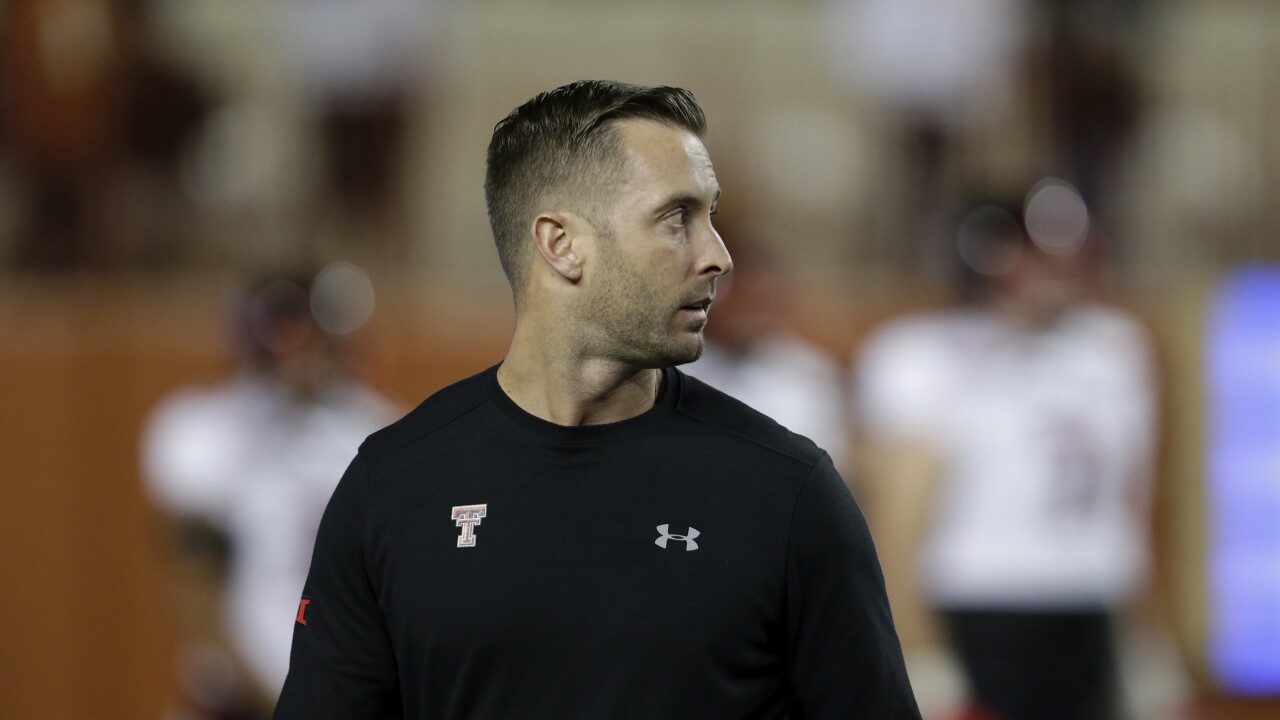 The Cardinals have given Kingsbury a four-year contract with a team option for a fifth year. The Cardinals will hold a press conference to introduce Kingsbury at their training facility in Tempe at 1 p.m. Arizona time Wednesday.

The 39-year-old Kingsbury was fired as head coach of Texas Tech in November after posting a 35-40 record in six seasons with the Red Raiders. He previously served as offensive coordinator and quarterbacks coach at Houston and Texas A&M, where he worked under current Arizona Wildcats head coach Kevin Sumlin. He has never coached in the NFL.

A new King in the Nest.#KardsGotKliff

Kingsbury was a quarterback at Texas Tech and spent time as a QB with the Jets, New England Patriots and New Orleans Saints, as well as the Winnipeg Blue Bombers of the Canadian Football League and the Cologne Centurions of the now-defunct NFL Europe.

Kingsbury had been named USC's new offensive coordinator in early December, but per reports, USC athletic director Lynn Swann initially disallowed Kingsbury from interviewing with the Cardinals and New York Jets for their vacant head coaching positions. Kingsbury reportedly interviewed with the Jets on Monday.

The Cardinals were last in the NFL in a number of offensive categories in 2018. At Texas Tech, Kingsbury built one of the most prolific offenses in college football.

He coached quarterback Patrick Mahomes, who threw an NFL-best 50 passing touchdowns for the Kansas City Chiefs during the 2018 regular season and is the favorite to win the 2018 NFL MVP award. The Red Raiders have been in the top 20 in total offense in each of the last four seasons, including No. 1 overall in 2016.

The Cardinals hope Kingsbury can continue to develop quarterback Josh Rosen, whom the Cardinals selected with the 10th overall pick in the 2018 NFL Draft. Rosen reportedly met with several of the Cardinals' head coaching candidates.

Patrick Mahomes, without yet knowing Kliff Kingsbury's destination, on what kind of NFL head coach he would make:

"I know he'd be able to relate to quarterbacks." pic.twitter.com/Vikgk8m0Lg

Next up: Josh Rosen

The Cardinals fired Steve Wilks on Dec. 31 after just one season as the team's head coach. The Cardinals posted an NFL-worst 3-13 record in 2018, matching their worst mark in their 31 seasons in Arizona.

"Really honored to be here. Excited to get to work." - @KliffKingsbury#KardsGotKliff pic.twitter.com/xlBFyKs28i

Kliff about to get the Cardinals TOO TURNT UP 😂 (via Texas Tech Red Raiders/YT) @KliffKingsbury @AZCardinals pic.twitter.com/E0dPqENEfD