Some state data is suppressed, or missing in Arizona's new database 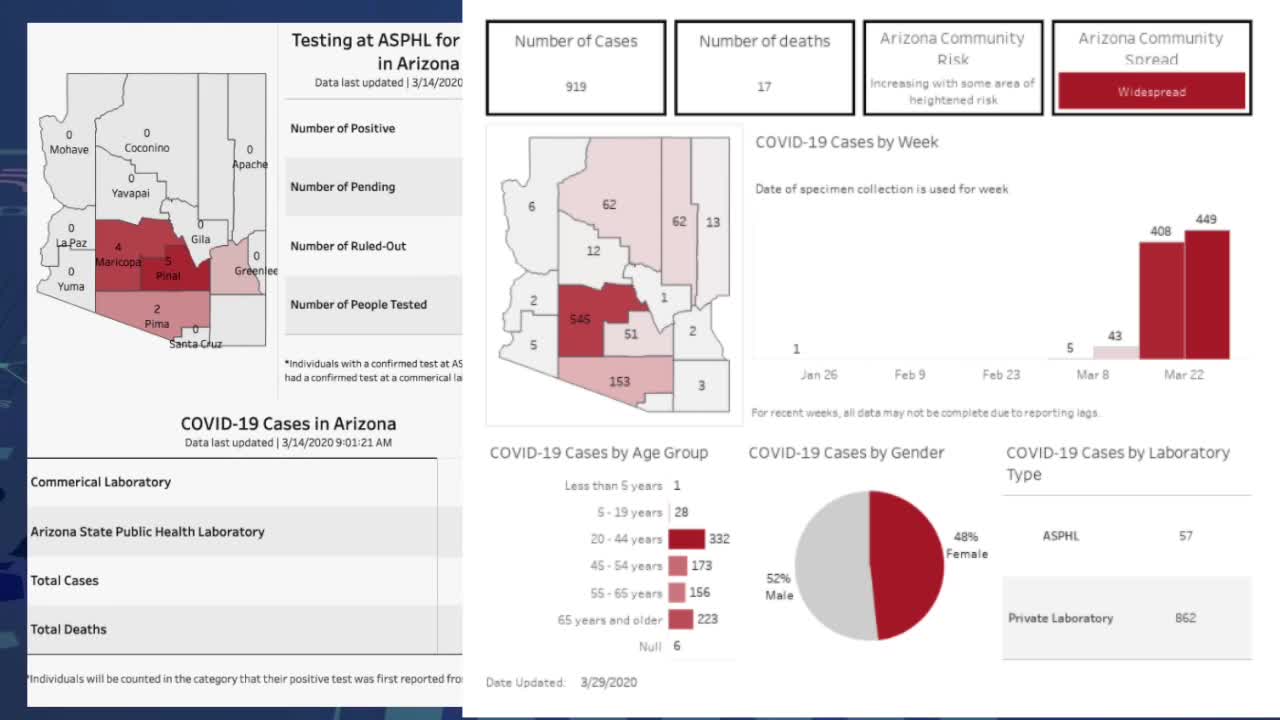 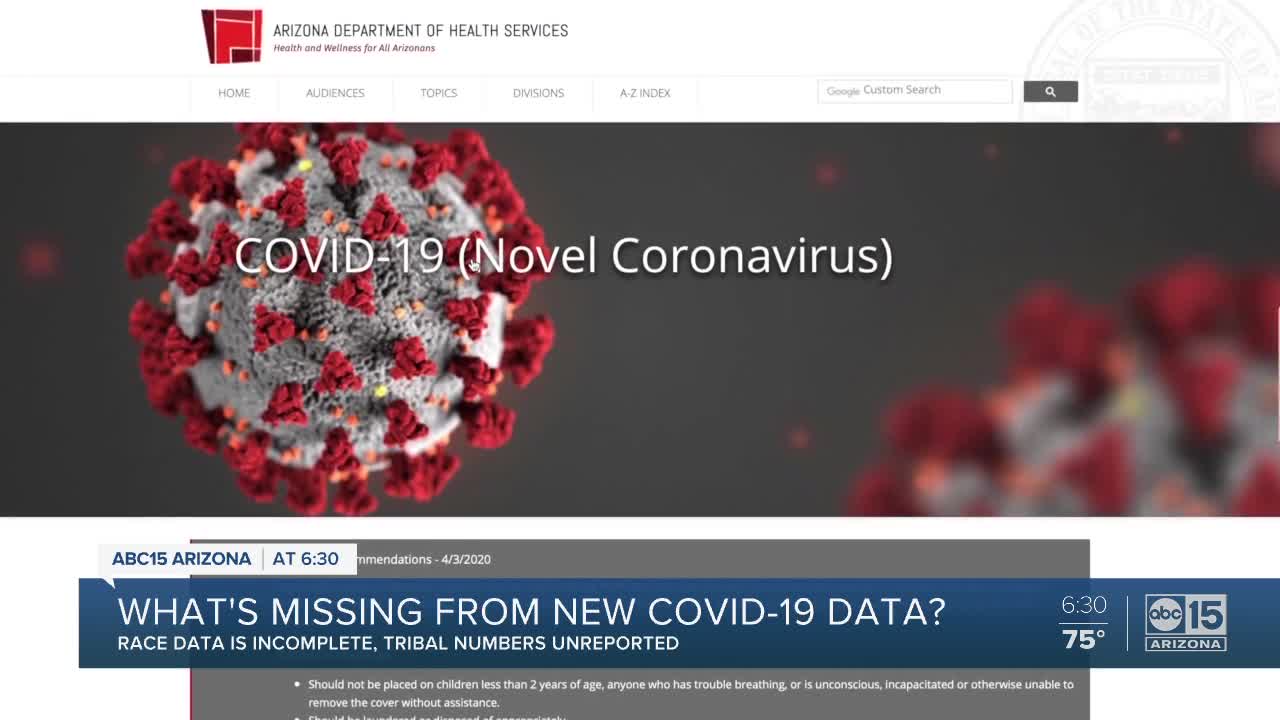 State leaders in Arizona have done a data drop of information related to COVID-19 cases, but some key pieces are missing or suppressed at this time.

The state released a database of hospitalizations, medical equipment in use like ventilators, cases by zip codes and other pieces of information on Sunday. However, ABC15 is told it's not from public pressure, but that the state has been working to get complete, clean data to give to the public.

"We've been working overtime to refine our data, to make sure it’s as clean as possible and then to prepare it in a way that’s accessible to public view," said Jessica Rigler, Assistant Director at Arizona's Department of Public Health.

While data like race/ethnicity is now on display, it is noticeably missing many cases, 63 percent, which have been marked unknown. Rigler told us the reason for this is most cases reported to the state are from private laboratories, which do not have race/ethnicity reporting requirements. We later contacted AZDHS to follow up if this data would be filled in later. A spokesperson told us that if county health departments fill in race/ethnicity data while they are investigating cases, the data will be publicly reported.

ABC15 analyzed the race/ethnicity data provided by AZDHS. With unknowns removed from the file, “White, Non-Hispanic” make up 50 percent of cases, followed by “Hispanic, or Latino” at 22 percent. Native Americans, about 4 percent of Arizona’s population, have been hit particularly hard by the virus, with the group making up a total of 17 percent of cases.

Also, there appear to be some inconsistencies with case counts by zip codes.

The state tells ABC15 that some of the high case counts in some zip codes may be because a person did not have a zip code so their information will be reported in the hospital or testing facility they were tested or treated in.

There is also some data not even publicly available: like outbreaks or numbers of recovered cases.

However, ABC15 data analysts went through the public information last week to find the hidden numbers.

Along with cases by zip code, there are several areas with nothing reported.

Rigler tells ABC15 that those areas have 50% or more of tribal land, and they are waiting for approval from tribal leaders to report their numbers.

The data drop is a win for the public in the fight for transparency.

Former public health director Will Humble tells ABC15 that transparency is needed in a time when health leaders are asking people to make drastic changes in their lives, "people are more likely to follow through when they trust the messenger, and they trust messengers who are transparent," he said.

However, Humble said the data is only as good as the data that is reported.

The state has said that the data coming in is only based on the number of people who are tested, and we know there is not widespread testing.

How many cases could be out there? No one has this answer as the number of people being turned away from testing are not counted.

Rigler said the state does not want the new information released to cause a false sense of security since not everyone is being tested, "I think that's a really important note, what we're showing right now isn't a complete picture and that's because not everyone who wants to be tested can be tested due to the limitation in testing supplies."