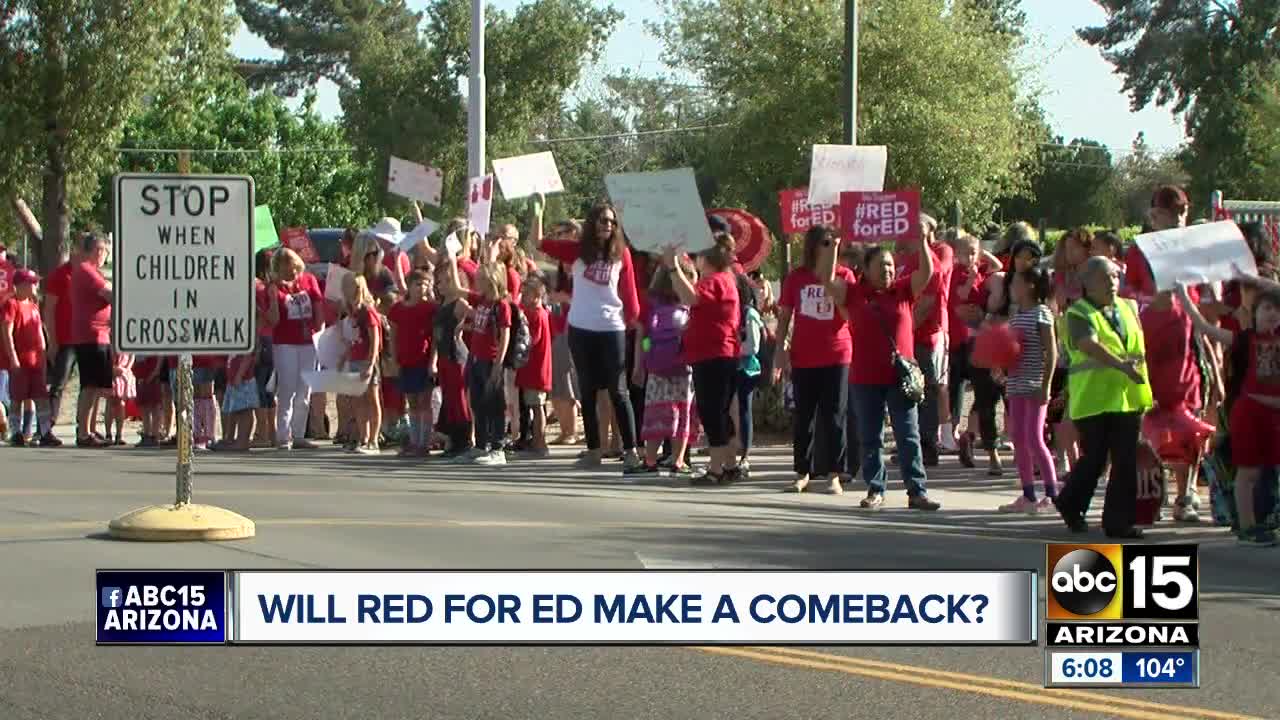 It's a scene most parents and lawmakers won't forget - a sea of red marching through downtown Phoenix to the Capitol.

But as the new school year gets underway, Arizona is still confronted by many of the issues that led to the rise of the Red For Ed movement.

There is still a major teacher shortage and an estimated 1,600 public school classrooms are missing a teacher. Classroom sizes in many schools surpass acceptable levels. Teacher pay, technology, and infrastructure issues persist.

Educators say Arizona needs to spend another billion dollars just to get near the national average. "We spend less on students than we did in 2008," Arizona Education Association President Joe Thomas says. "What needs to happen more than anything is someone in this state needs to listen to teachers."

Phi Delta Kappa, a professional education association, published a national survey which found 55% of teachers are willing to strike for higher pay. The same survey found 74% of parents and 71% of all adults in a community would support a teacher strike for higher pay. It's illegal for teachers to strike in Arizona, but as the Red for Ed movement showed, walkouts work. "Two-thirds of Arizona supports the Red for Ed movement doing whatever it takes to advocate for better schools to get those real dollars into our classrooms," Thomas said.

Teachers will have their list of priorities when the legislature returns in January. Although its an election year, Thomas says educators are not relying on lawmakers.

Instead, there are plans for a ballot initiative, details still to be determined, that provides a permanent source of funding for education. "We're having conversations with multiple parties on what a real investment to education should look like," Thomas says.

"We're willing to work with everybody including the legislature and the governor. The problem is they had the opportunity, they have the dollars to fund our schools and chose not to. We have to find a pathway forward to have great public schools in this state."

Supporters of an education funding initiative will have until July of next year to get the signatures they will need to get an initiative on the 2020 ballot.