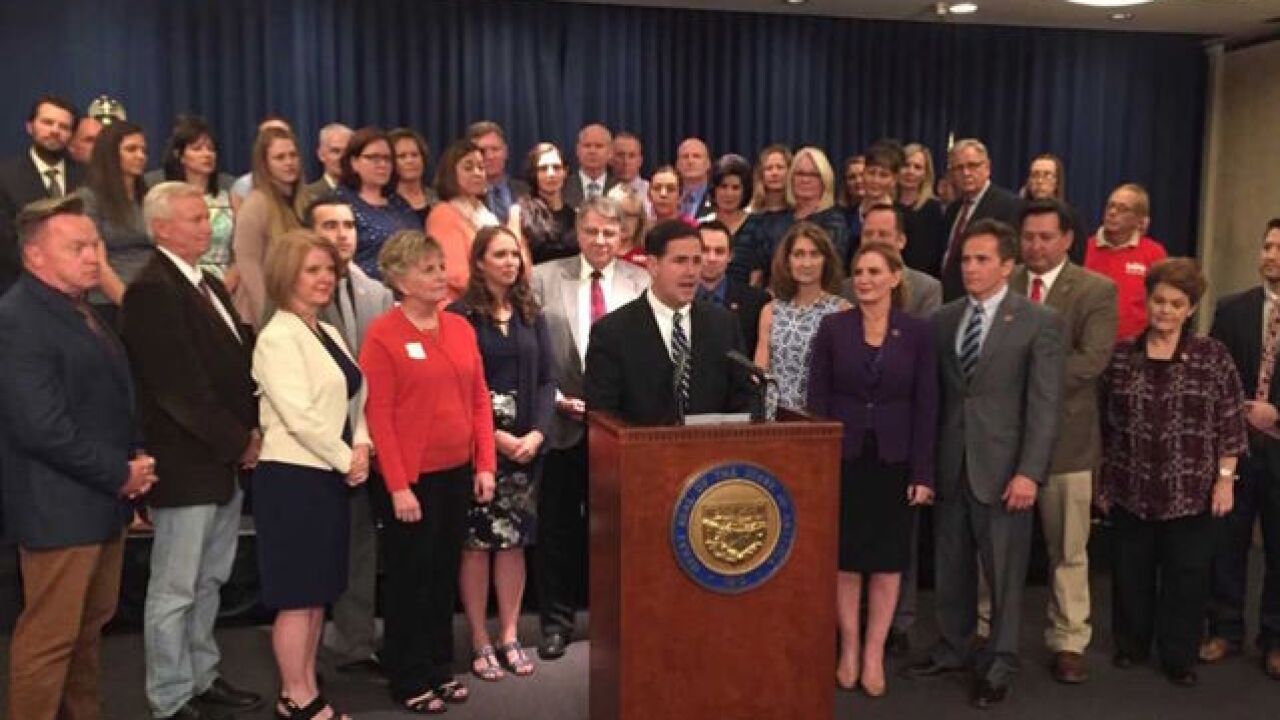 Governor Doug Ducey has announced a plan to give Arizona teachers a 20 percent pay increase by 2020.

The developments come after more than a month of protests at the state Capitol and at schools across Arizona that were sparked by earlier teacher discontent in West Virginia and Oklahoma.

Ducey’s plan would give teachers a 9 percent increase this year, with another 11 percent to come by 2020.

Ducey said in his Thursday press conference the increase would bring the average teacher salary up to $58,130 by 2020.

Arizona teachers are among the lowest paid in the nation. According to the federal Bureau of Labor Statistics, Arizona elementary teachers earned a median wage of $43,280 in 2017 and high school teachers $46,470, the 3rd and 6th lowest in the nation, respectively. Adjusted for local cost of living, federal figures show elementary teachers actually rank 49th in earnings and high school teachers 48th.

Teachers and others held "walk-ins" at more than 1,000 schools Wednesday to draw attention to their demands and the grassroots group had said a strike could be possible as a next step.

House Speaker J.D. Mesnard earlier on Thursday outlined his own separate plan to boost teacher pay by 6 percent in the coming school year with annual increases that could lead to a 23 percent increase at the end of five years. However, his proposal does it by redirecting cash already committed or planned for school districts in coming years, so school districts would feel the squeeze.

Take a look at the map below for average salary figures for school districts across the state.