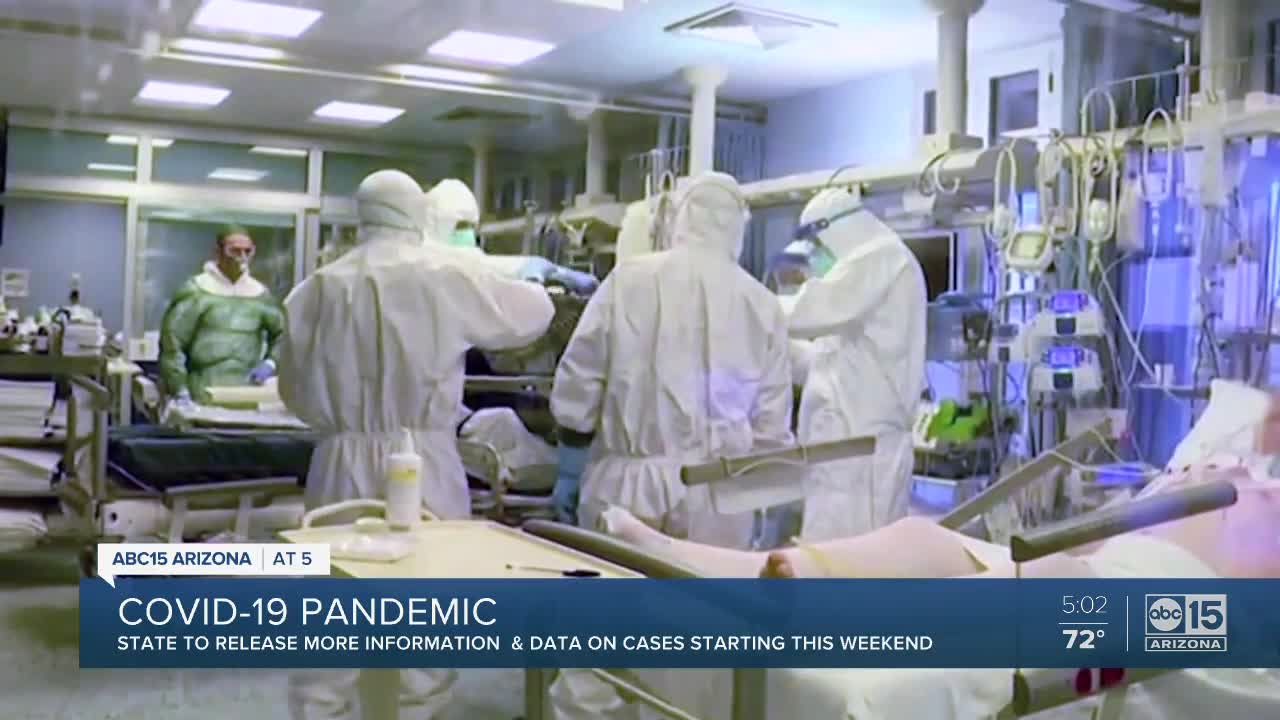 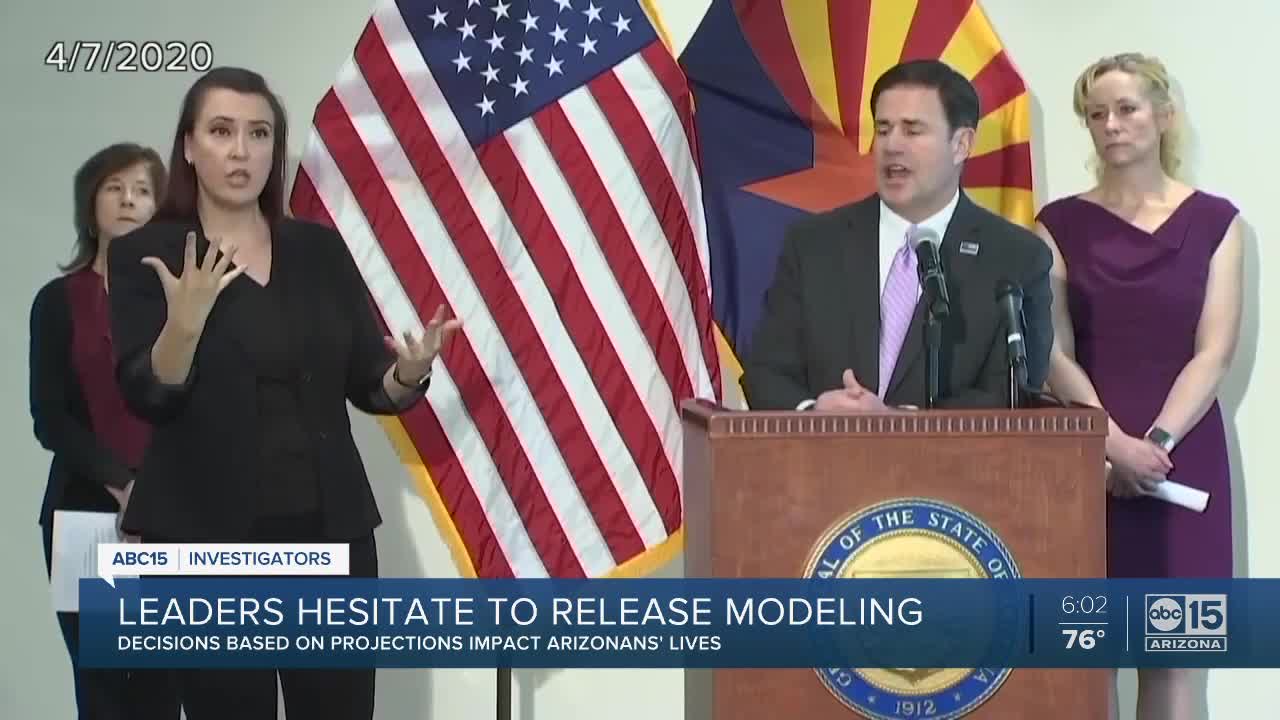 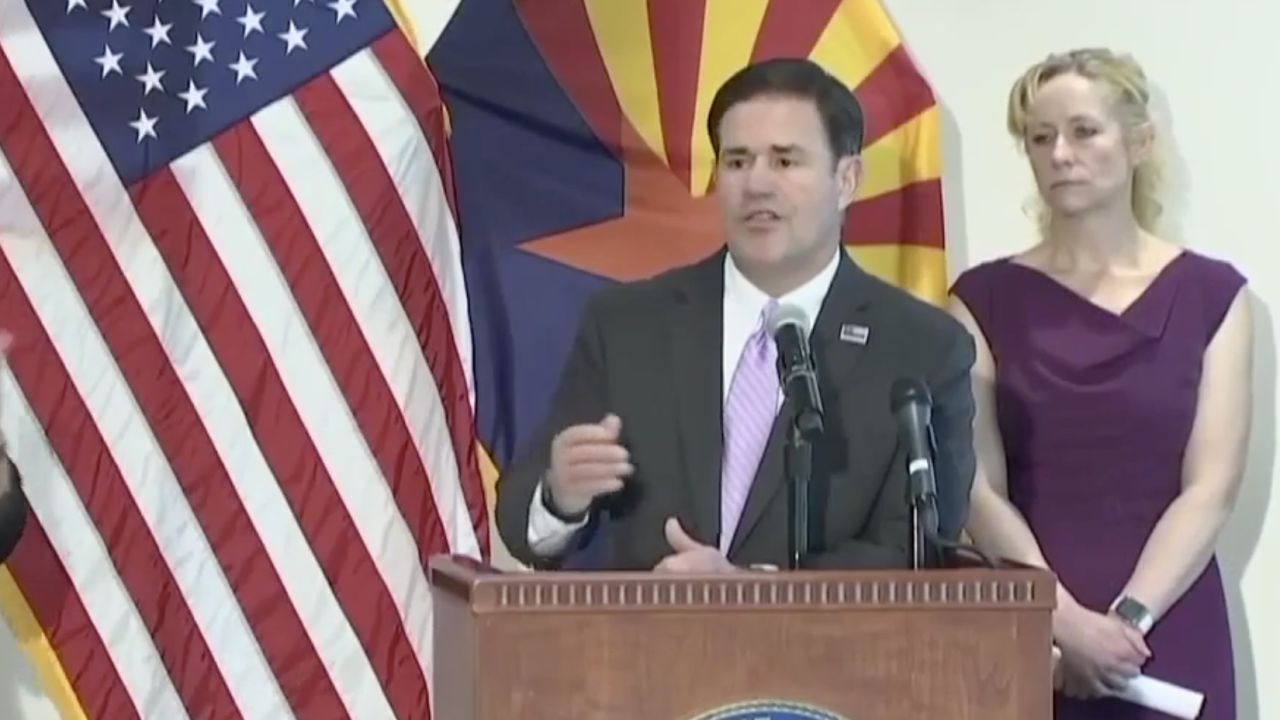 Arizona Governor Doug Ducey makes a promise almost every time he talks publicly about COVID-19. "I've made a commitment that we are going to be timely and transparent," he said on March 30. "When I know something. you're going to know something."

For weeks, ABC15 has known the Arizona Department of Health Services has a coronavirus modeling team. The group is tasked with using data to making educated guesses about what will happen next. The ABC15 Investigators have repeatedly asked to see the models and calculations, but they have not been released.

Several national models do make projections for Arizona, including:

Will Humble with the Arizona Public Health Association is a former ADHS director. He explained why transparency is critical.

"You are asking people, especially during a pandemic, to do some really profound things as far as changing the behavior," Humble said. "You're in a better position as a health department if you have that kind of street credibility that you need - and the trust that you need - among the public, so that when you ask them to do something they trust you."

"It was math that we were doing looking at when we didn't have a lot of data," Christ said. "It was one to two percent of the population projected to be infected. We based then that 6 percent of that population - off of Wuhan - would need hospitalization or have severe. That puts us at about 48- and 84-hundred individuals."

Instead of giving us their full calculations, ADHS gave ABC15 national and international studies it said were being consulted. The agency also provided the names of researchers from Arizona State University and the University of Arizona who are part of the modeling team. They include Prof. Joe Gerald, an expert in tracking health care costs to treat respiratory illnesses, and Prof. Timothy Lant, a director of biomedical modeling.

An ASU spokesman told ABC15 their researchers have now sent their reports to ADHS for review. ABC15 made an official public records request to ADHS, but the models and reports have not been released with no explanation.

"Especially in a declining revenue environment, if the model shows with better clarity there are not as many beds as they had originally anticipated, perhaps that would influence the original executive order and the expectation that the hospital to have under that order," said Humble.

Governor Ducey has been particularly cautious not to discuss how many Arizonans may die from coronavirus. He has ended two press conference when reporters pressed him for answers.