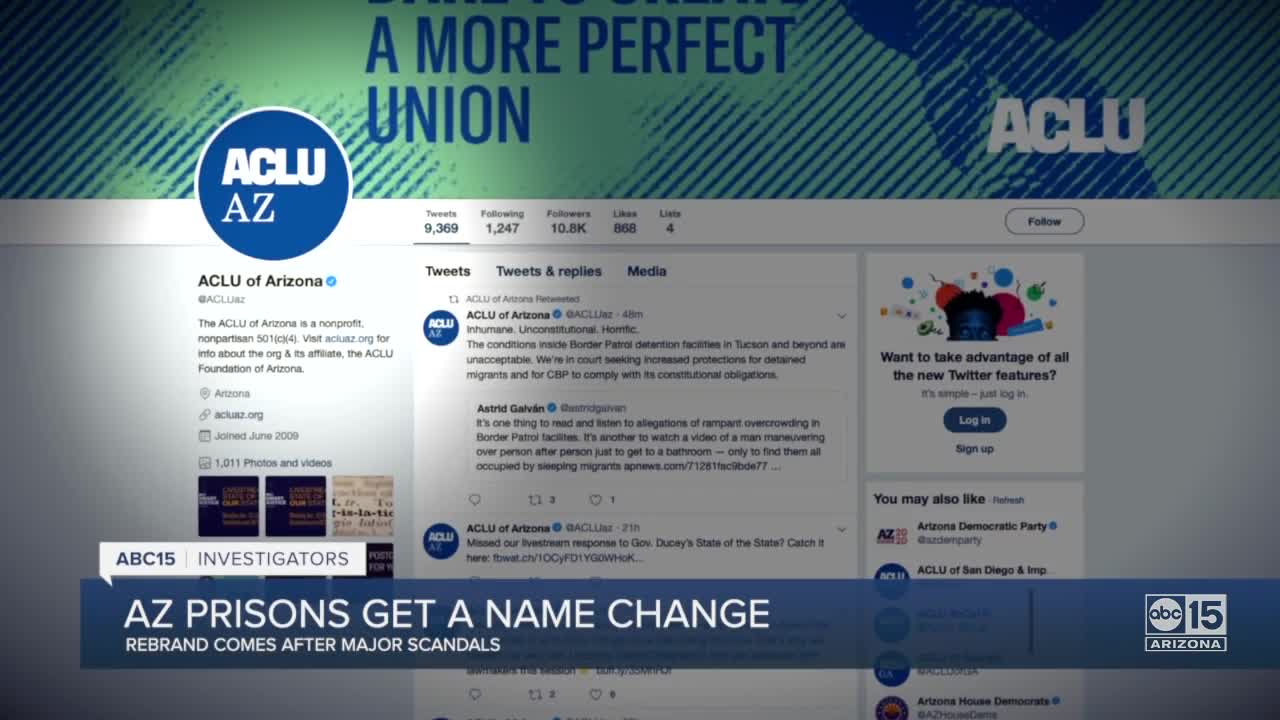 Governor Doug Ducey announced during his State of the State address Monday that the Arizona Department of Corrections will undergo a name change.

PHOENIX — Governor Doug Ducey announced during his State of the State address Monday that the Arizona Department of Corrections will undergo a name change.

The decision to rebrand the embattled department follows a myriad of issues, including a major scandal exposed by ABC15 last year involving cell doors that didn’t properly lock in the Lewis prison complex.

“So, going forward, the Department will take on a new moniker. One that more clearly reflects the agency’s mission: ‘The Department of Corrections, Rehabilitation, and Reentry,’” Ducey said during his speech.

It’s not clear if the department will shed its current acronym, ADC. Corrections officials did not specifically address that question Tuesday.

However, officials said the new name will be phased in soon, and the department is already updating materials.

When asked if the name was changed to rebrand the department’s image following ABC15’s “Unlocked and Unsafe” investigation, a Governor’s Office spokesperson said it was the result of a years-long process.

“This is a process that has been years in the making as the governor tasked the agency to put an increased focus on recidivism reduction and re-entry into society,” said Ben Petersen, the Governor’s communication director. “As the new (prison) director, David Shinn, noted upon his arrival, the agency’s work is about more than corrections — the new name reflects that.”

RELATED: Five takeaways from Ducey's State of the State

He replaced longtime director Charles Ryan, who abruptly retired the business day before the results of a scathing outside investigation was released regarding the broken door locks.

During the State of the State address, Ducey also said his budget will fund the cost of replacing the locks at Lewis. Previous estimates released by the state have put the total figure around $50 million.

The Governor’s comments about the prison system were met with applause during his speech.

However, some attorneys and advocates involved with the state’s prison system expressed concern.

“We applaud this change, and it should come with a firm commitment to rehabilitation,” wrote the ACLU of Arizona on Twitter. “We invite you, Gov. @dougducey, to engage with communities directly impacted by the criminal justice system so we can move the Department forward in a meaningful way.”

“Call it the Department of Wizards and Cumquats if you want,” tweeted Fab, who is also a paralegal and former inmate.

“Adding alliteration to the name doesn’t change policies. Enormous tax dollar expenditures and going to a department that is riddled with problems, decreases safety, and fails in mission. Change the culture not the name.”

The Governor’s Office issued some statistics in support of the name change. The state is touting that 3,900 former inmates have completed Second Chance programs and 2,400 had a job upon release.

No time frame was given for those numbers.

In a separate statement, a corrections spokesperson wrote, “The new name is an opportunity to highlight the Department’s success in reducing recidivism and giving inmates a real second chance through rehabilitation and re-entry programs. The Department is continuing to focus on these efforts and expand these programs. The safe and secure operation of our facilities for our correctional officers and the inmates in our care remains a top priority.”