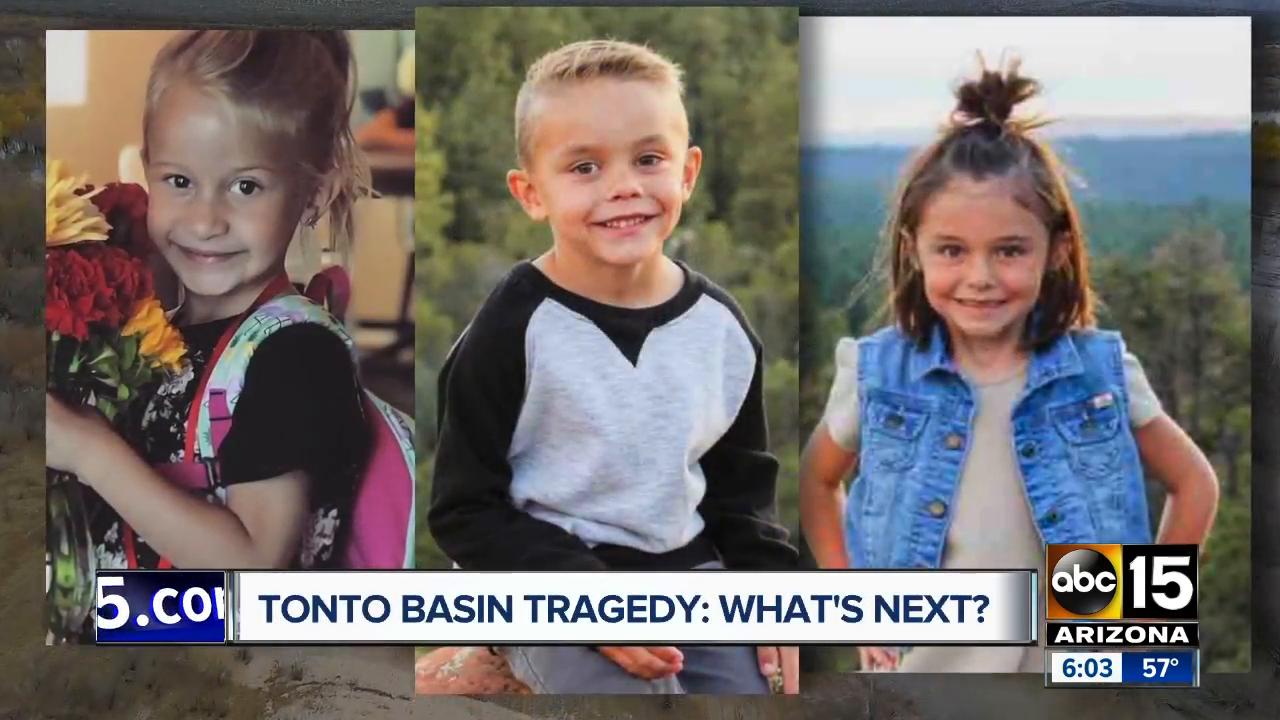 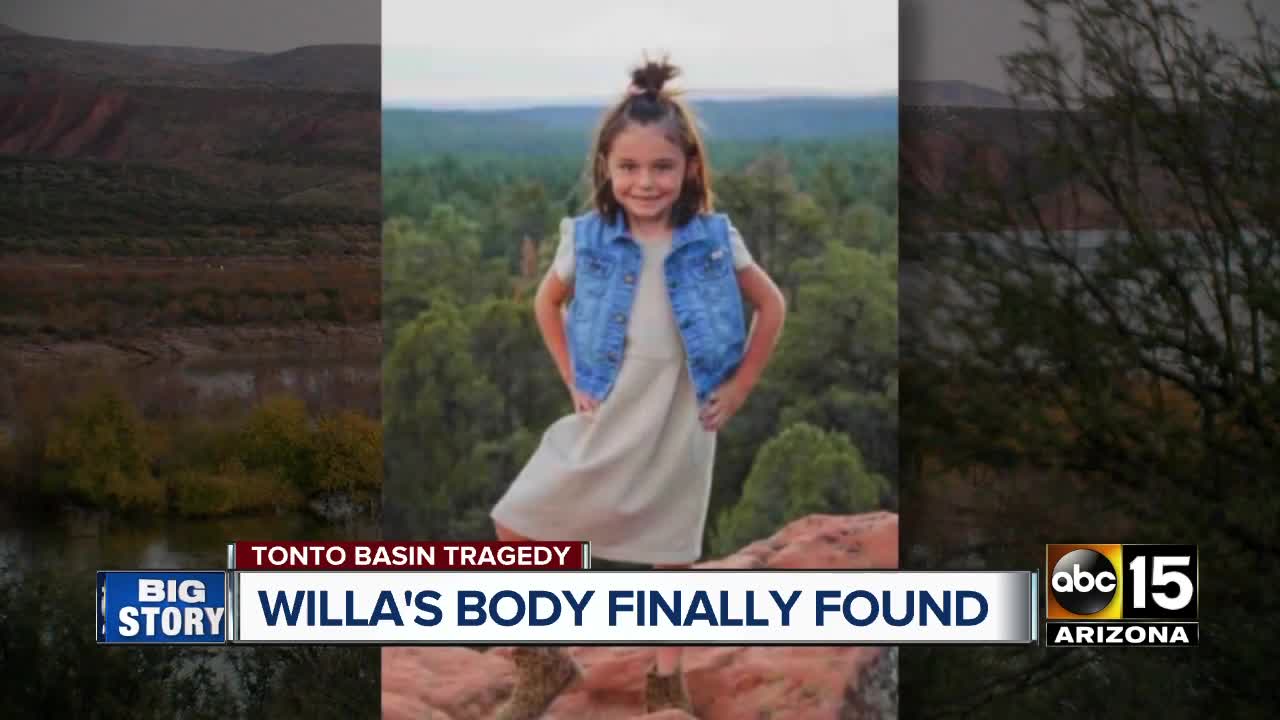 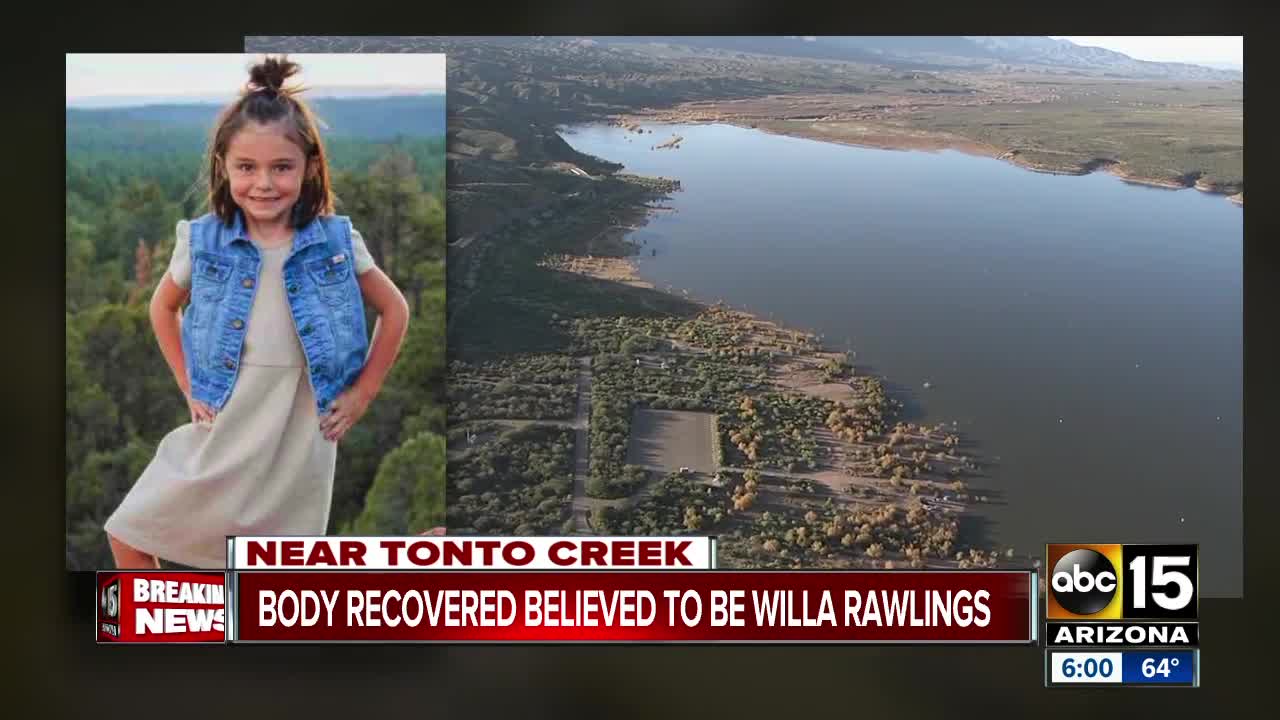 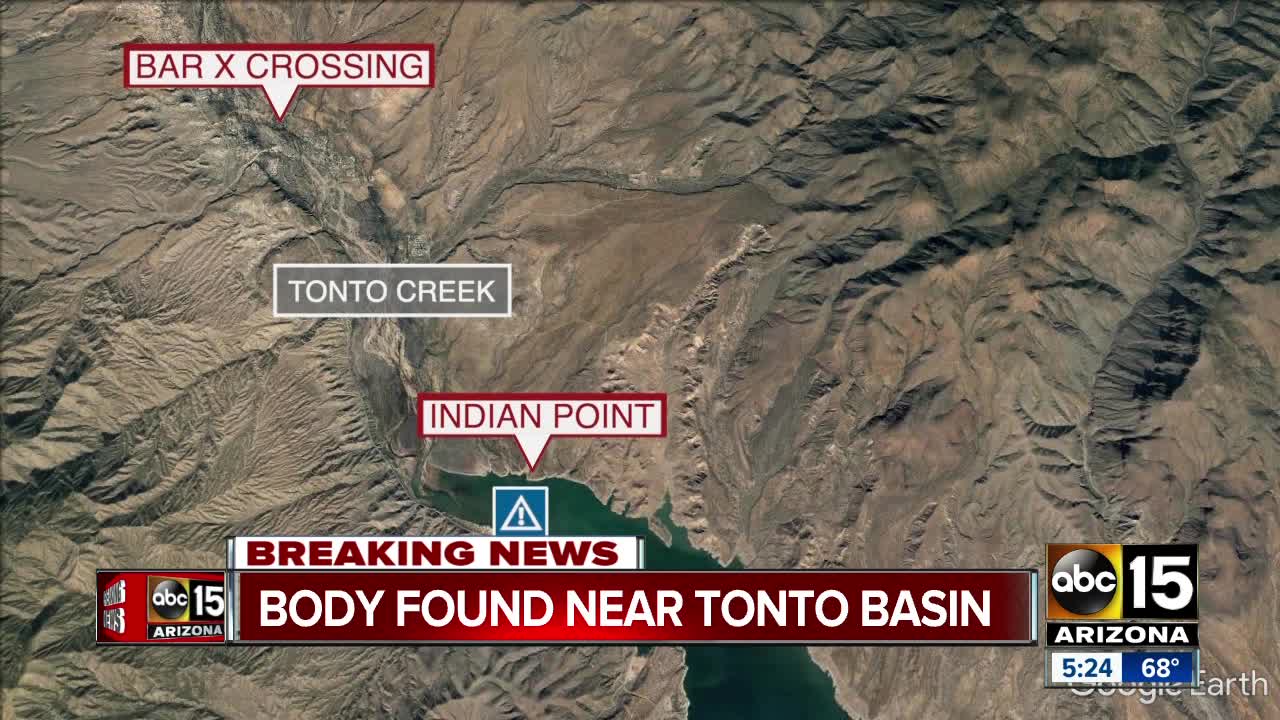 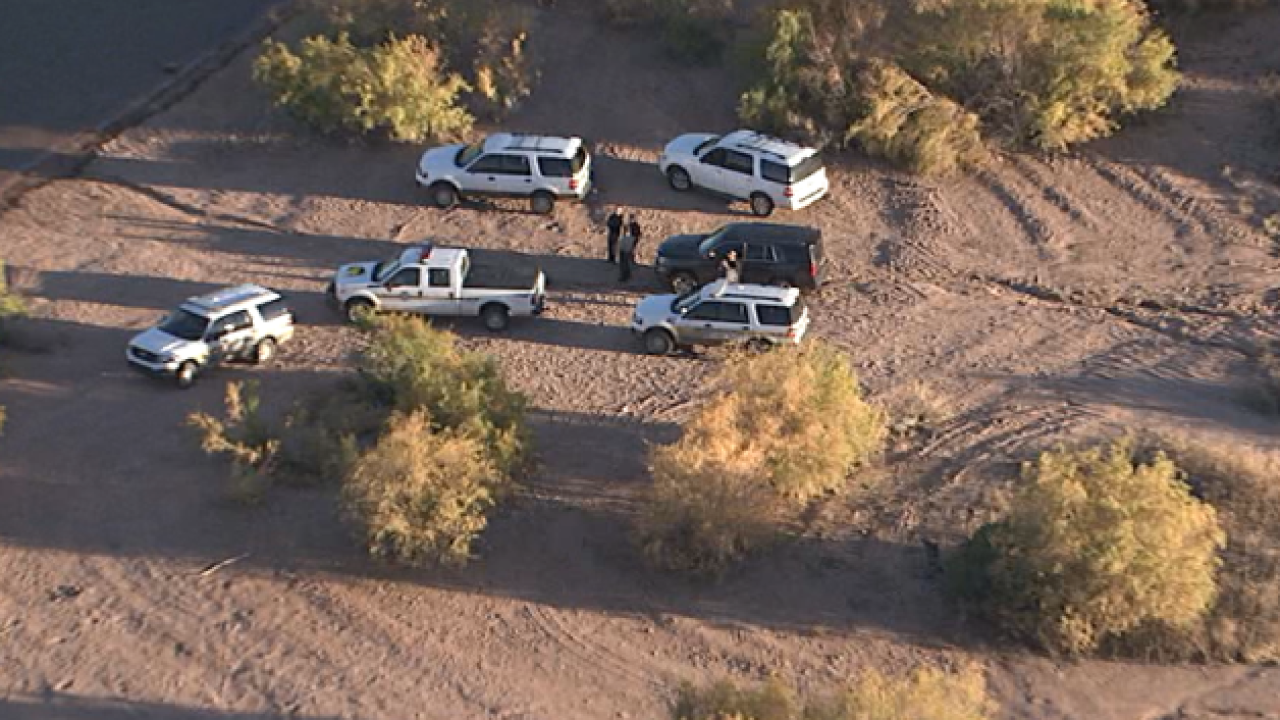 TONTO BASIN, AZ — Authorities say the body of 6-year-old Willa Rawlings has been found in the Tonto Basin area.

Gila County Sheriff's officials say search crews found the body Friday afternoon in the area of Indian Point on the north side of Roosevelt Lake on the Tonto Creek Arm. Authorities say next of kin was notified, and confirmed the body found was Willa Rawlings.

"As we come to the close of this search, rescue, and recovery mission we would like to thank the multiple agencies that assisted and the community support. Members from the Tonto Rim Search and Rescue, other agencies and citizens spent days searching. Local churches, citizens and restaurants provided water, snacks and meals for those working and searching," Sheriff J. Adam Shepherd said.

GCSO said deputies responded to the area where crews had been searching for two weeks after a military-style vehicle was swept away by flooding in Tonto Creek on Black Friday.

For the past 13 days, volunteers from all across Arizona have come to assist in the search and recovery efforts.

"This is day number seven for me," said Katie Parks.

"Number six for me," said Lisa Campbell. "And we're from Pine-Strawberry for crying out loud."

The mothers borrowed kayaks and made the trek for one reason, to try and help find Willa.

Willa's body was discovered by a pediatrician and his wife, who were volunteering and searching in a canoe.

Authorities kept searching for 6-year-old Willa Rawlings, whose parents, Daniel and Lacey Rawlings, escaped from the truck with four children. Her brother, Colby Rawlings, and cousin, Austin Rawlings, both 5, were found dead Saturday, Nov. 30. The children were reportedly located separately about three miles downstream from where the family was swept away at Bar X Crossing.

The crossing had been closed with barricades and signs because of a storm that dropped an estimated two inches of rain in the area.

Officials on scene said crews had been searching a span of four to five miles along the creek for Willa.

"It is at times like this that I am proud to live in and serve this county. The outpouring of support demonstrates how we come together in times of need to assist and support each other. My condolences and prayers go to the Rawlings Family, who have lost three young children and I am grateful we were able to find Willa today. As this concludes this operation this event will have a lasting effect on all of us," Sheriff Shepherd said.

The Gila County Sheriff's Office says it will take another couple weeks to complete their report into the deaths of three children. The case will then go to the Gila County Attorney's Office for review of any potential charges.