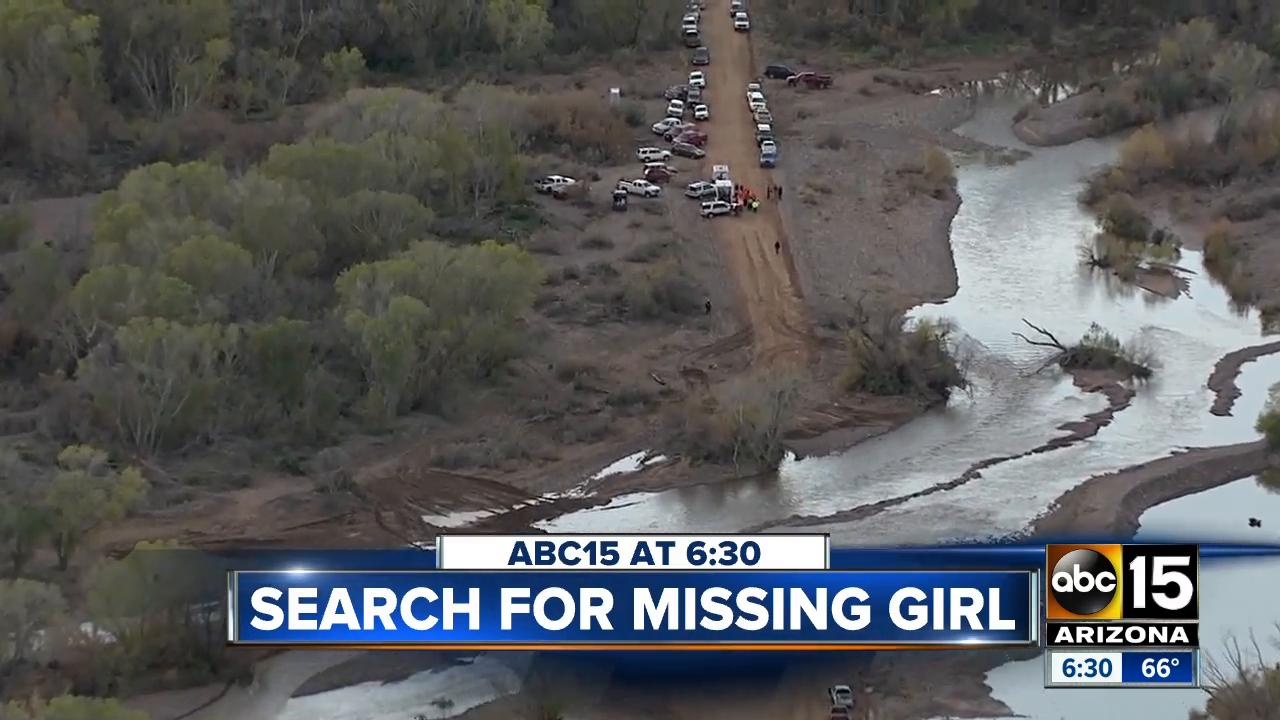 Authorities are still searching for 6-year-old Willa Rawlings, whose parents Daniel and Lacey Rawlings, escaped from the truck with four children. Her brother, Colby Rawlings, and cousin, Austin Rawlings, both 5, were found dead Saturday. 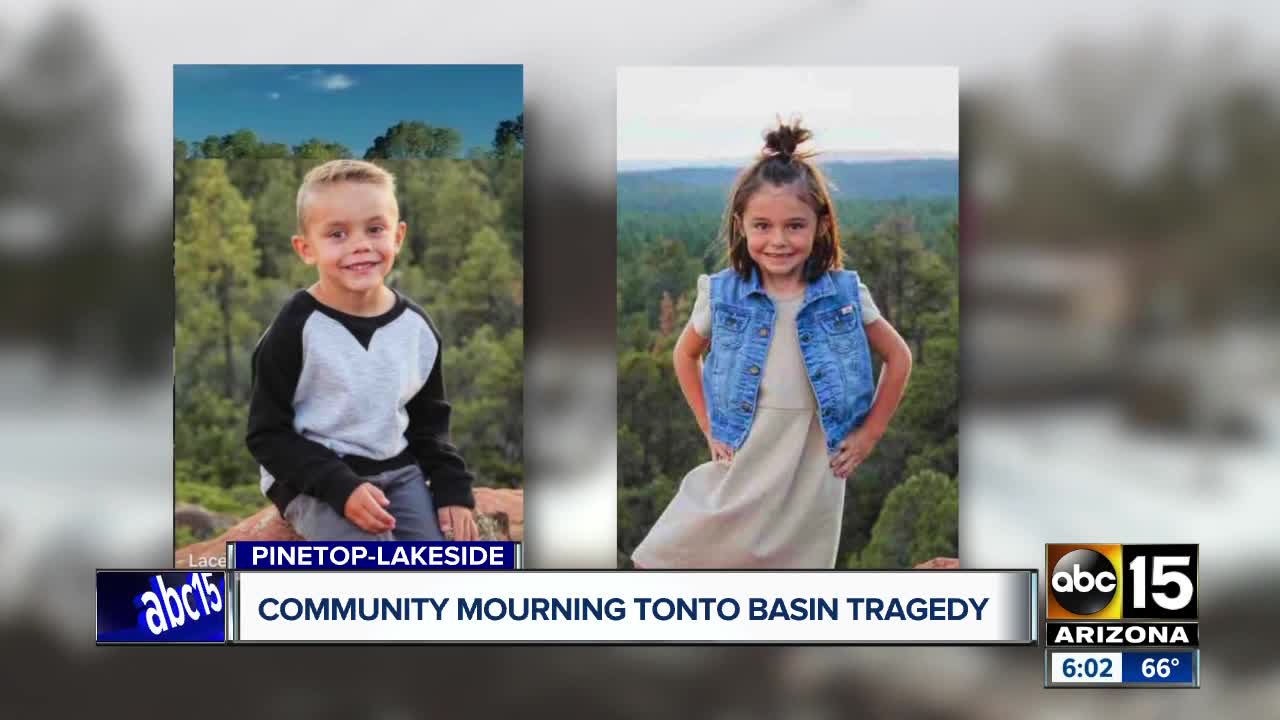 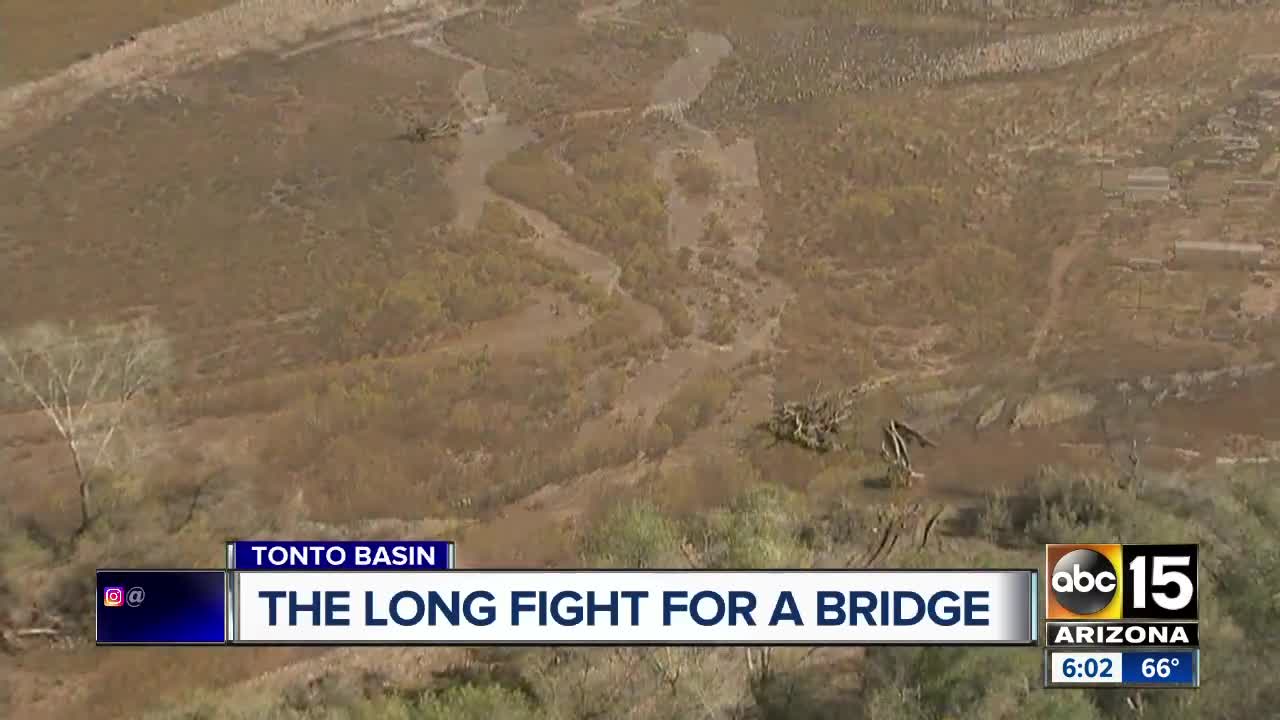 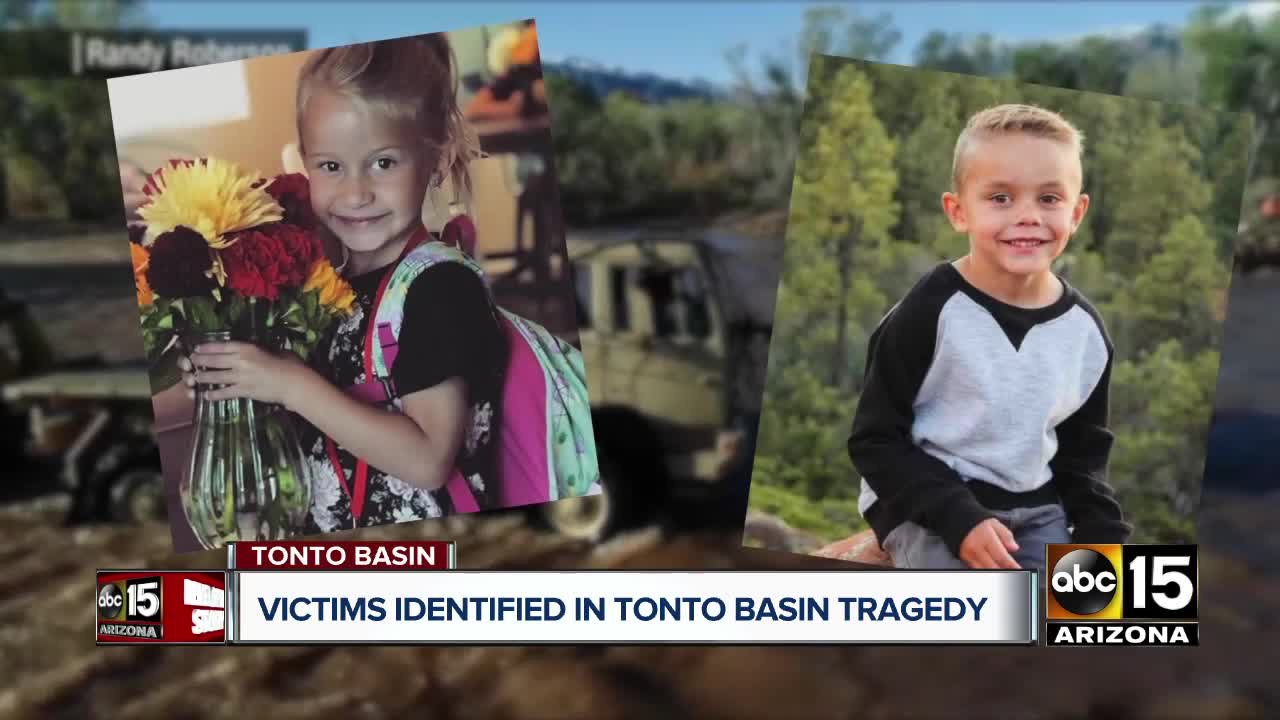 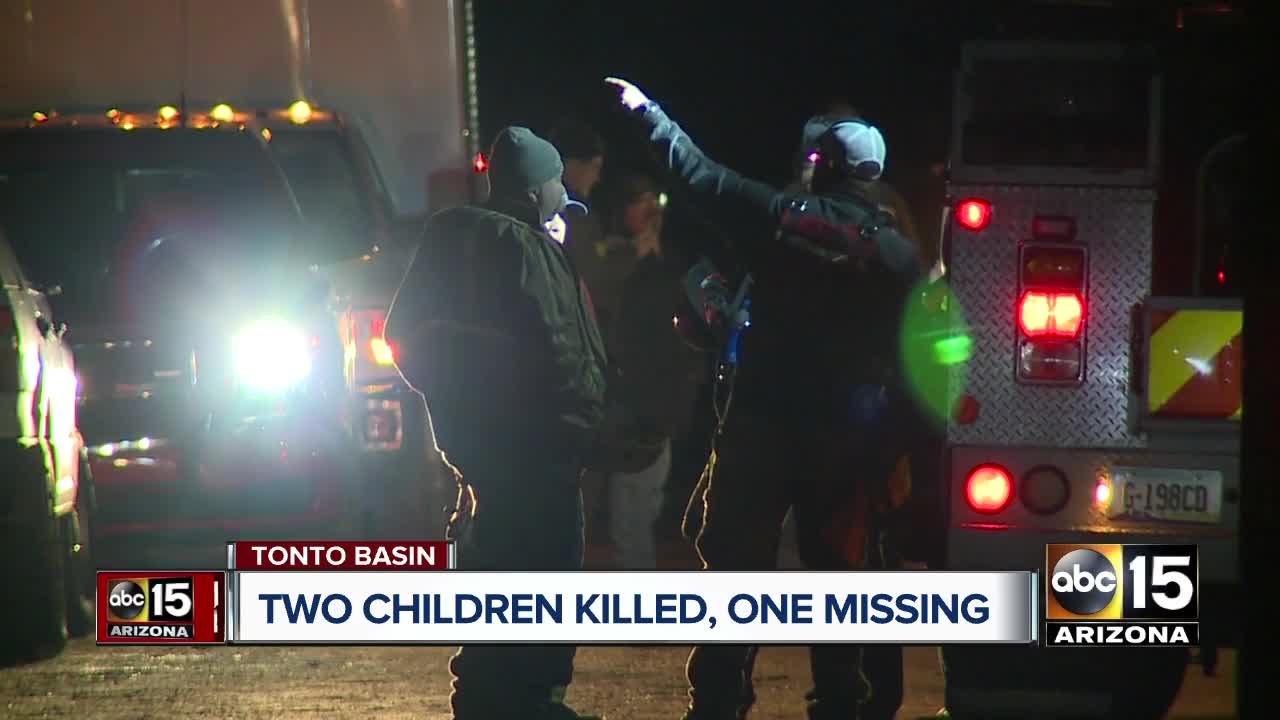 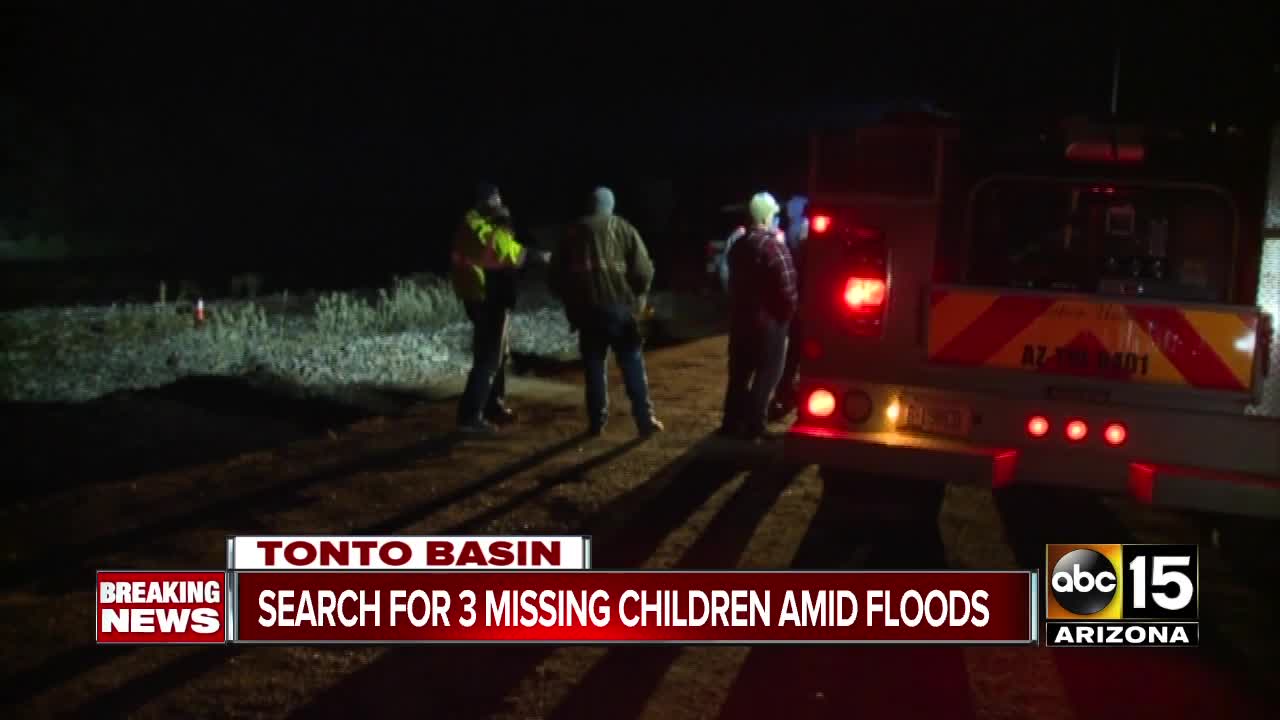 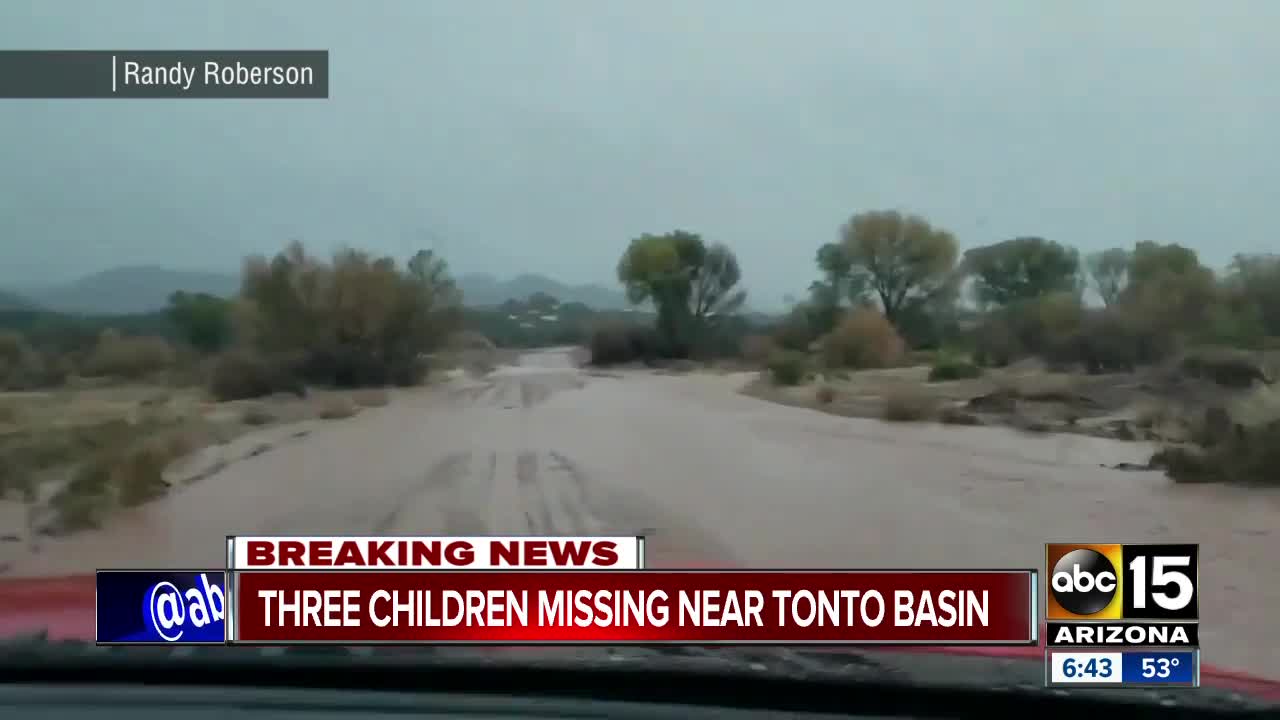 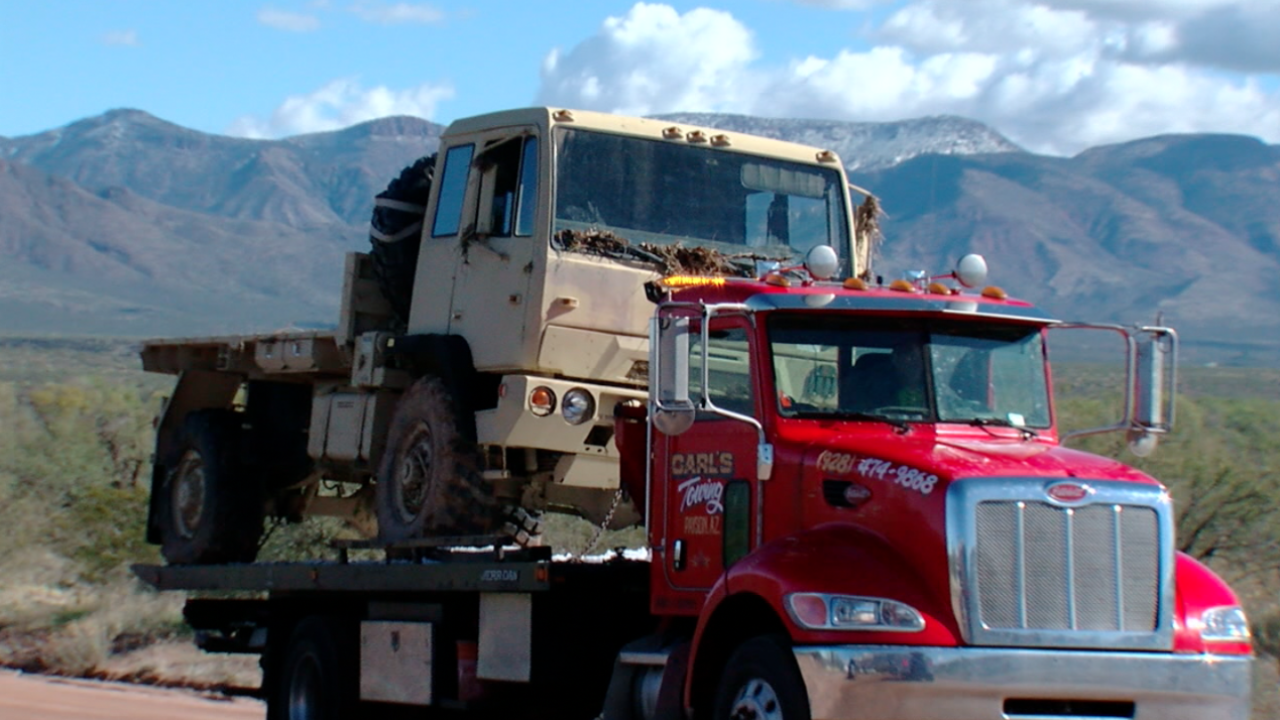 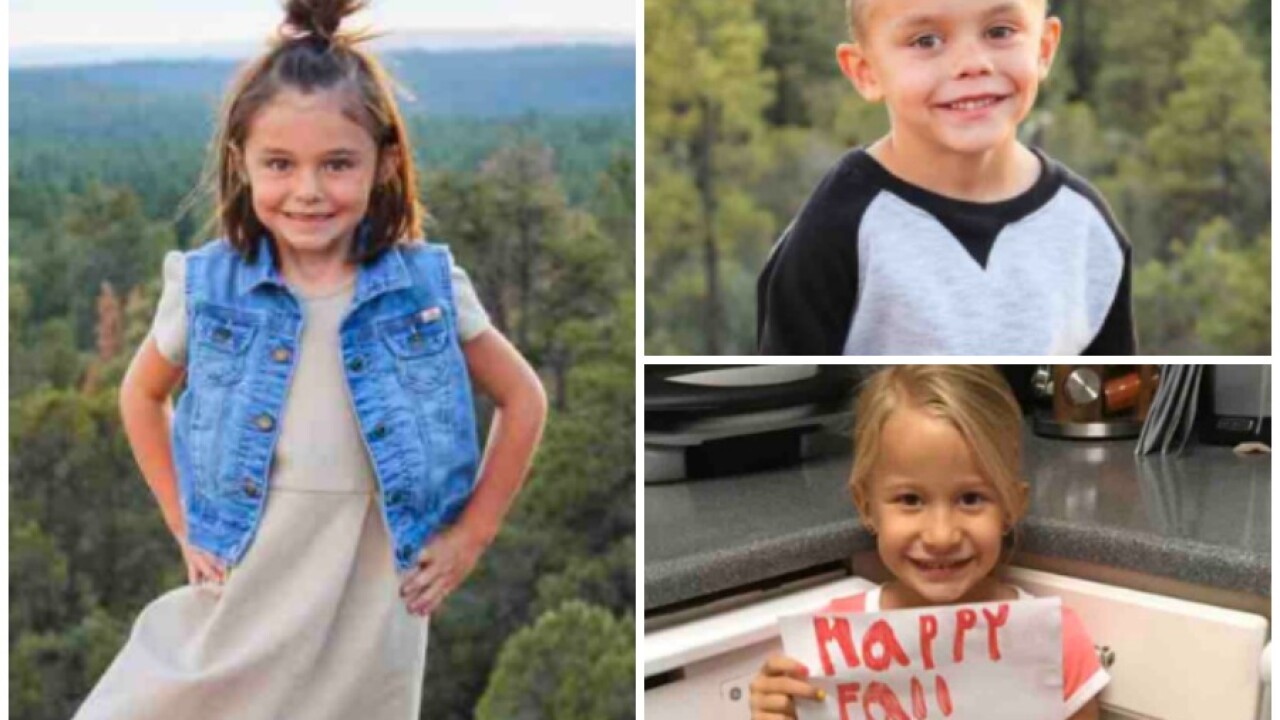 TONTO BASIN, AZ — Officials from the Gila County Sheriff's Office confirmed a 5-year-old boy and 5-year-old girl were found dead after a military-style vehicle was swept away by flooding in the Tonto Basin area around 4 p.m. on Friday.

According to the Gila County Sheriff's Office, on Saturday, two of the three children reported missing, Colby Rawlings, 5, and Austin Rawlings, 5, were located around 8:45 a.m. and 11:15 a.m. respectively. The children were reportedly located separately about three miles downstream from the crash site.

A GCSO spokesperson said during an afternoon press conference that Colby was a child of the parents in the vehicle, and that the other child, Austin, was their niece. The man and woman are parents to four of the seven children that were in the vehicle, officials said.

GCSO said the military-style vehicle had been found late Friday night, but the three missing children were not inside. On Saturday, that vehicle was pulled from the floodwaters and hauled away.

According to GSCO, a man and four children made it out of the vehicle and were stranded on an island following the crash. A woman was also able to escape and get to a nearby bank.

Members of the group who escaped the vehicle were eventually rescued and taken to shore with the assistance of a Maricopa County Sheriff's Office helicopter.

A Department of Public Safety helicopter is assisting with search and rescue operations for the remaining missing child, 6-year-old Willa Rawlings.

At a press conference Monday evening, GCSO said Willa had still not been located, but search efforts will continue.

Officials on scene said crews are searching a span of four to five miles along the creek for Willa.

Family members were able to confirm searchers have found articles of Willa's clothing, including shoes and are searching an area of debris where she may be located.

The family was together as part of a holiday gathering with relatives, according to the sheriff's office.

Authorities say at least 50 people are assisting in search and rescue efforts, which are ongoing. First responders plan to continue searching until they find Willa.

GCSO says searches will continue during sunlight, and will resume Tuesday around 8 a.m.

As rescue efforts continue in the Tonto Basin area, drones are being deployed, as well as helicopters in an effort to find Willa.

According to friends and neighbors of a family affected by the crash, a verified GoFundMe account has been created for Austin.

A separate GoFundMe was created for Colby and Willa.

"Sheriff J. Adam Shepherd would like to thank the multiple agencies for assisting in this ongoing operation and remind everyone of the dangers that can occur during flooding. We are concerned for the safety of those involved and the first responders," a press release from the Gila County Sheriff's Office said.

Officials noted search efforts have been challenging at times due to swift moving water coming down from the mountains, as well as debris and loose rocks in the area due to the flooding.

While the search was going on, residents had already set up a cross in remembrance of the tragedy.