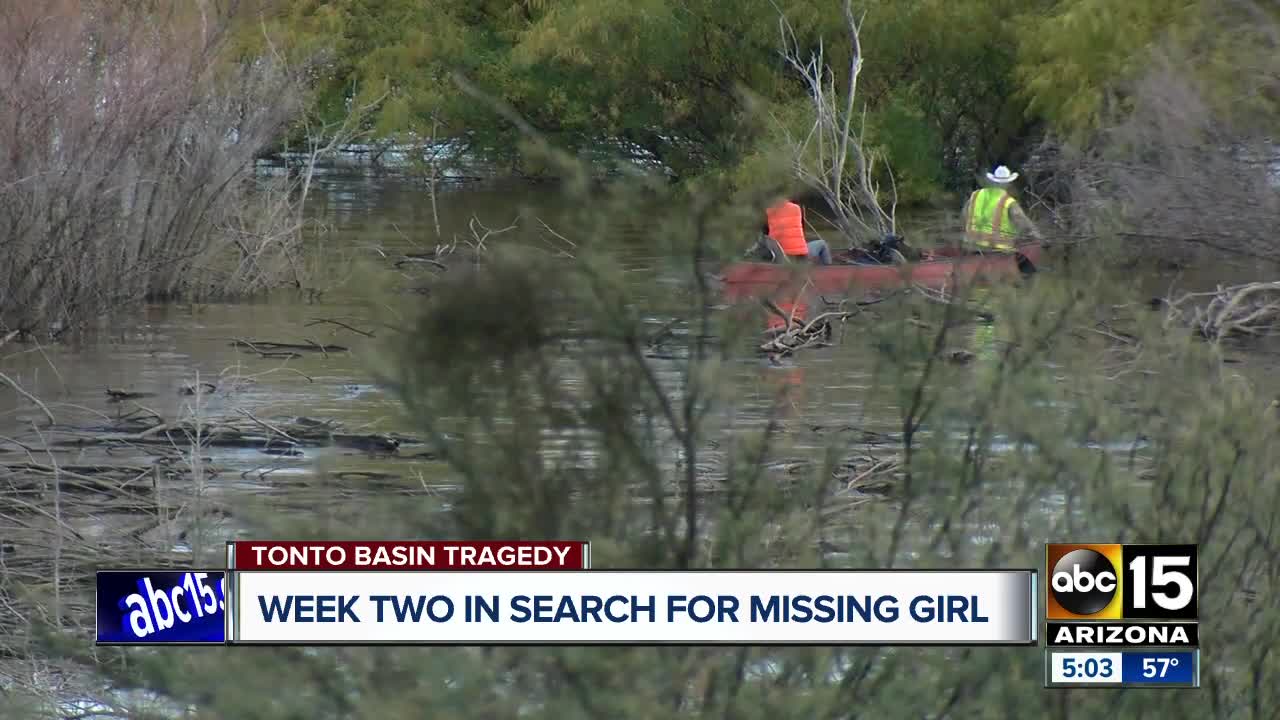 TONTO BASIN, Ariz. — Authorities are still hoping to find a 6-year-old girl who has been missing for more than a week now since being swept away in a rural Arizona creek.

"We have no idea where she is. There are so many variables," Lt. Virgil Dodd said. Divers will focus on a levee system in the creek.

They will also look at aerial pictures and videos already taken by drones to see if there is any sign of the girl.

The girl was one of nine family members in a military-style truck that became stuck Nov. 29 while trying to cross Tonto Creek.

The bodies of her 5-year-old brother, Colby, and 5-year-old cousin, Austin, were found Saturday.

Her parents, Daniel and Lacey Rawlings, and four other children were rescued.