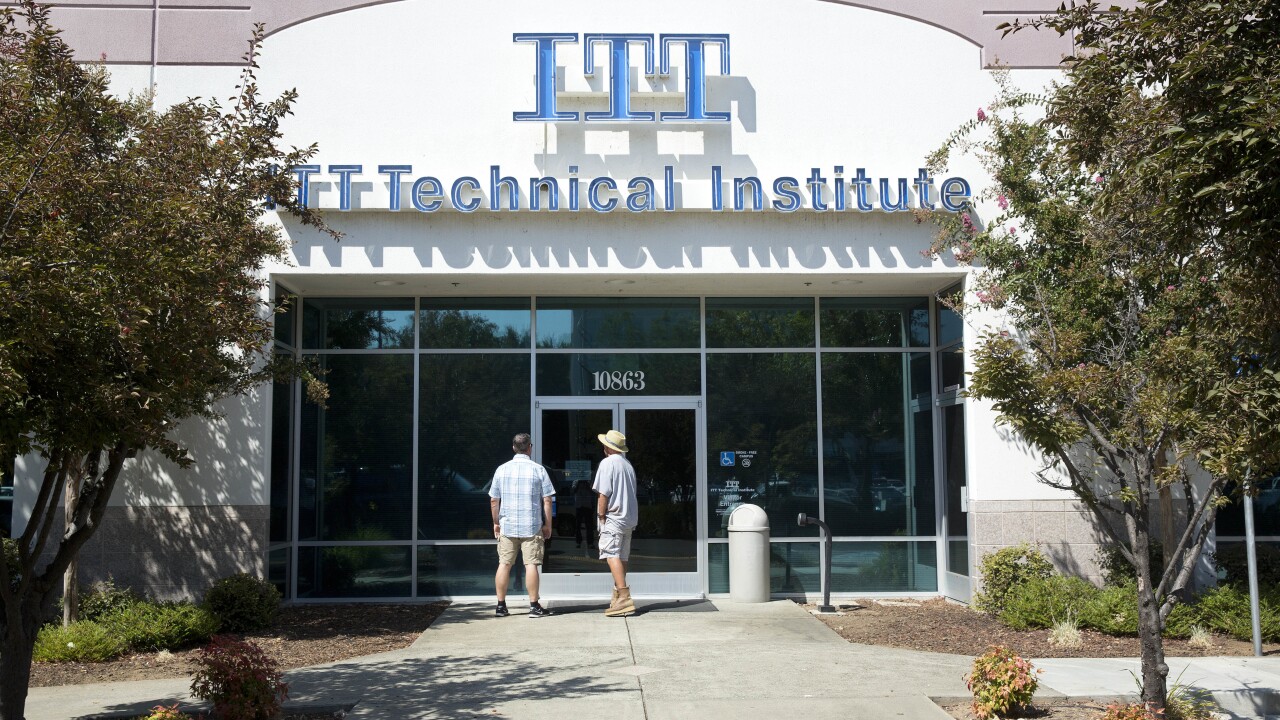 Rich Pedroncelli/AP
FILE - In this Sept. 6, 2016, file photo, Harold Poling, left, and Ted Weisenberger check the doors to the ITT Technical Institute after ITT Educational Services announced that the school had ceased operating in Rancho Cordova, Calif. The U.S. Education Department has not approved any applications for student-loan forgiveness in cases of possible fraud since President Donald Trump took office, according to records sent to an Illinois senator. The records also revealed that the department has continued to receive new applications from borrowers who say they were victims of fraud, mostly from Corinthian borrowers and from former students of ITT Technical Institute. (AP Photo/Rich Pedroncelli, File)

More than 1,000 former ITT Tech students in Arizona will be getting millions of dollars in debt relief thanks to a settlement after allegedly being pressured into taking loans they would not be able to pay back.

Arizona Attorney General Mark Brnovich's office said Tuesday that they secured an agreement to get $7.8 million in the settlement with 48 attorneys general and the federal Consumer Financial Protection Bureau. Nationally, about 35,000 borrowers with outstanding principal balances will receive debt relief totaling about $330 million.

The settlement comes after ITT, which had four campuses in Arizona, filed for bankruptcy in 2016. Eight years earlier, private loan program PEAKS Trust worked with ITT to offer temporary credits to students to cover gaps between federal student aid and education costs.

According to a press release from the AG's office, the Assurance of Discontinuance filed Tuesday alleges that ITT and PEAKS knew students would not be able to repay the credit, pressured students into accepting PEAKS loans with high interest rates, and forced students to enroll in the loans out of fear of losing credits they earned.

"The default rate on the PEAKS loans is projected to exceed 80 percent, due to both the high cost of the loans as well as the lack of success ITT graduates had getting jobs that earned enough to make repayment feasible," the press release states. "The defaulted loans continue to affect students' credit ratings and are usually not dischargeable in bankruptcy."

PEAKS has agreed to not collect outstanding loans, including more than 1,000 in Arizona, and will cease doing business.

Last year, a $168 million settlement helped more than 400 former ITT students in Arizona in a case that offered loans from another group.