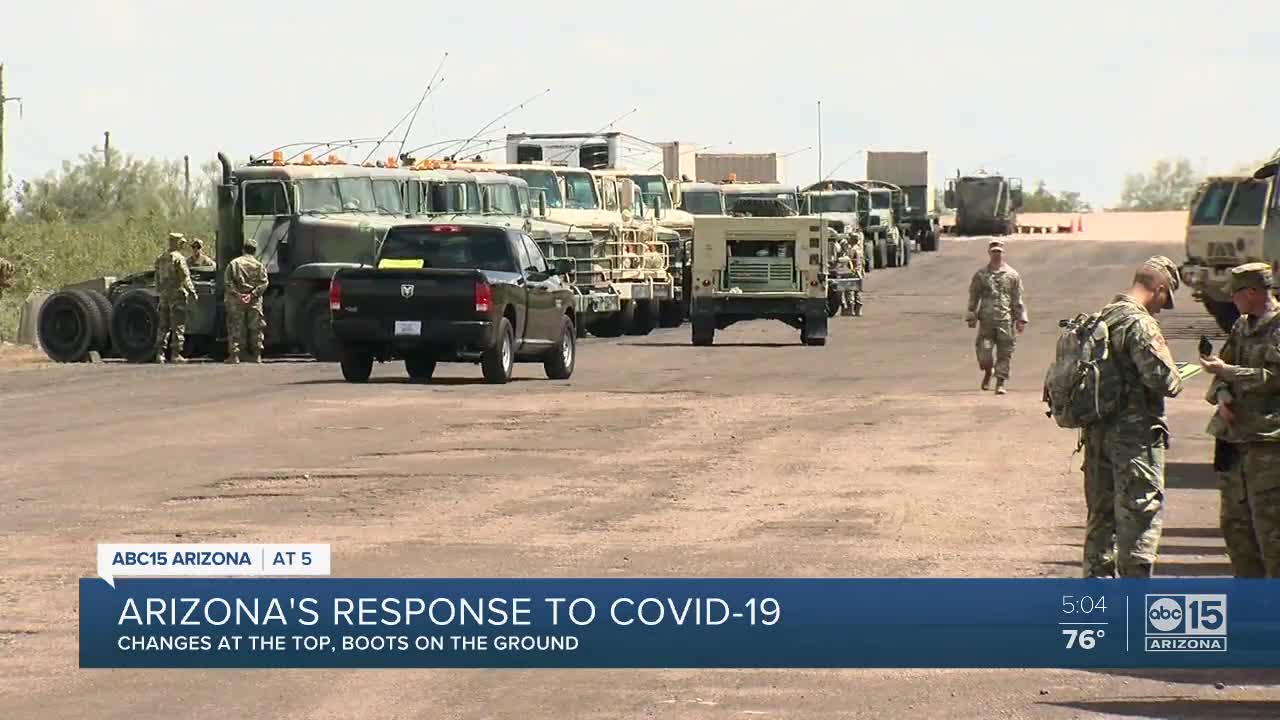 Changes at the top, boots on the ground. 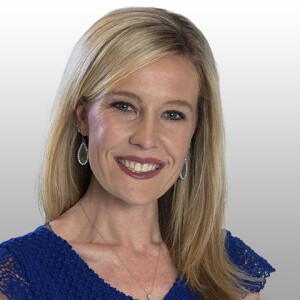 Just hours after accepting the resignation of Arizona's Division of Emergency Management director, the Director of Arizona Department of Emergency and Military Affairs tells ABC15 it was a shock.

Wendy Smith-Reeve's resignation letter gives a personal insight into Arizona's response, "it's become clear that my role is being addressed by the Governor's staff and ADHS which means my presence and function is duplicative."

Smith-Reeve has been seen at press conferences, helping lead Arizona's response to the COVID-19 pandemic.

ABC15 spoke one-on-one with General McGuire for the first time in the overnight hours as he stopped by a Scottsdale grocery store chain to thank civilian soldiers for stocking shelves.

As of now, 1,000 boots are on the ground throughout Arizona to help fill the gap in the food supply chain. However, we're told the need for more is coming as the state needs to double its bed capacity.

"As these mission assignments are dealt to us, I do have delegated authority from the governor to put guardsmen on specific missions, if those can be met," he said.

General McGuire has been seen helping lead the response. At the first press conference at his DEMA headquarters, he did not speak. A week later, he appeared at a press conference and spoke on behalf of Arizona Department of Emergency and Military Affairs.

"Like all emergencies, there are cascading impacts that affect the whole community," he said last week.

The governor, who is in charge of Arizona's response, has said how the state is handling this crisis, "we're going to act urgently and we're going to prioritize public health in all of our decisions."

General McGuire says the health services is the root of the crisis.

"The way to think about it now is health services is where the emergency had its roots, and was the catalyst for that, but now that all 15 emergency services are effected it becomes an 'All Hazard Incident.'"

DEMA's website shows an 'All-Hazard Incident' response reflects on 15 emergency services that include:

The 15 Emergency Support Functions are as follows:

"We are in support of health services for advice about what we need to do for doctors, and surge capacities, and hospitals, and other things and then from that we drive mission assignments," said McGuire.

Former director Smith-Reeve indicated frustration in her resignation letter, reading in part, "the directives from the governor's office have been to work completely outside of the state emergency response and recovery plan."

We asked General McGuire about her decision, "I think that her frustration was not shared in the same way by me, I think that ultimately she made a decision based on how she was feeling about the situation to voluntarily step aside."

In the midst of a resignation, a pandemic, and reassigning leadership, the general provides a calming voice, "the most important thing I can do as the leader of the 8,200 civilian soldiers and airmen in this agency and the 7 million citizens in this state is to provide confidence and hope, and I am completely confident that we as Team Arizona will win.”

The Governor’s office said the resignation by former director Smith-Reeve was not related to any disagreements over a shelter in place or health policy decisions.