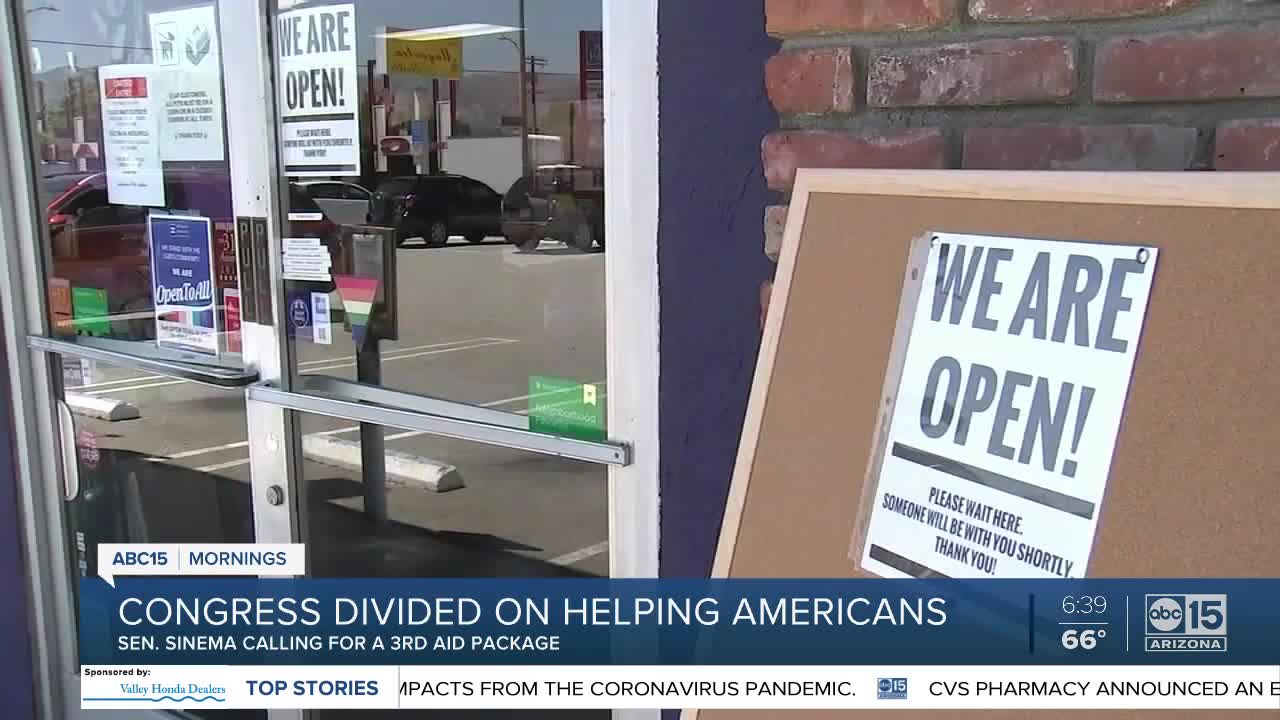 Arizona Senator Kyrsten Sinema is calling for another aid package as Arizonans continue to struggle through the pandemic. 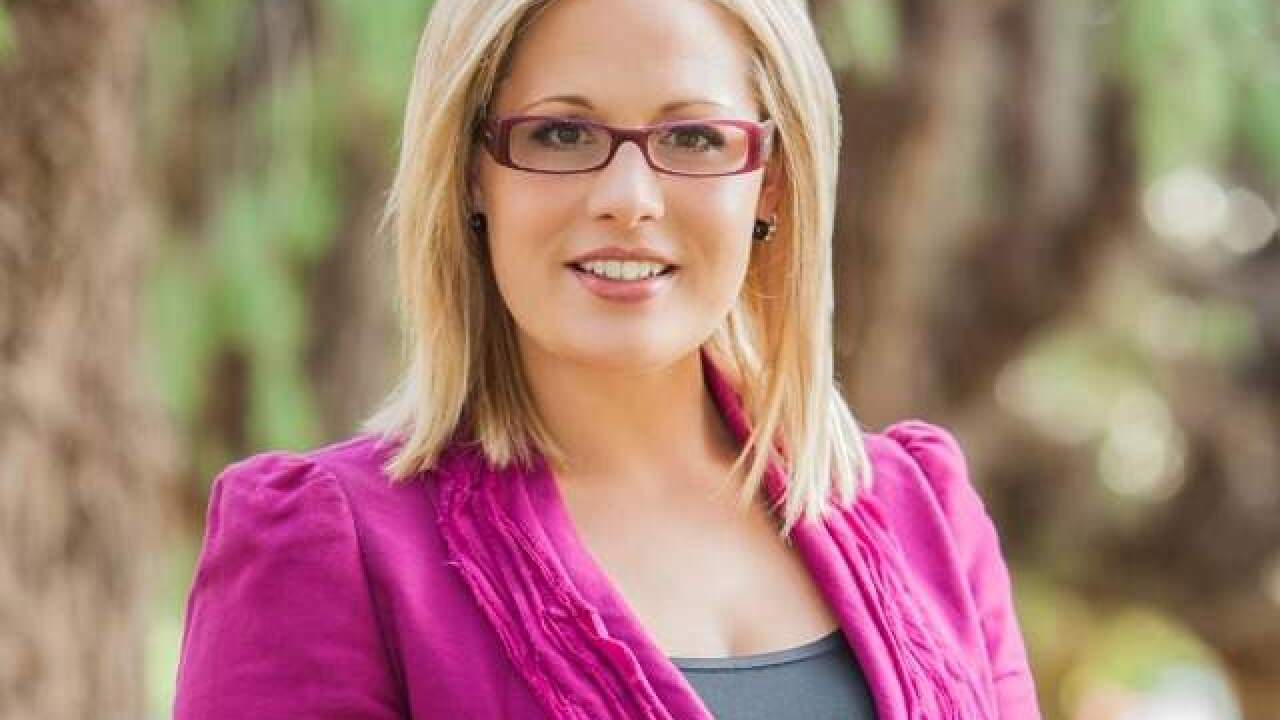 PHOENIX — Right now, there's a lot of debate in Washington about what the next steps should be to help Americans recover in an economy that's taken hit after hit.

With another 2.4 million people applying for unemployment last week, it's clear many Americans still need assistance, but some people are saying now is not the time for another aid package.

We spoke with Arizona Senator Kyrsten Sinema who says waiting too long could come at an even higher price.

"Partisanship in Washington needs to stop," Sen. Sinema explains. "Folks need to put aside their partisan differences and come together to pass another package because Arizona businesses and families and local governments are hurting because of this delay."

The House passed another aid package last week, but Sen. Sinema says it was too partisan. Instead, she's proposing that Democrats and Republicans in Congress get together and start from scratch.

Sen. Sinema says the next aid package should include:

But others worry about the cost.

Last month, Senate Majority Leader Mitch McConnell (R-KY) suggested states may need to go bankrupt. President Donald Trump had stated if another aid package landed on his desk right now, he would veto it. Others worry about the overall cost as the U.S. adds trillions of dollars to the deficit.

But Sen. Sinema sees it differently. She says if we don't act now, it could have catastrophic economic impacts.

"Arizonans know that I am a fiscal conservative," she explains. "Every economist has said that we must spend at the federal level to keep the economy afloat. If we do not, we will move from the recession we're in now to a depression which could last longer and could be even more harmful for families, so we must, we must ask the federal government to spend this money now and make sure we can have a strong economic recovery once."

And one of the communities hardest hit by the pandemic -- the Navajo Nation, now with a higher rate of infection than states including New York.

Sen. Sinema would like to see the National Guard stay on the Navajo Nation past their June 24 deadline.

She's also calling for the Navajo Nation and other tribal communities to receive the rest of the money that was promised to them in the CARES Act. Right now, it's estimated that only 60% of that money has been distributed -- a concern for Sen. Sinema.

"Meantime, folks on the Navajo nation are contracting this disease and we're losing Navajo lives every day. That money needs to get out to the community immediately."

Sen. Sinema has also co-sponsored the SMART Act, a bipartisan piece of legislation that would provide $500 billion in relief to state, local, and tribal governments.

We also spoke to Sen. Sinema about the numerous issues Arizonans have had with the Department of Economic Security and unemployment insurance. She has said that she has heard from hundreds of Arizonans having issues and is encouraging anyone who's having a problem to reach out to her office at casework@sinema.senate.gov.