Arizona family quarantined on cruise ship because of coronavirus 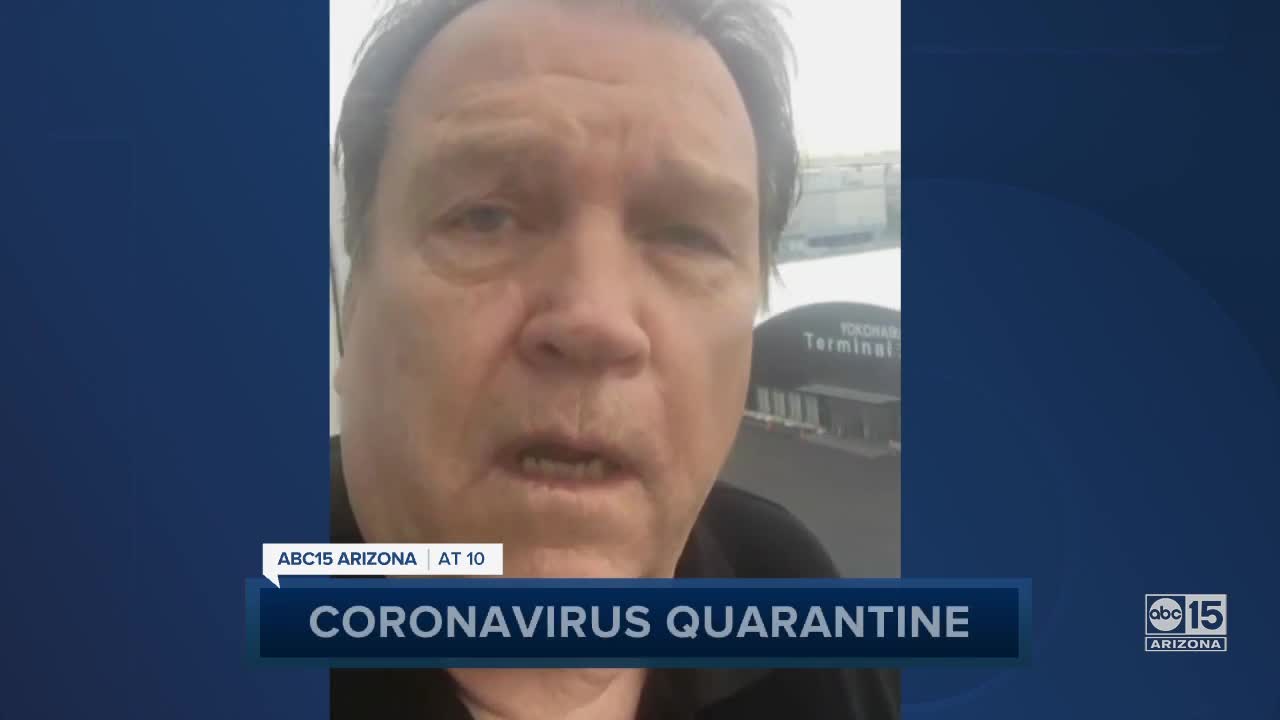 An Arizona man is sharing what life is like while under quarantine on the Diamond Princess cruise ship in Japan because of the coronavirus outbreak.

An Arizona man is sharing what life is like while under quarantine on the Diamond Princess cruise ship in Japan because of the coronavirus outbreak.

During ABC15's interview with Glendale resident Bob Dixon via FaceTime, he said someone who tested positive for the virus was being escorted off the ship.

He took video as people in hazmat suits helped an ambulance through a blue tent.

Dixon says they are checked daily for the virus, and are currently half way through a 14 day quarantine period.

Dixon says his daughter and son-in-law are also on board, along with his sister and her husband.

As for life on the ship, he says he keeps in touch with his other family members by phone. He says they're fed well every day and watch a lot of T.V.

"We're fortunate that we have a balcony so we can go outside," Dixon said. "I feel very sorry for the people who have inside cabin."

Dixon says on the 19th of this month, they're expected to be released if everything goes according to plan.