ADOT: Most winter weather closures lifted, but use extreme caution if traveling Sunday 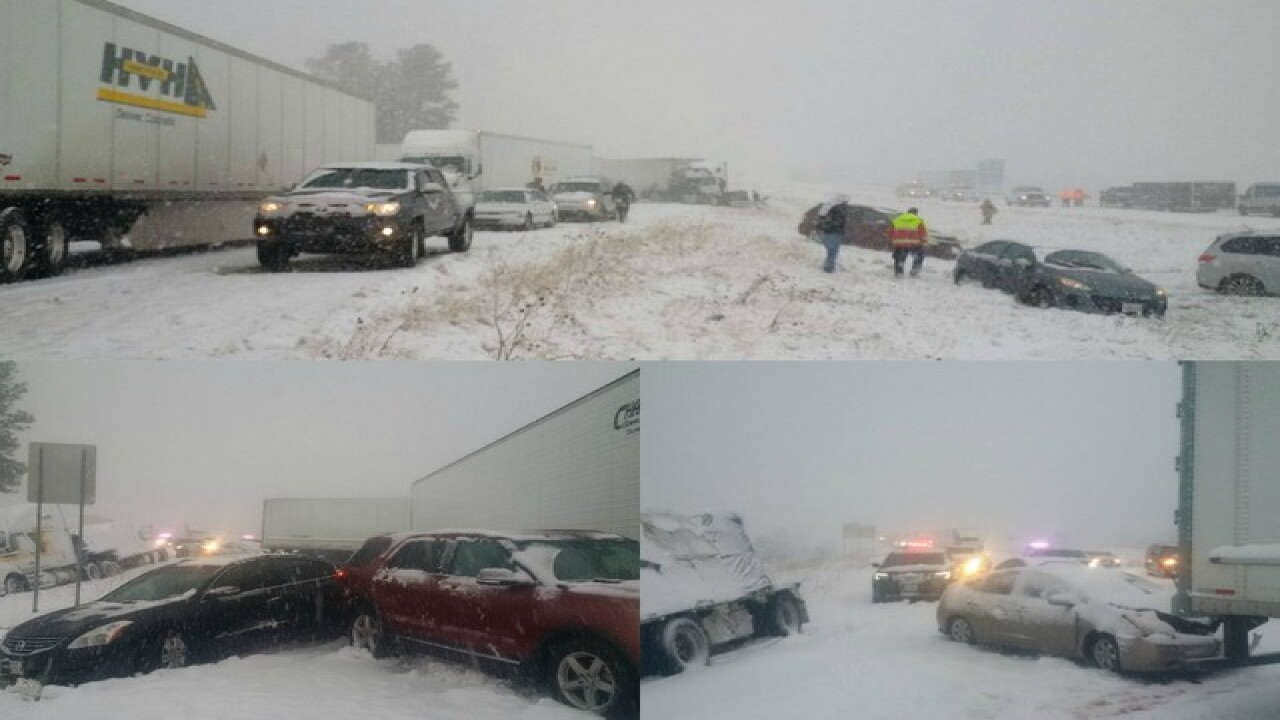 Bad weather had drivers on high alert Sunday, as travelers made their way across a snowy northern Arizona.

The Arizona Department of Transportation said multiple slide-offs were reported on I-17 near Munds Park on Sunday afternoon. Officials said traffic in the area was very slow and asked drivers to plan for delays on the road.

The traffic issues in the high country began Saturday after several crashes and snowed-in areas caused closures and delays.

The interstate was closed early Saturday afternoon "due to heavy snow and multiple crashes" between SR 89 and Interstate 17, which covers mileposts 146 to 195.

Another crash on the I-40 westbound Sunday morning has traffic backed up near the SR 89, but the road is still open.

Northbound I-17 also reopened overnight, after about 50 vehicles had slid off the road north of SR 179 and were blocking northbound traffic.

Collisions also temporarily closed portions of State Routes 89A, 87, 238 and 64. Northbound SR 87 was closed in Sunflower around milepost 220 between the Valley and Payson after several vehicles slid off the roadway. It reopened to traffic around 8 p.m. Saturday.

The snow at higher elevations fell as rain in the Valley and points to the south. Rainfall was heavy at times, with some areas seeing close to three-quarters of an inch.

SR 238 is closed between Gila Bend and Maricopa for flooding due to the heavy rainfall and is expected to reopen sometime Monday. No update has been released yet.

Snow started falling in the high country early Saturday afternoon and caused the National Weather Service to issue a Winter Storm Warning for elevations above 6,000 feet.

Transportation officials advised those heading to the high country to delay traveling in areas with heavy snowfall.

If you must travel today, make sure you and your vehicle are ready for harsh winter weather and slick roads. https://t.co/yvdFYvD1XQ pic.twitter.com/MG43mQxdNf