Amputee finally receives special shoes he paid for in 2018 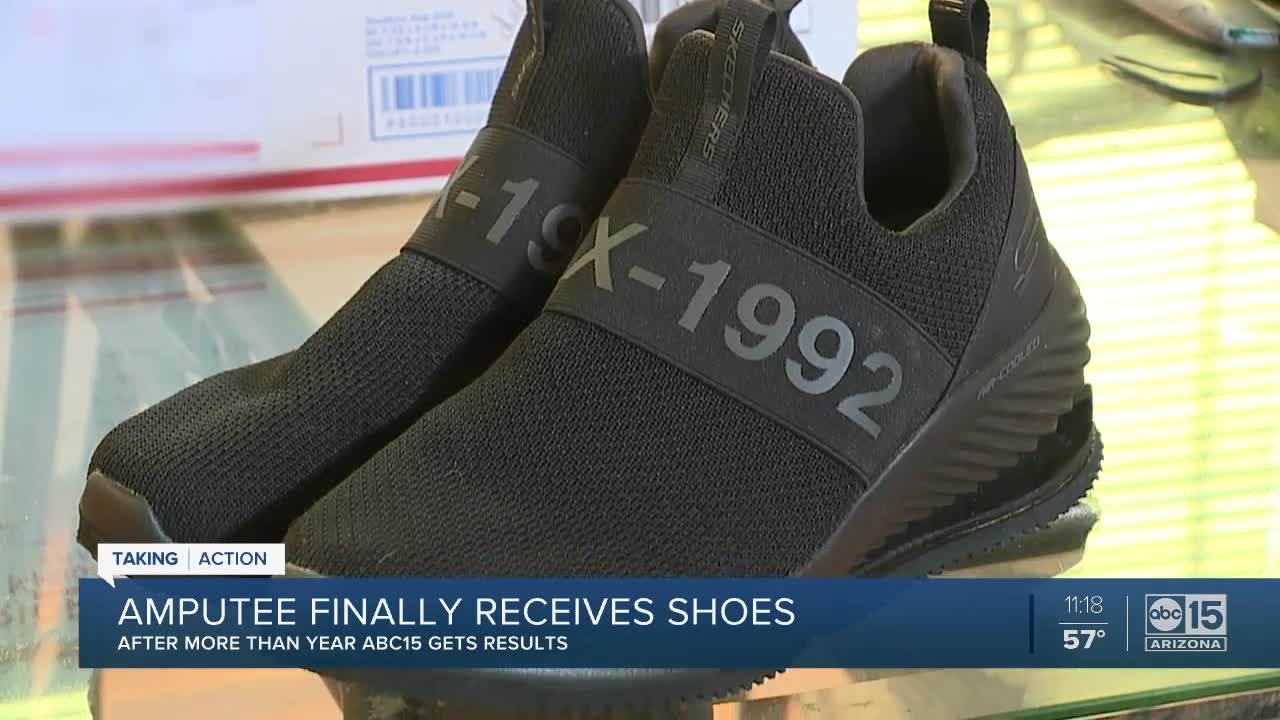 Amputee receives shoes to help him walk after an extremely long wait.

GLOBE, AZ — Gilbert Trujillo has been on a mission to get his life back, ever since his leg was amputated because of complications from Type 2 Diabetes.

"I wanted to get my balance back to get to work, just to get out of the house and socialize like I used to,” Trujillo told ABC15.

Gilbert said he spends most days stuck inside his home in Globe.

He was hopeful Adam Ochoa with GameChanger Feet, a Scottsdale-based company, could help him solve his problems.

"When I first met him in person, he seemed to be so sincere and a very loving man," he said.

But Gilbert goes on to say, nothing was what it seemed.

On Adam's website, there are a number of YouTube videos that show him donating prosthetic limbs to amputees. Gilbert wanted to be one of those success stories.

Gilbert says he first met Adam in December of 2018. Gilbert claims he paid Adam $200 for a pair of special shoes to help him balance better in his new prosthetic leg.

"I wrote him a check and he said your shoes will be ready in a week," Trujillo said.

But it took almost a year to finally get those shoes. And when the delivery arrived, Gilbert says the shoes were different than what he had paid for and what Adam had demonstrated in his shop.

"When he showed me the shoes when I ordered them, it didn't say Sketchers or anything," he said.

We reached out to Adam to get his side of the story but never heard back.

Last year, ABC15 made numerous attempts to interview Adam in person and over the phone. You can follow all of our reporting on Gilbert's journey HERE.

In a voicemail, Adam explained that the money Gilbert paid was actually a donation because he not only helped repair Gilbert's existing prosthetic leg, he also gave him a replacement leg worth $16,000. Gilbert says he never received the new leg. Then, in a text message, Adam said Gilbert's shoes were held up in China and it could take several months just to make two pairs of these special shoes.

We reached out to Adam once more last week but never heard back. Days later, Gilbert says he got a check in the mail for the amount he paid for the shoes.