How to donate, ways you can help those impacted by Hurricane Ian
NewsArizona News

PHOENIX — When Ziba bought her condo at Citi on Camelback in Phoenix during the Spring of 2009, she expected to own it for the rest of her life.

The now-91-year-old purchased it after moving from Indiana to care for her son who had become disabled.

Ziba, who asked that we only use her first name, has everything set up exactly how they need it. Their doctors, dentists, and other necessities are all within walking distance or a quick bus ride away. It's a requirement for Ziba, who doesn't drive, and for her son, whom a strict routine is important due to his disability.

But the careful planning of their lives has been in jeopardy since receiving a letter from her condo association telling her it was terminating, and she and 71 other owners would be forced to sell their units.

The Arizona Condominium Termination law ARS 33-1228 allows an investor to buy 80% of the units in a complex, take over the condo association, and force the remaining 20% of owners to sell at a market value determined by an appraiser chosen by the investor-run association.

ABC15 has reported on at least five complexes since 2015, totaling hundreds of units, in which investors have used the law to force sales, converting condos into rental apartments. This practice often displaces low-income owners who bought at the bottom of the market, senior citizens, and people with disabilities. Take a look at some of our reporting on this law below:

Owner Phylane Norman got the letter too. She bought her 1 bedroom, 1 bathroom unit as a rental to supplement her income in retirement.

"I live on Social Security... So I'm losing a huge part of my income"

Norman said investors had been trying to get her to sell for months.

"I said...No, thank you very much. But I'm getting an 8% return on my investment. Why would I want to do that in today's market?"

The two owners had no idea they could be forced to sell their condos. But investors do.

ABC15's reporting prompted state lawmakers to make minor changes to the law in 2018 and 2019 including giving owners the right to:

Norman is going through the second appraisal process right now because she believes the appraisal acquired by the investor-run condo association undervalued her unit at $166,000, a price she says would not allow her to purchase a comparable unit in the same area.

She said part of the issue is that the appraisal from the association included units that the investor purchased inside the complex, possibly lowering the values of the remaining units.

"Their [the association's] appraiser didn't even look at everyone's apartments," she said. "They didn't tell them that people had upgrades or garages."

ABC15 requests for comment from the investment group Camelback Investment Partners and their local attorney were not answered.

Records show the address for the company goes back to Rockwell Property Company in Chicago, which describes itself on its website as "a real estate investment firm made up of a driven, forward-thinking team." 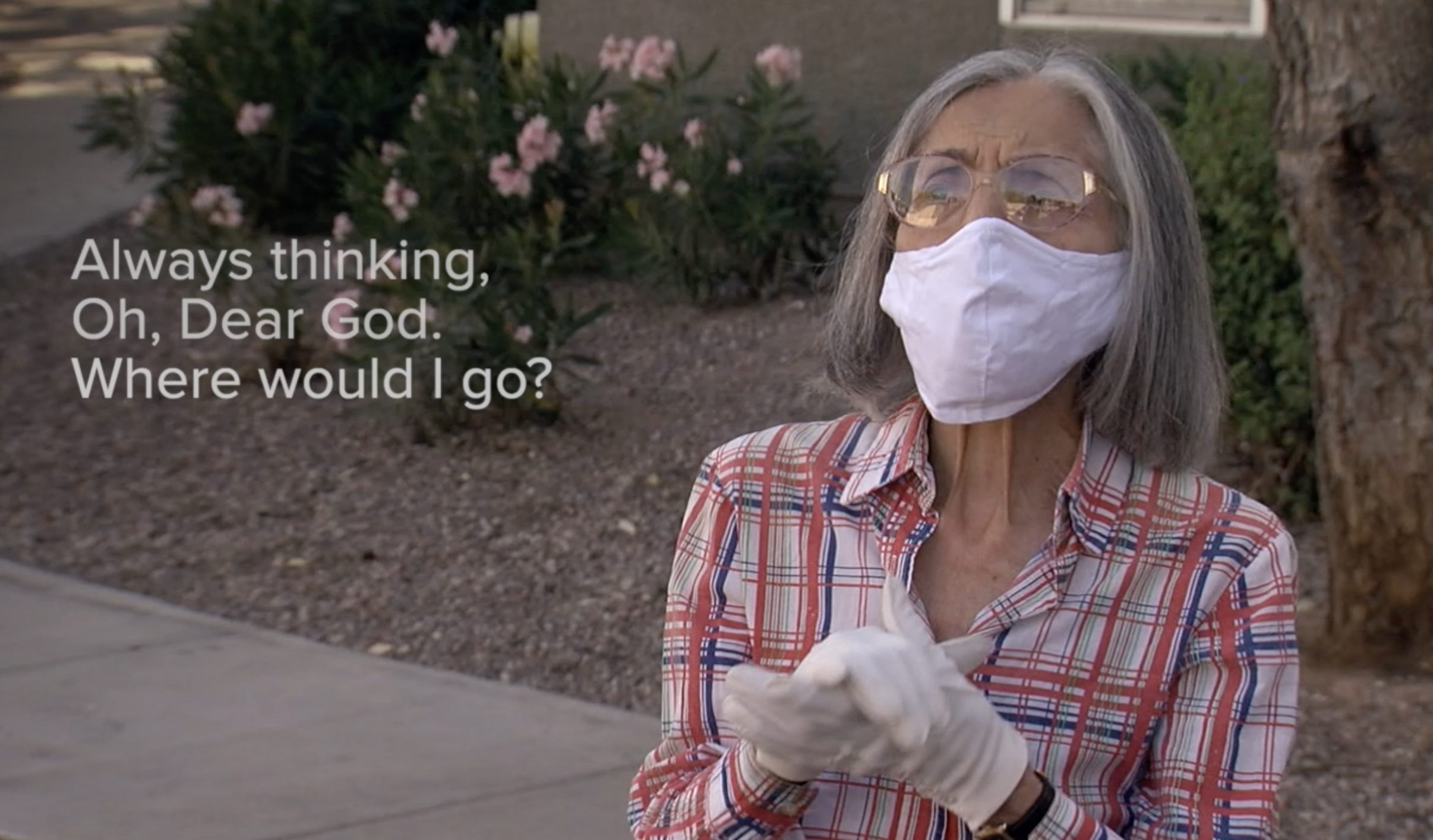 Norman is up for the fight; she and a group of owners are hiring appraisers and attorneys to help get a price they feel they deserve.

Ziba believes she shouldn't have to be fighting at all.

"Why?" Ziba asked. "I am a good taxpayer. Isn't this land of...where everyone has the right to live? Justice for all? Where is my justice?"

Because even if she wins the fight, her life will be uprooted, and her home will still belong to someone else.

Investigator Courtney Holmes is sitting down with local experts for an ABC15 Town Hall to discuss the factors contributing to the rise in homelessness… even though many of those people are working to support themselves. Watch the town hall live at noon on Wednesday on ABC15's Facebook page.