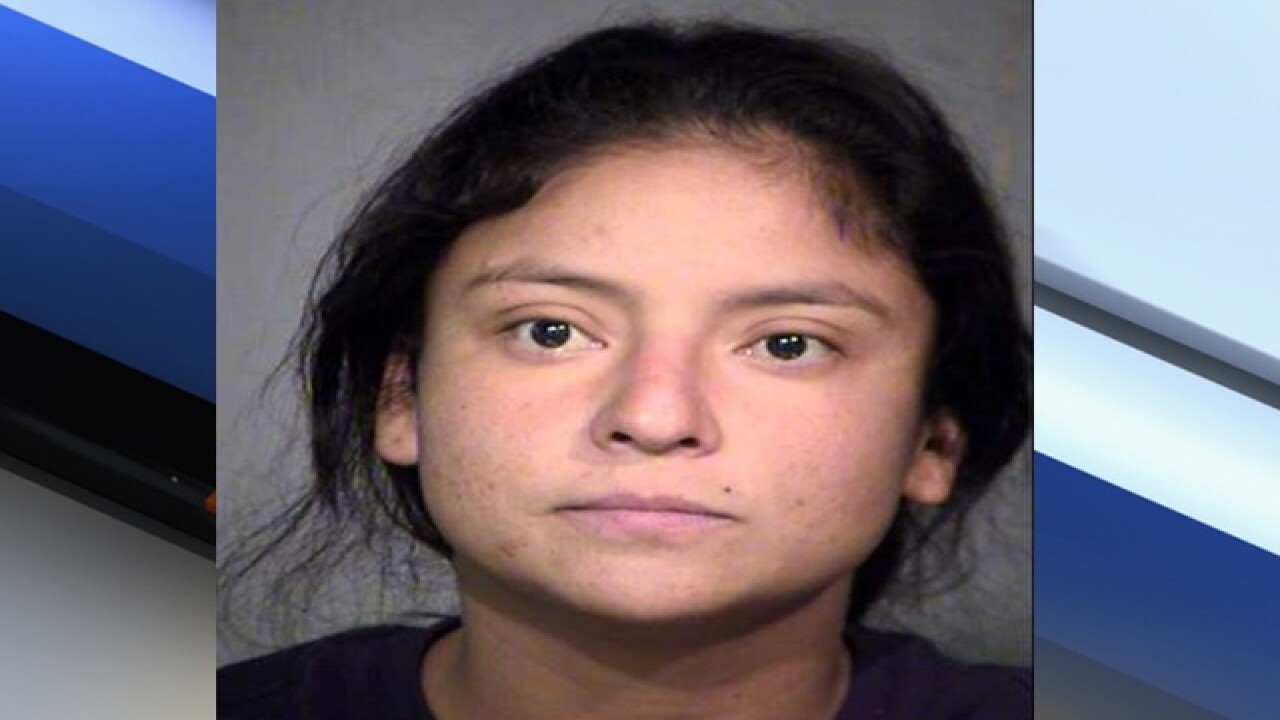 Bond has been set at $50,000 for a Mesa woman who was naked when she stole a sheriff's deputy's vehicle and led officers on a 70-mile pursuit that ended near Eloy.

Luna later told investigators she was high on drugs and the effects caused her to steal a deputy's marked pickup truck.

She initially told a deputy that she had been sexually assaulted, but she later recanted that story and said she had been under the influence of meth and spice.

Luna didn't say much more than “thank you” when she stood before a Maricopa County judge.

Luna told reporters she was clean and meant she had taken meth in her past, but on the day she led police on a 70-plus mile pursuit driving a stolen MCSO pickup truck, she had been poisoned by a relative.

“I don't know what it was, but all of it started after I confronted her about identity theft and poisoning me,” said Luna.

Luna recalls she was walking to California when she stripped naked on the roadway.

“I remember my skin burning like I couldn't handle it, my skin was on fire. I started taking off my clothes, I felt like I was going to die,” said Luna through tears.

She wouldn’t say if she recalled allegedly stealing Deputy Francisco Campillo’s truck or partially dragging him when he tried to stop her.

She recalls being in and out of consciousness as she led police on a pursuit.

“I remember getting shot and hitting the floor. I can remember some of the stuff blurry,” Luna said.

MCSO detectives had not heard of her claims of being poisoned before the jailhouse interview, but say they’re looking into it.

Luna remains jailed on suspicion of felony counts of endangerment, aggravated assault with a deadly weapon and theft of a means of transportation.

She didn't have an attorney at her initial court appearance and is facing a Jan. 17 preliminary hearing.