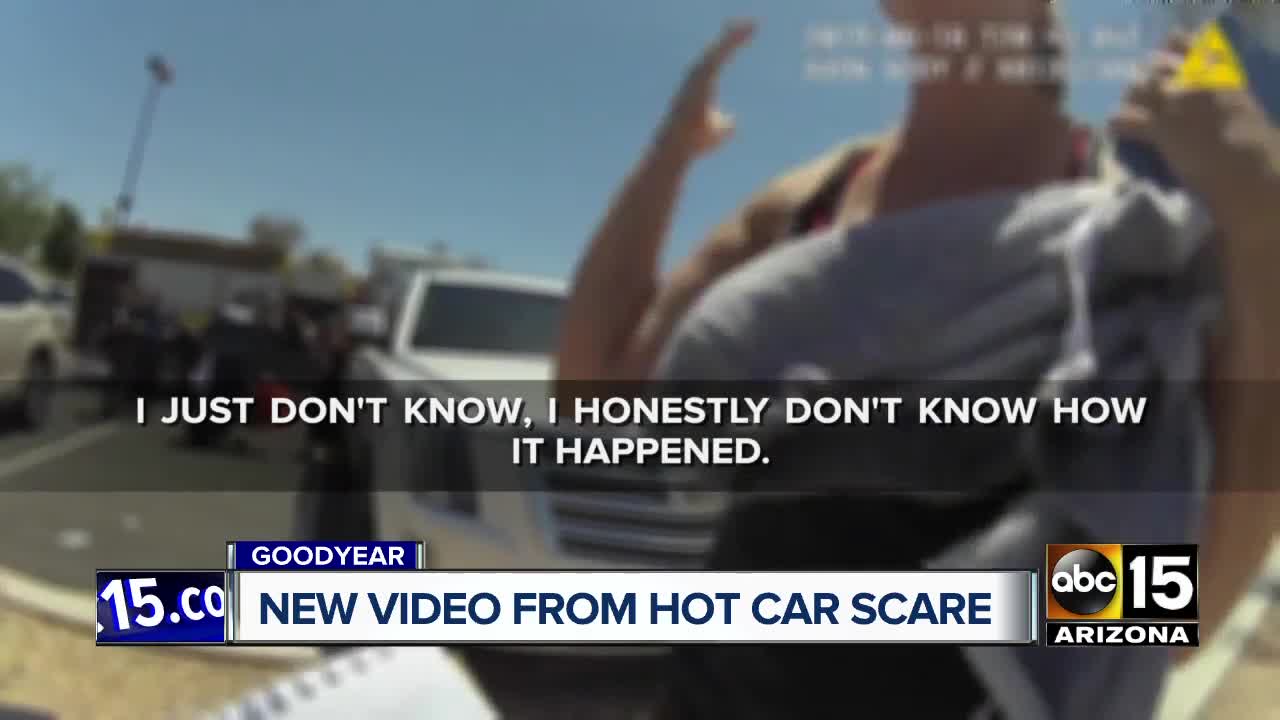 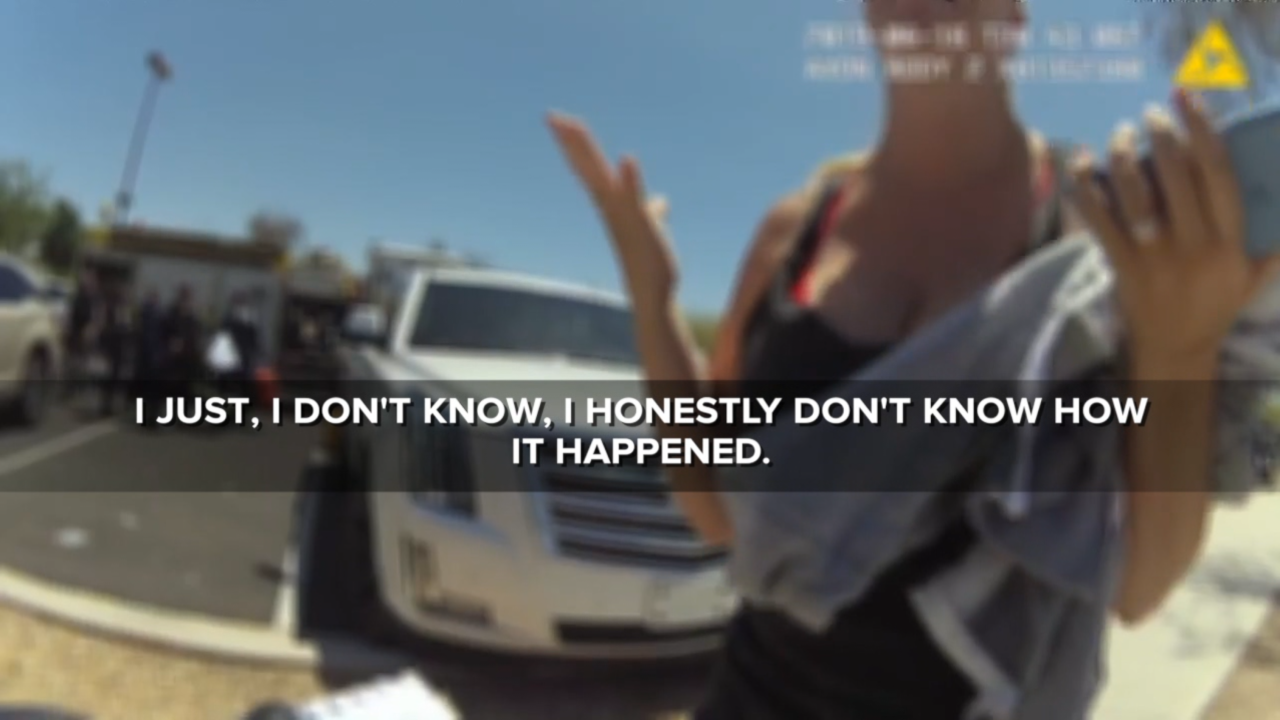 GOODYEAR, AZ — Body camera video shows police questioning a mother who left her toddler in the car on a 107-degree day while she went shopping with her sister.

Police say Stacey Holly left her 5-month-old in an SUV while she went into the Target near Cotton Lane and Yuma Road on June 16.

After spending nearly an hour in the store, her sister realized the child had been left behind and called 911.

First responders were able to get the child out, and the baby was not seriously hurt.

Researchers who have studied these and similar incidents say our brains can easily forget certain tasks if they're in autopilot mode.

"Sometimes when people are driving in cars, they'll go into these mindless states, and they'll drive effectively for 10-15 minutes and not really have any memory of the route they were taking or what they were doing," Associate Psychology Professor at Arizona State University Gene Brewer told ABC15 in May.

Brewer added that changes to routine, distractions, stress and lack of sleep can lead to a brain on autopilot skipping steps.

Holly has been charged with one count of child abuse. Her case is scheduled to go to trial in December.