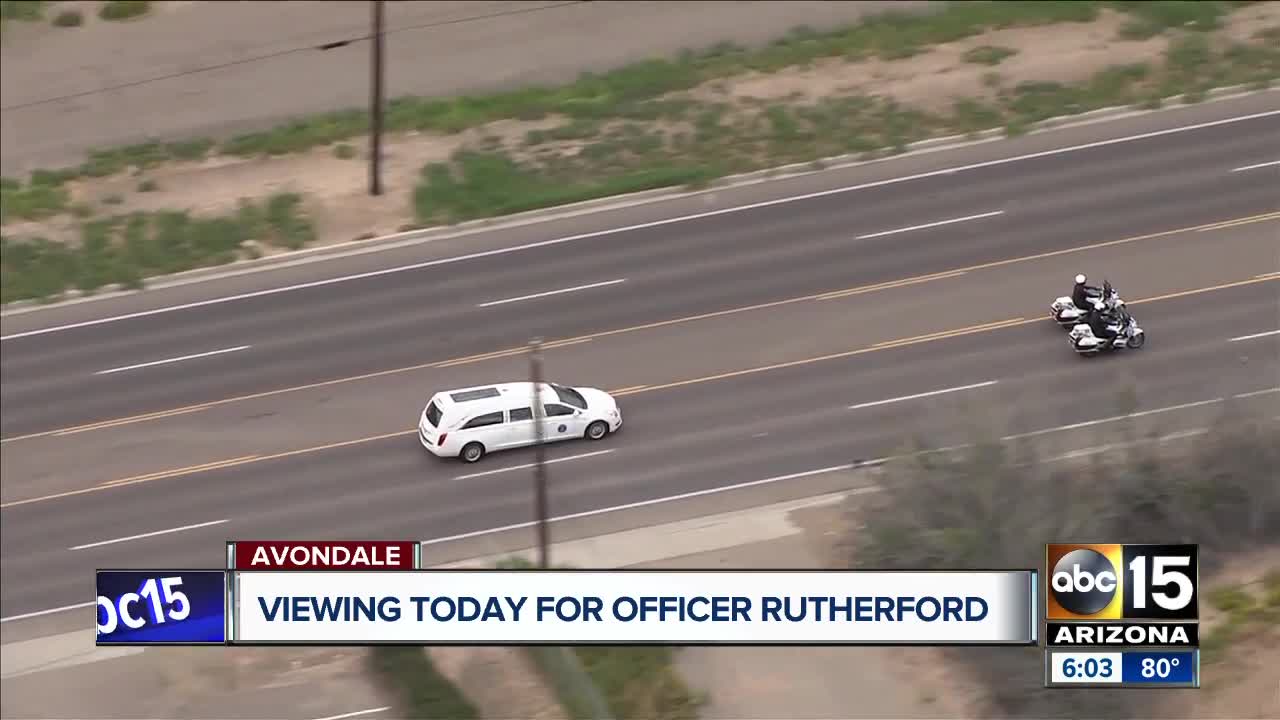 Rutherford, a 22-year veteran with the department, was killed in the line of duty last week. He was hit by a car while investigating a separate crash.

On Wednesday a public viewing and mass was held in his honor. Rutherford leaves behind a wife and two adult children. One of his son's, Chris Rutherford, read a statement on behalf of the family thanking everyone for the support they've received.

"We lost a fellow brother. It's going through the grief process," Commander of the Maryvale Precinct Ed DeCastro said. "This is new for some and so we're trying to support each other and help each other."

A service for Rutherford will be held at 10 a.m. Thursday at Christ Church of the Valley followed by a burial.