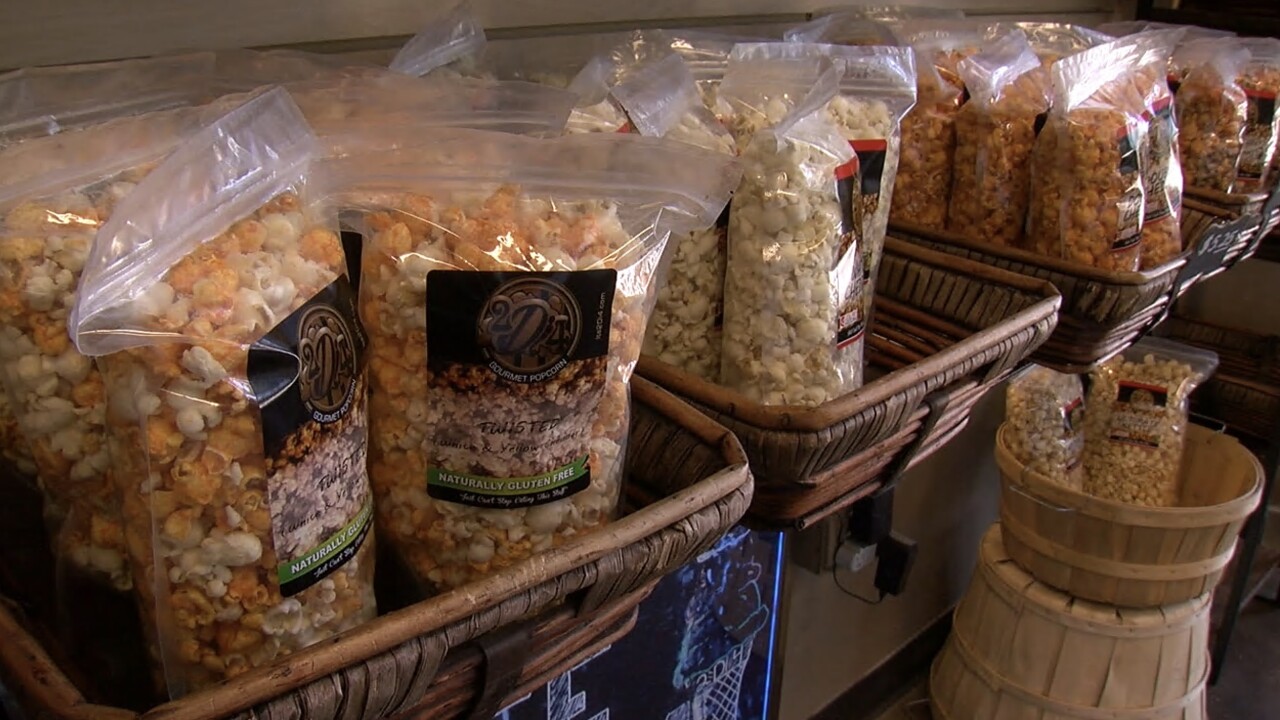 The owners of an Avondale sweet shop, which only recently re-opened, is distraught over the reality that they may be forced to close permanently after failing to come to a resolution about back-rent.

2 "Di" 4 Gourmet Popcorn is housed in a mostly vacant strip mall owned by the City of Avondale. Diane Tanner has owned the business for 12 years, two of them at its current location near I-10 and Avondale Boulevard.

Tanner explained that the business sells specialty popcorn in its retail store and wholesale to casinos, sporting venues, and airports. However, the last six months have been some of the most challenging.

"For instance, with the airport stores, they had an order from February that they haven't been able to pay us for because it all kind of rolls downhill," she said. “They don't have the travelers to buy the product and what have you."

She said they got behind in lease payments in February. Then, Tanner came to an agreement with the City to pay for March and spread out the February payment until June. Then, coronavirus closures were put in place.

"When we said we would pay that, we weren't expecting to do the stay in place order, and for everybody to be home," she said.

The shop closed in mid-March and opened back up the second week of June. Several months in behind by that point, Avondale informed Tanner she would need to pay more than $11,000 by June 30, or she would have to be out by the end of July.

"I asked if they could put what's due at the end (of the lease) and extend it. They said no," she explained.

"We have worked with this business, as with other lessees, during the economic situation arising from the COVID-19 pandemic, while at the same time being responsible stewards of taxpayers’ resources," Avondale marketing director Pier Simeri told ABC15 in a written statement.

He said not collecting rent would be considered a "gift of public funds" which is not allowed under the Arizona Constitution. He added that, "she has not made timely and/or complete lease payments both before and during the pandemic."

Tanner said she does not expect the city to waiver her rent. "I'd like for them to have a dialogue with me and work with me," she said.

It's not just Tanner who would be affected by a closure. Her shop sells other local wholesale items like ice cream from Karen's Kreamery. Owner Karen Gagne told ABC15 she is relying on sales from Tanner's location to keep her afloat since all of her normal customers are not allowed to operate due to COVID-19.

"The big event that we had was Spring Training going on," she said. "We do all of Ak-Chin Desert Sky Pavilion – all the concerts there. All those have been canceled. We have all the events at the Phoenix Convention Center. They've all been canceled. Basically, there hasn't been any events whatsoever," Gagne said.

Before the Tuesday deadline passed, Tanner delivered a letter from her attorney asking that she be allowed to pay in installments. She has also raised nearly half the money but needs more to pay back what she owes.

"We really don't want to move. I've got over $50,000 in tenant improvements in this place. My blood sweat and tears," she said.