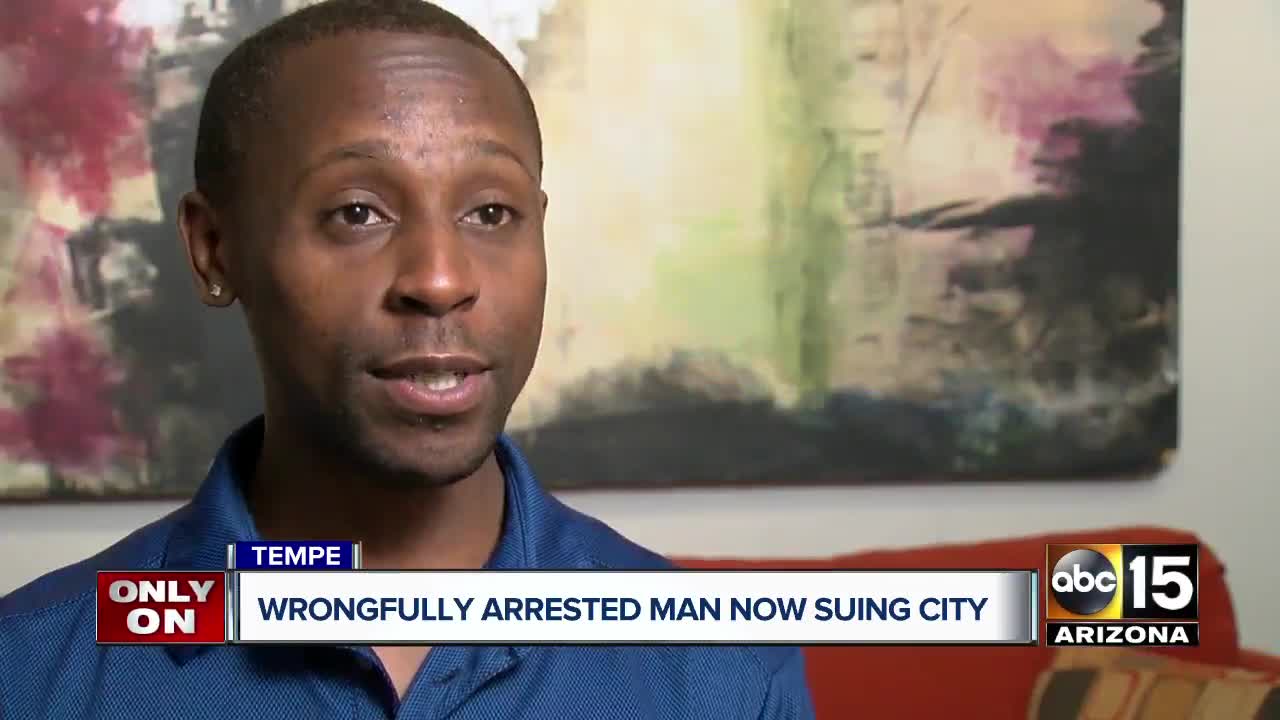 TEMPE, AZ — A Valley man plans to file a lawsuit against the City of Tempe after he was arrested for a crime he didn't commit.

But Baker didn't go home. In February of last year, the 33-year-old was arrested in connection to an armed robbery at a T-Mobile store in Tempe.

Baker and two others were accused of holding employees at gunpoint and stealing more than $18,000 in cell phones.

"I've never stolen, I've never been in a fight. I've never even been suspended from school. So, to be accused of robbing and tying someone up during an armed robbery, never," said Baker.

Baker pleaded with police that he was innocent, even though one of the victims had identified him as one of the bandits.

Baker was walking to his neighborhood QT gas station when he was arrested by police. According to officers, Baker was spotted near the area where the getaway car was discovered.

He spent 69 days in jail - unable to afford to post bond.

"When I knew I had the evidence to prove my innocence, it was exhilarating," said Baker.

With help from his attorney, it would be Baker's own cell phone that held the key to his freedom.

Using GPS data from his cell phone, police were able to determine where he was when the alleged crime was committed.

Unfortunately for Baker, it wasn't until January of this year, the charges against him were finally dismissed.

Baker's father Kim says the system simply failed his son. "All they had to do is vet his story, go a little deeper," said Kim.

The Bakers now plan to file a lawsuit against the City of Tempe.

"I want it to be imprinted in their minds that any time they make an arrest from this point on that it be verified and that they follow up accurately thoroughly, and quickly with what they have been told or provided to them," said Baker.

Baker said he has struggled to get jobs due to the stories about the robbery circulating online.

He's also never received an apology from anyone for the mix-up. In fact, the courts recently sent Baker a bill for restitution totaling $1,200.

He'll fight that along with the lawsuit at a Tempe City Council meeting this week.