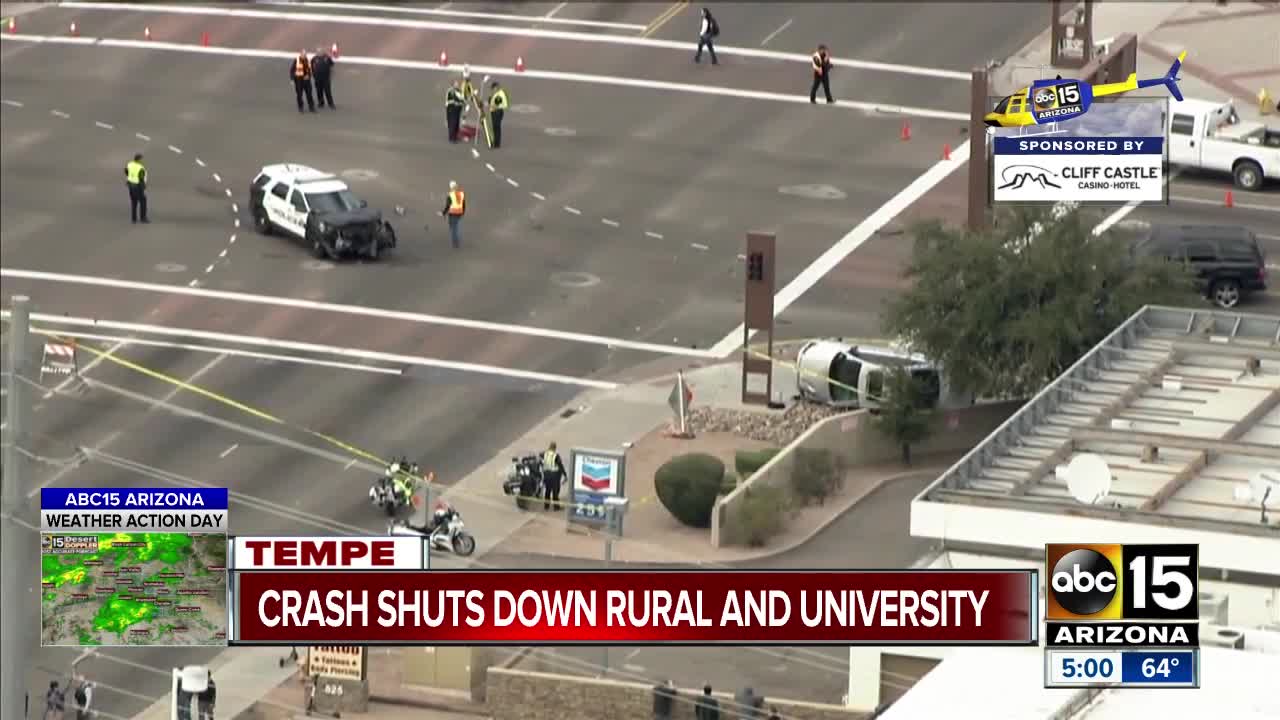 The crash, which happened near Rural and University, did not result in any life-threatening injuries. 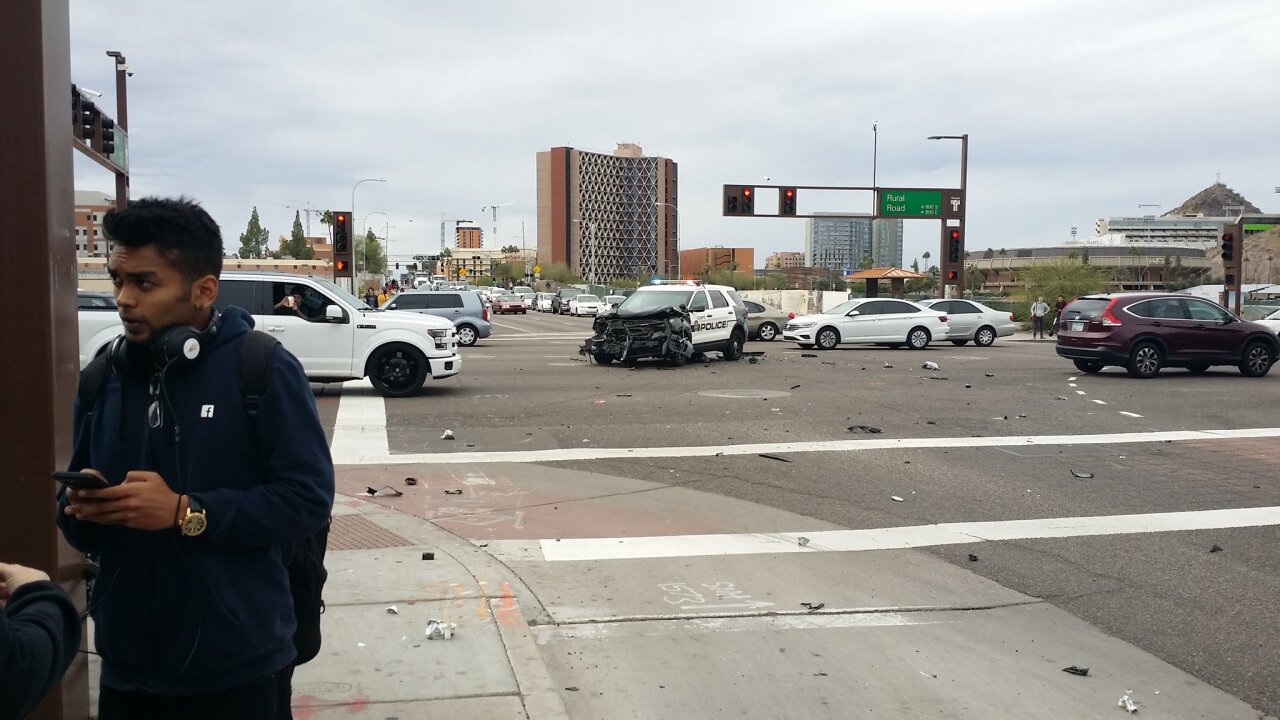 The crash occurred at the intersection of University Drive and Rural Road just after 2 p.m.

A second vehicle then entered the intersection eastbound and also collided with the officer’s vehicle. The second collision then caused the second vehicle to strike a pedestrian on the sidewalk.

A total of three patients, including the officer, were transported to the hospital with non-life threatening injuries, according to police.

It's unclear if anyone will be charged in the crash.