Tempe Police reform meeting was closed to the public 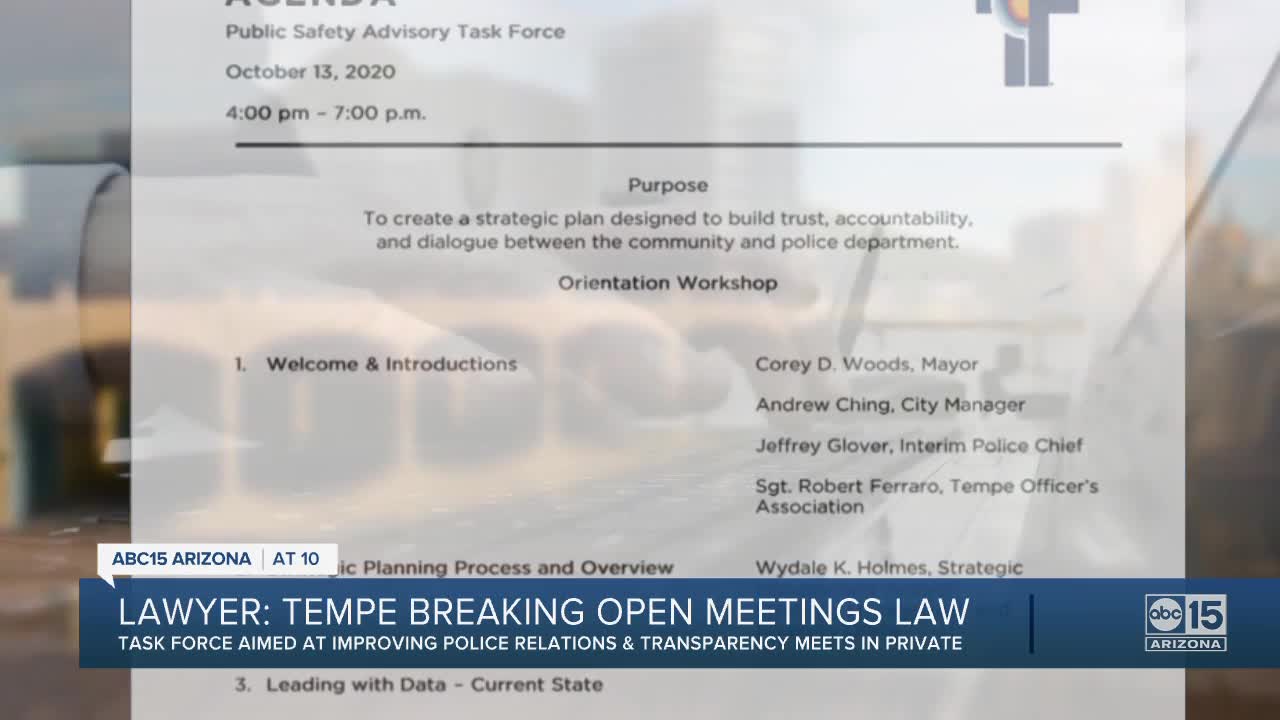 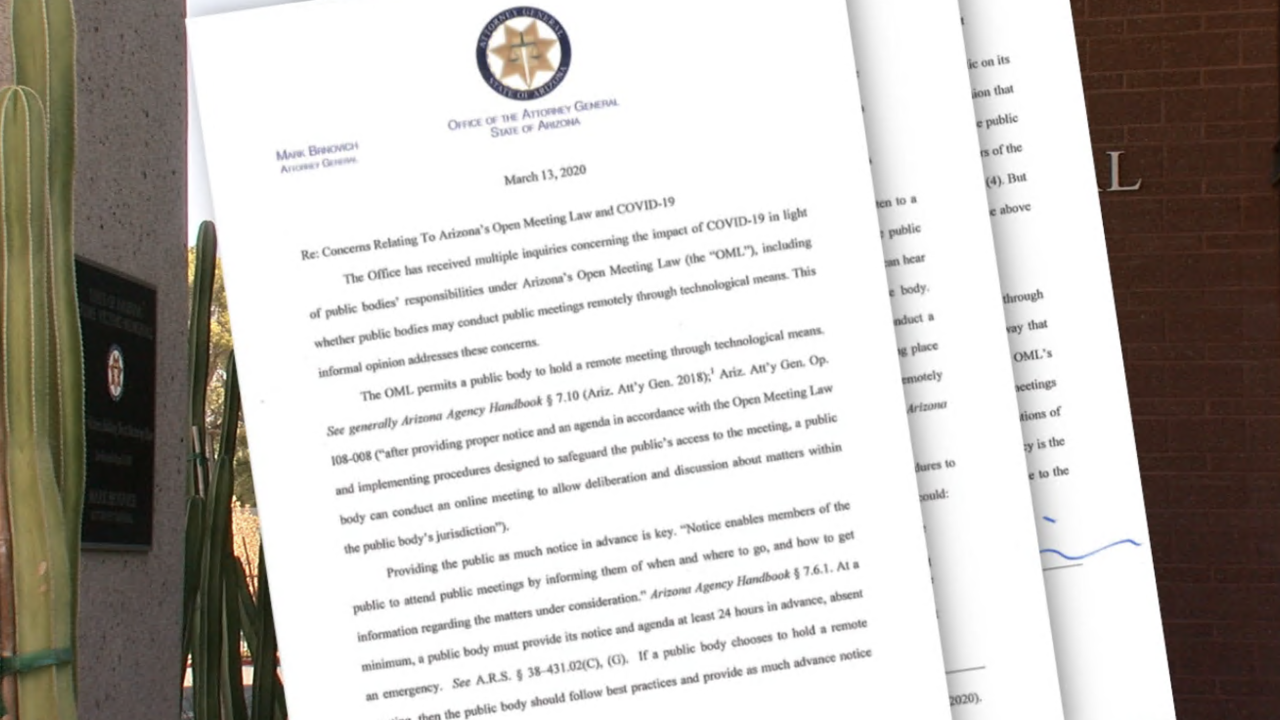 The task force will meet six times to produce recommendations to the police department on building community trust in Early 2021. The 22 citizens on the board were appointed by Tempe Mayor Corey Woods.

“This is a really important community conversation,” Woods said.

The first meeting Tuesday was held virtually via Zoom. ABC15 was denied access to the meeting and told no members of the general public were allowed to attend or view it in real time.

According to an Arizona attorney general opinion in March, meetings of government or other public bodies, even those held virtually, must be made open to everyone, in accordance with Arizona's open meeting law.

“This is an advisory committee appointed by the mayor, and thus subject to the open meetings law," said Dan Barr, an attorney who works with the First Amendment Coalition of Arizona. “It doesn’t follow under any of the exceptions for executive sessions.”.

Minutes before the meeting, Tempe’s city attorney claimed the meeting was not public and not subject to the open meeting law because there would not be dialogue, discussion or exchanges of ideas.

“The way it was framed to me was that this was an orientation,” Mayor Woods said.

“There is no exception in the open meetings law for the first meeting of a public body,” Barr said.

According to attendees, police gave presentations on public safety data, including a survey about how many Tempe residents feel safe. They also heard about city council priorities.

“We spent a lot of time on training and recruitment,” task force member Janelle Wood said. “The other thing was the officers‘ mental health."

For years, people of color in Tempe have voiced concerns about racial bias in policing and excessive force. Several police incidents have attracted national attention including when 14-year-old Antonio Arce was shot in the back by an officer in 2019. This August another officer held a black hotel employee at gunpoint and used profanities when he was supposed to be looking for a white man with a gun.

The city attorney, through a spokeswoman, offered the possibility that future meetings would be public if certain criteria are met.

City officials say they will post video of all Public Safety Advisory Task Force meetings online after they take place and air them on Tempe 11 television for people to watch.