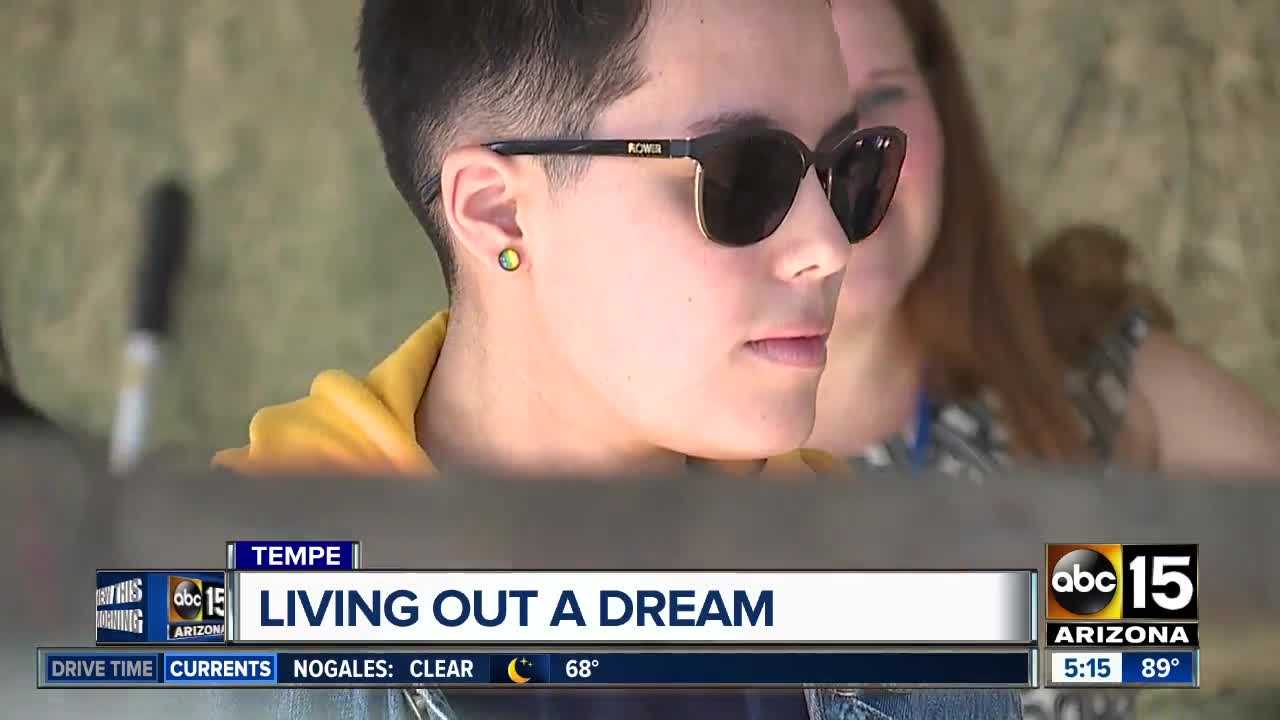 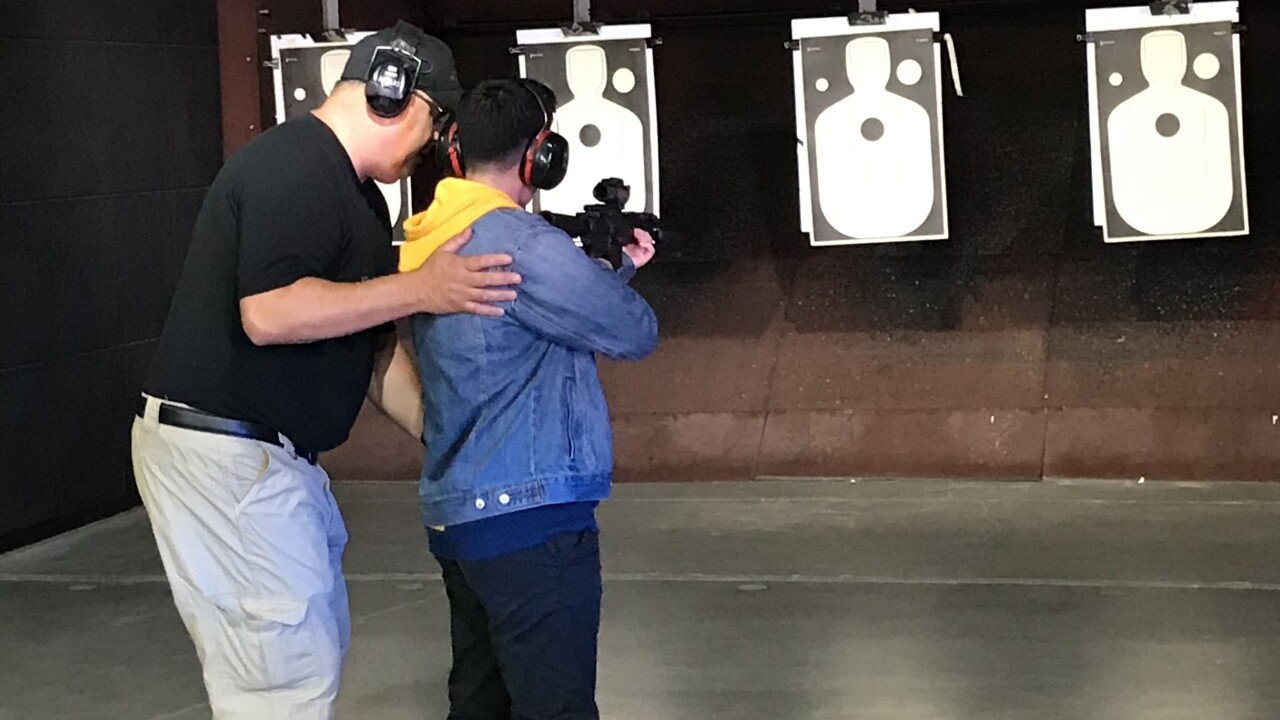 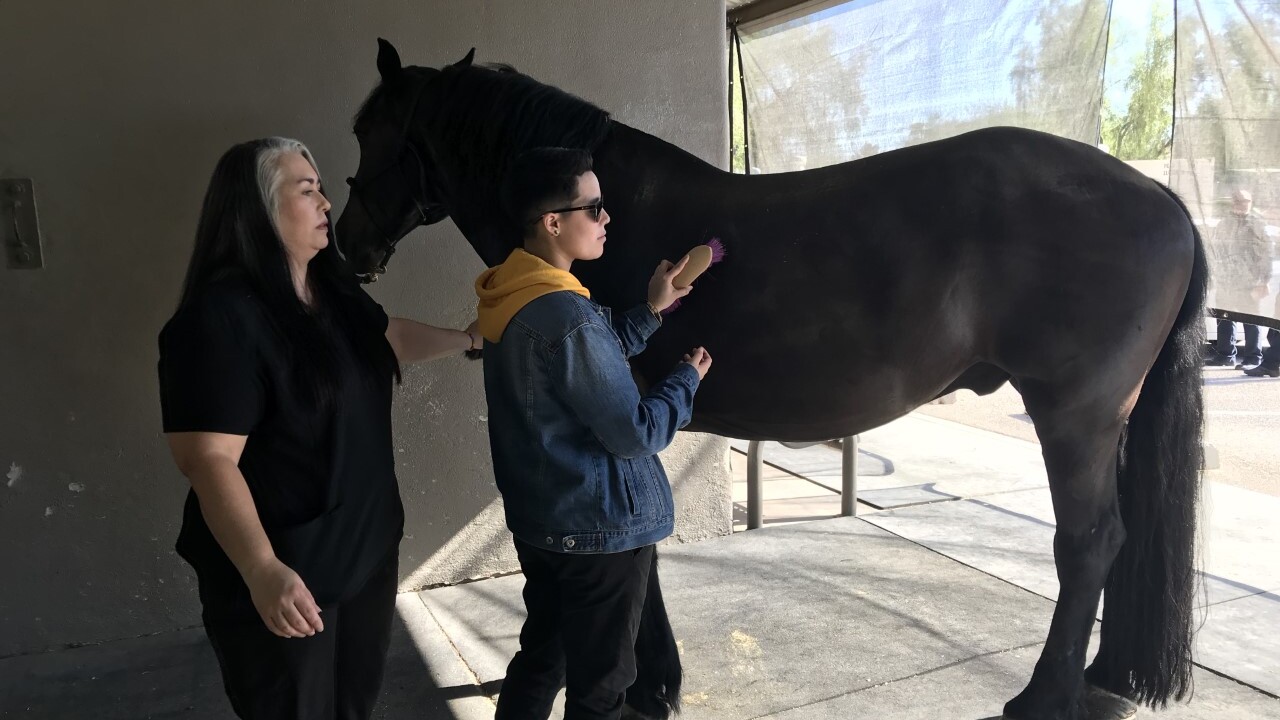 TEMPE, AZ — A Valley teen overcoming a traumatic brain injury had the chance to live out her dream with the Tempe Police Department.

"Since she was little -- I mean, little, little, -- she's always worn cop badges during Halloween or tried to arrest all her siblings," said Carla Estrada, 19-year-old Angelica's mother.

When Angelica was 13, she suffered an injury in a pool that triggered an autoimmune response, attacking her internal organs and leaving her weak and wheelchair-bound.

"We actually almost lost her two years ago," Estrada said. "She had lung failure."

Estrada and Angelica's nurse, Monique Nelson, fought with the family's insurance company to receive the proper medication and, within months, she was walking again and making progress. She still receives frequent visits from Nelson as part of her treatment and, according to Estrada, has difficulty expressing her emotions.

During a recent visit, "I said, 'what are you going to do after you graduate?'" Nelson told ABC15. "She said, 'my dream is to become a police officer.'"

Nelson called her brother, a Tempe police officer, who helped arrange a special day for Angelica to shadow and train with officers in several facets of the department.

ABC15 was there as the teen met with officers in Tempe's mounted unit and practiced her shooting skills with the firearms training unit.

"I told her, 'ask all the questions you can,'" Estrada said. "'Figure out where you fit in this department so hopefully you'll be able to live your dream.'"