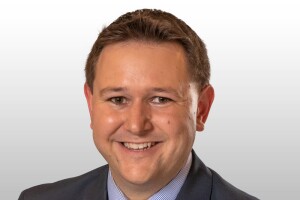 John Genovese joined ABC15 as a multimedia journalist in May 2017.

John grew up in the Valley and is excited to be back!

Before joining ABC15, he worked at two of our sister stations, WCPO in Cincinnati, Ohio, and KERO in Bakersfield, California. He's reported on just about everything, from All-Star Game events, to the Republican National Convention and Hurricane Matthew in Florida.

In 2016, John was nominated for a regional Emmy award for his breaking news coverage on a carjacking with a mentally-disabled man in the backseat.

He earned his bachelor's degree in Journalism and Mass Communication from the Walter Cronkite School at Arizona State. While in college, he was awarded first place in the Hearst Journalism Awards national championship.

Outside of work, John loves spending time with family, exploring the area, attending concerts and checking out new restaurants and breweries.