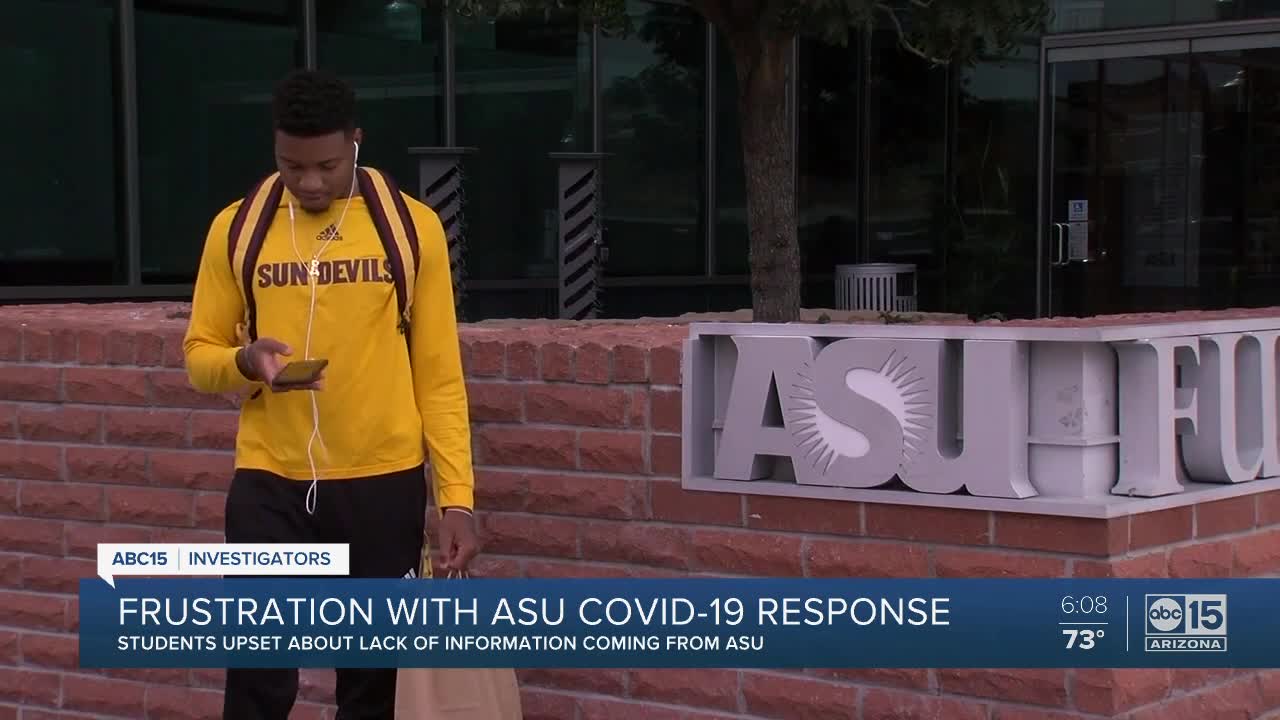 Students upset about lack of information coming from ASU.

TEMPE, AZ — The new coronavirus may have forced classes online but there are still students on the Arizona State University campus.

Freshman Jacob Shine wonders if the 15 students recently diagnosed with COVID-19 were on campus with him.

"We've really heard nothing about that," Shine said.

In an interview with the State Press on Monday, University President Michael Crow did not say whether or not the students have been on any of the campuses.

"The university response has just been pretty abysmal," Shine said. He is also disappointed with the University's overall response including its refusal to refund students dorm and meal plans if they move out.

Student Erin Collins agrees. ABC15 talked to her last week about her frustration with the school refund policy. She moved out the last of her things over the weekend and is now concerned that the University hasn't disclosed more about possible coronavirus exposure.

"It's just frustrating that we haven’t heard anything about that and to find out through like a news article rather than the school itself who should be on top of that and letting the students know 'Hey we’ve got 15 new cases we're monitoring them but just to let you guys know in case anything happens,'" she said.