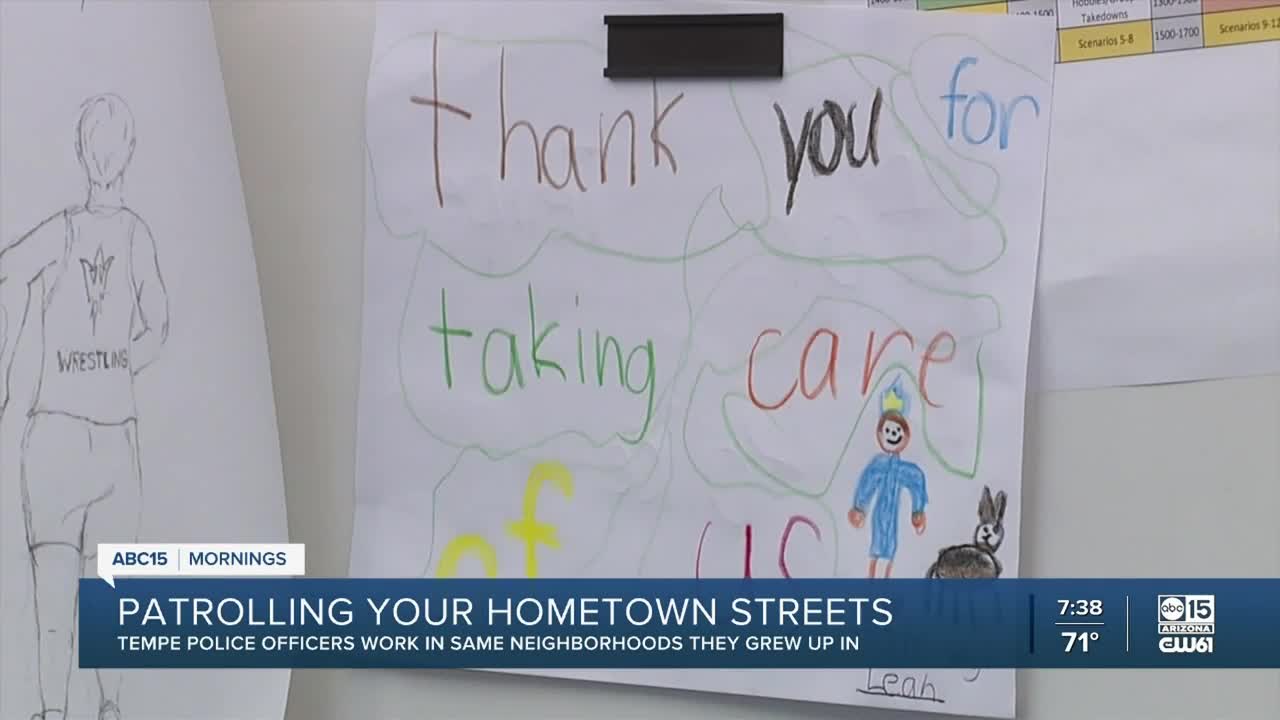 Out of the 350 sworn officers on the Tempe Police Department, about 10 to 15 were raised in the city they now serve. 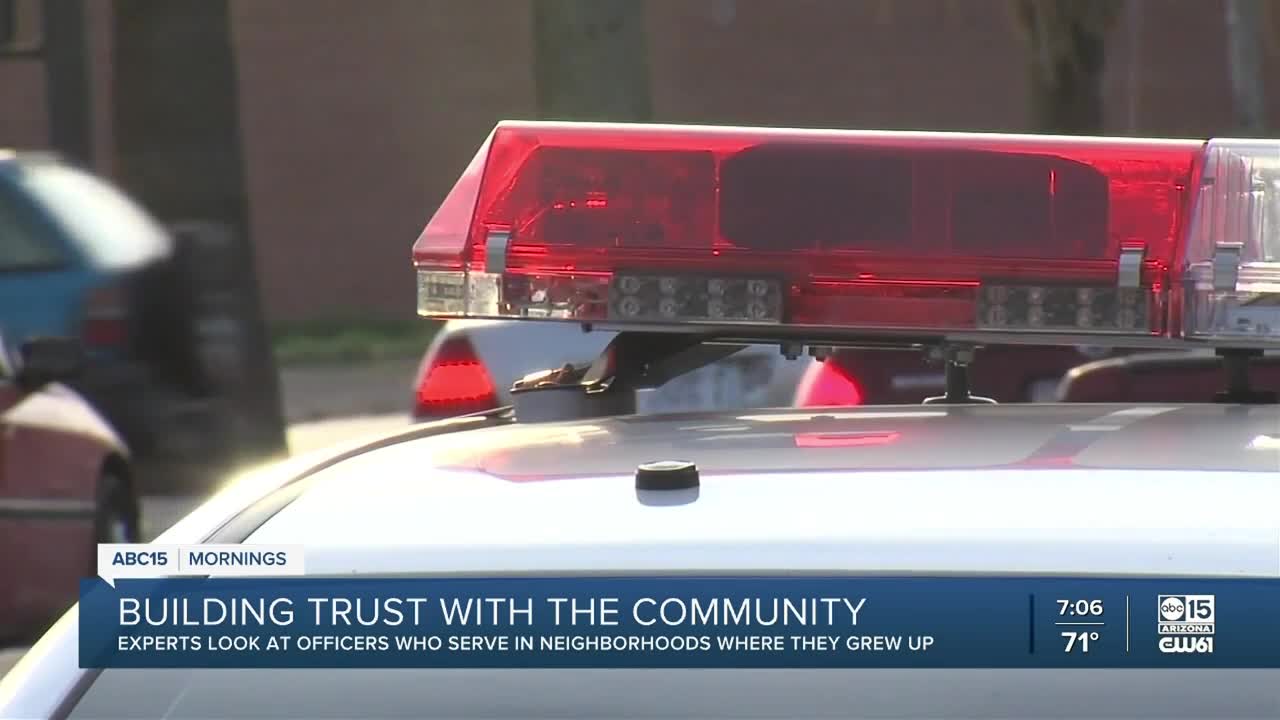 TEMPE, AZ — Bridging the divide between police officers and the community is a task departments across the country, including in Arizona, say they're working on. But how common is it for officers to grow up in the neighborhood they now serve? And does it make a difference when it comes to building trust?

Out of the 350 sworn officers on the Tempe Police Department, about 10 to 15 were raised in the city they now serve.

Detective Natalie Barela, who currently serves as the department's spokesperson, is one of them. She's been with the department for six years and has had many different roles from working patrol to school resource officer.

"I worked at McClintock High School for three years," she said. "My sister is a school counselor, so I got to not only work in the school my sister works, but be surrounded by students."

Tempe Officer Jeremy Evans says on his father's side, he's a fourth-generation Arizonan and has also had his run-in with familiar faces. As an officer in training, he says he landed on the squad of his former school resource officer.

“He was just helping some little junior high kid navigate through life back then, fast forward 10 years and now he’s helping groom an officer to be like him who hopefully can go back out," Evans said. "So, you have this generational fruition going on, which was pretty cool."

Lydia Guzman is the director for advocacy and civic engagement for the non-profit Chicanos Por La Causa. She currently sits on several police advisory boards for the city of Phoenix.

She says officers who shop in the same stores, worship in the same churches and have kids who go to the same schools as the people they work with are more connected to the issues the community is facing.

"I think it's a given that officers that are from the community do perform better, simply because they know a lot of the people in the community," Guzman said.

Guzman says she believes hiring locally will help build more trust between residents and officers, despite many departments currently recruiting out of state.

"When you bring someone from the outside, particularly from somewhere that's not your own, they do not have that relationship or special connection," Guzman said. "So, when it comes to treating members of that community, whether they're talking to a victim of a crime, a witness to a crime, or maybe a perpetrator, that connection is going to get lost."

Michael White, a professor at Arizona State University's School of Criminology and Criminal Justice says for a long time, experts have suggested police officers should reflect the community they serve.

"Both in terms of race and ethnicity and community values, so someone who grew up in that community presumably would have a better understanding of that community," he said.

Prior to the COVID-19 pandemic, Barela says the Tempe Police Department would periodically host community forums on community policing, crime trends and other areas of concern within the city. She says they plan to resume those efforts when it is safe to do so.

Both Barela and Evans agree that building trust also comes during the every-day interactions they have with residents when they're not responding to calls.

“It’s really important for us to get out of our cars and walk around some of the neighborhoods we work in," Barela said. "A lot of times, officers get to know people within the community and that will help us continue to build that trust.”

Tempe Mayor Corey Woods is currently forming a new Public Safety Advisory Board to examine policing in the city. According to the city of Tempe, the advisory group will "focus on data, policies, hiring, use of technologies, training, and how the city engages with people who are black, Indigenous and people of color, and those with mental health challenges."