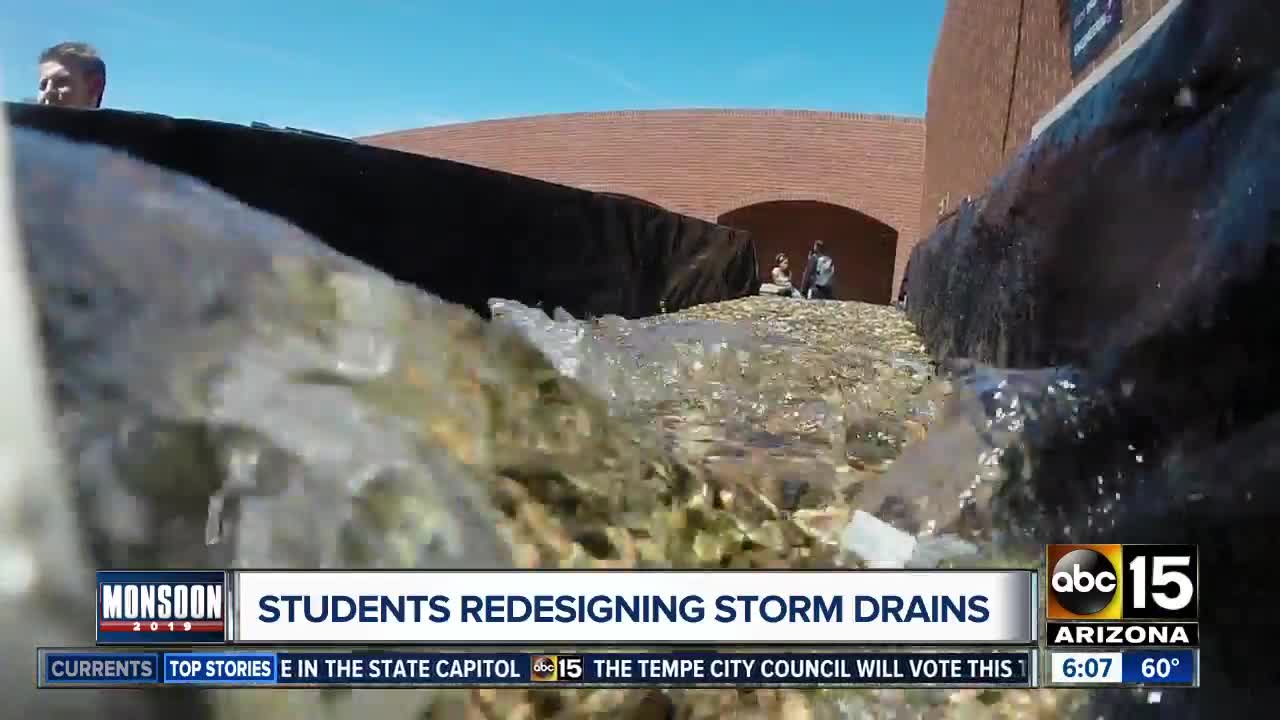 Mesa transportation officials are looking at ways the city may be able to implement a storm drain design by two students at Red Mountain High School that improves water flow and prevents trash from reaching its pumps and floodwater retention system.

MESA, AZ — Mesa transportation officials are looking at ways the city may be able to implement a storm drain design by two students at Red Mountain High School that improves water flow and prevents trash from reaching its pumps and floodwater retention system.

The four-foot long prototype, created by seniors Kyle Kuehne and Zach Scally, was built using a mix of pea gravel and epoxy. Unlike the metal grates currently used on the city's storm drains, the students' design blocks trash from falling into retention basins while still allowing water to flow through.

"Our project started off as a requirement just to pass the class," Scally told ABC15. "We didn't expect how much trash actually got [into the storm drains]."

The students, working on a senior project for their engineering class, reached out to Mesa's transportation department for guidance. They met with Bill McLeod, a field operations supervisor, around a half-dozen times to seek advice on the design and potential improvements. A test of the prototype found it can handle 3.6 gallons of water per second and nearly 13,000 gallons of water per hour.

"I've had a lot of people reach out to me for different questions but never the high schools," McLeod told ABC15. The meetings were "fun for me," he said, "just to get to see them and their creativity and how they come up with their ideas."

McLeod said it is a costly process for Mesa to remove trash from the city's 10,000 retention basins and requires crews to work year-round. The drains and basins are designed to minimize flooding on roads and near homes during severe weather. While the students' prototype is promising, he said additional tests and certifications are required to implement the design on city storm drains but the department is evaluating other ways it could be put to use.

Kuehne and Scally are beginning college this fall and said they are considering a career in engineering. Their design recently placed at ASU's EPICs (Engineering Projects in Community Service) competition.