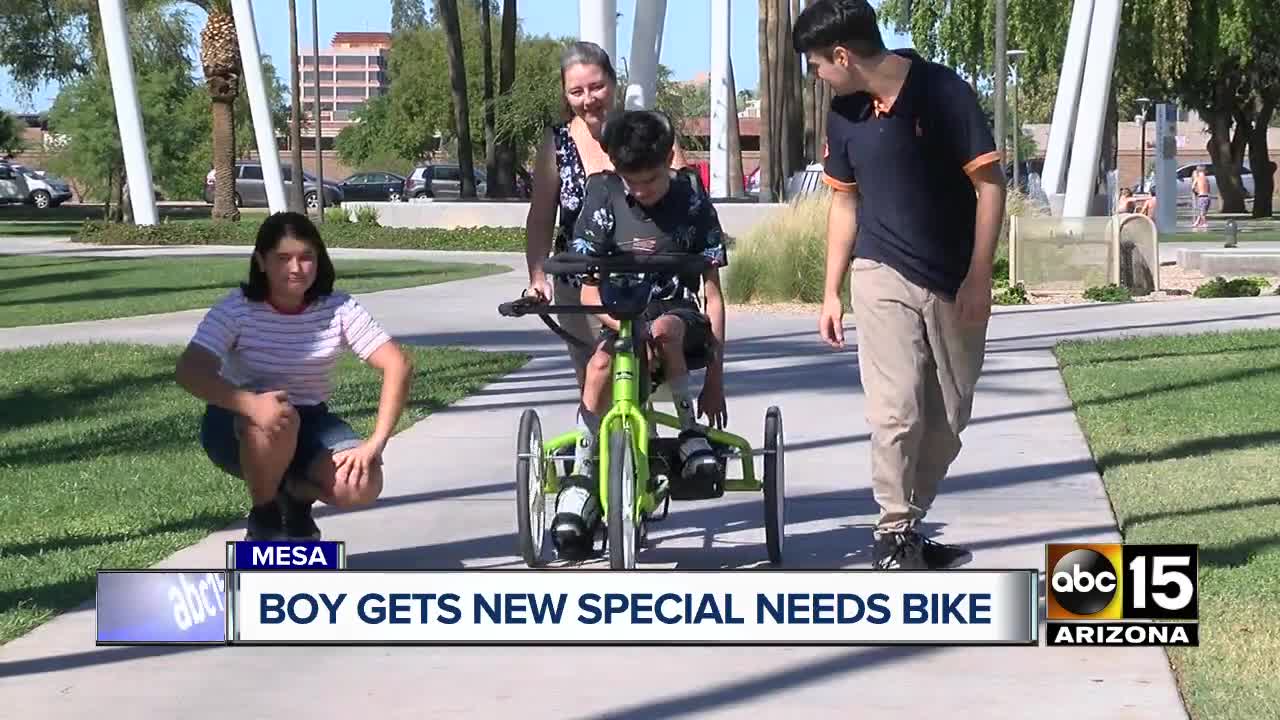 Valley company steps in to help Beorn Rankin after his bike was stolen. 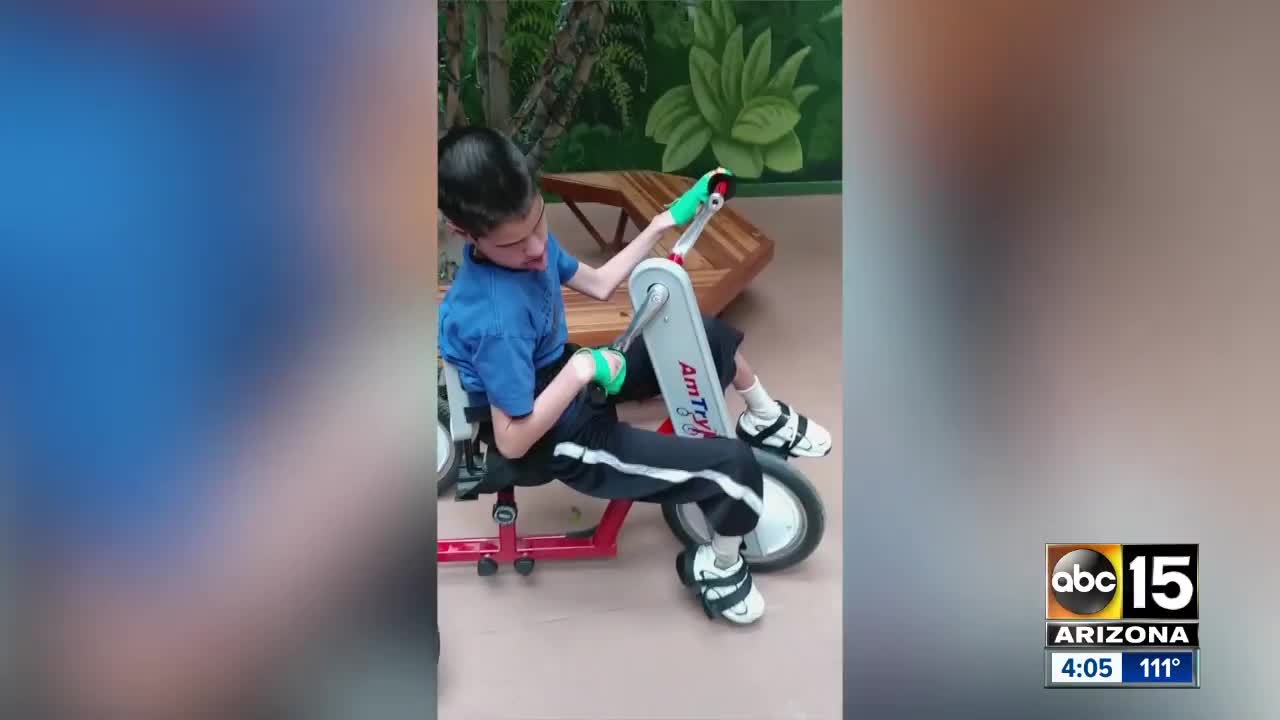 MESA, AZ — Mesa police are looking for the crooks who stole a special needs child's bike over the weekend.

It was a heartwarming moment caught on video for Stephanie Rankin and her husband.

"I shot video of him riding with the therapist, and when I sent it to my husband, he cried because he was like I never thought I'd see my kid ride a bike," said Rankin.

Rankin's 14-year-old son Beorn suffers from a rare condition that requires around the clock care.

"HE had DNM1 gene mutation and he went undiagnosed until he was almost ten," said Rankin.

"He is developmentally like a baby still, so lots of therapies, PT, OT, speech that sort of thing."

In order to make physical therapy more fun, his therapist suggested purchasing a special needs bike - one built for his specific physical limitations.

"They're insanely expensive, anything you put the word special needs to the price just skyrockets," said Rankin.

The search was tedious as the bike he would need cost more than $2,000. Rankin soon found another Valley family on Offer Up selling one for $500 and jumped at the deal.

"For us, it's one normal thing, your kid getting to go out and ride a bike, it didn't feel like therapy to go outside and ride around the cul-de-sac on the bike," said Rankin.

And Beorn's smile in the dozens of pictures she has on her phone says it all. The entire family joining in on on the fun daily.

But this weekend, Rankin says someone cut the lock off their back yard gate near Southern and Oracle in Mesa and stole the precious item.

"I would just tell them how incredibly sad it makes me and my family that they felt the need to take this from us," said Rankin.

They've since filed a police report and posted on Facebook about the theft. A post that's been shared thousands of times.

Their hope is it'll be returned as replacing it could be a real challenge.