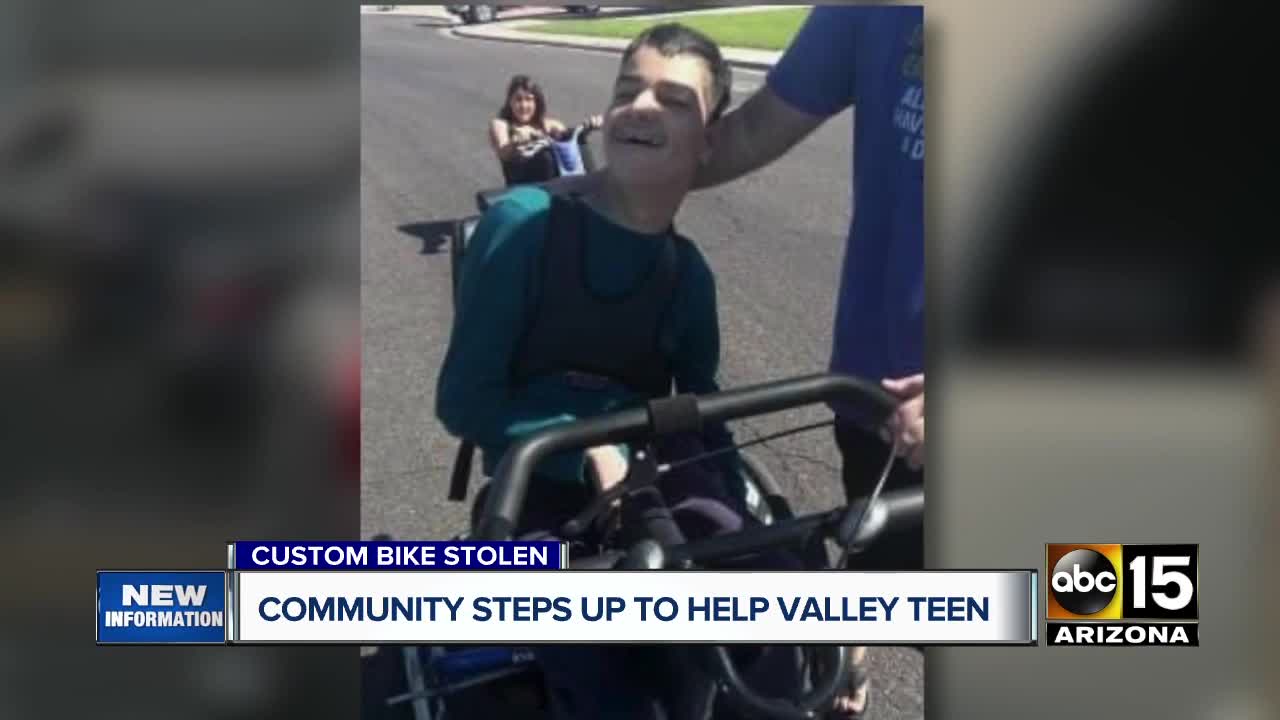 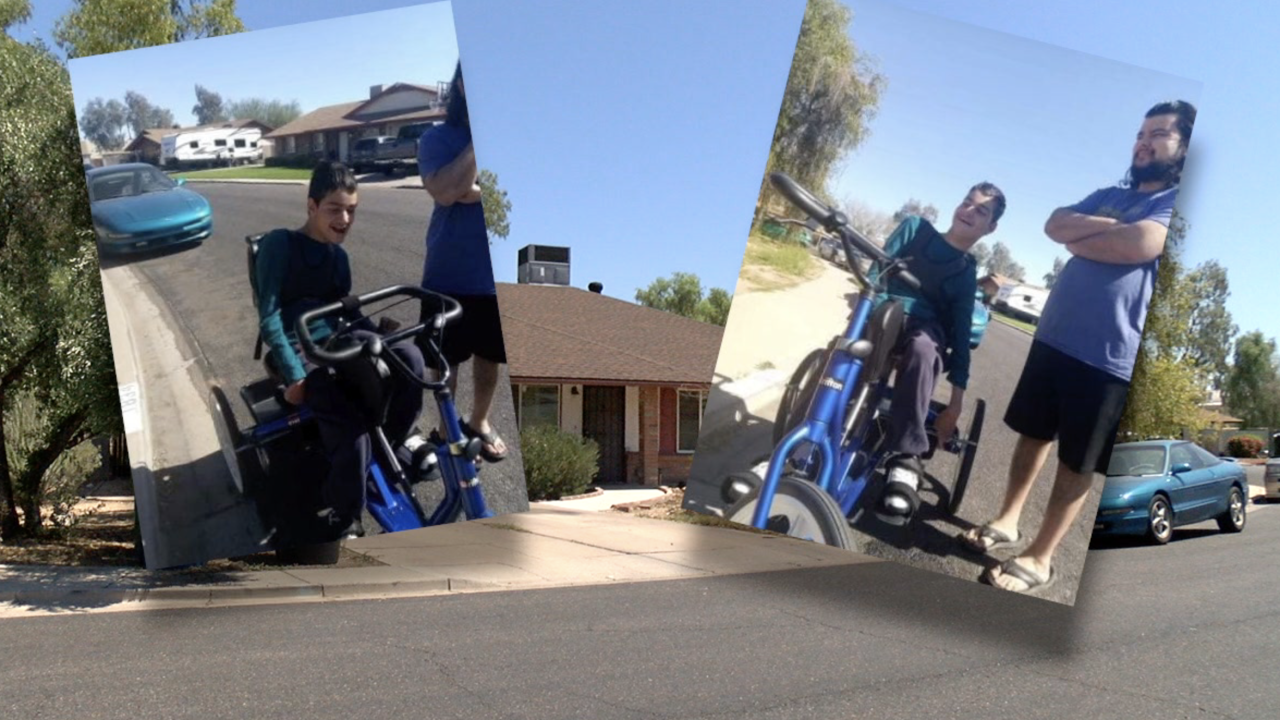 MESA, AZ — One after another, the Facebook messages, emails and calls poured in. All for a family searching for hope.

"Instead of feeling bitter and upset about it, it has just been really wonderful heartwarming situation," said Stephanie Rankin.

Last week, Rankin and her family came to the sad realization: The custom bicycle purchased for her 14-year-old son Beorn Jr. was gone.

"It's that shock, you don't necessarily believe it, she went outside, she looked, and then when she woke me up, I went outside and looked," said the teen's father.

Beorn, or Bubba as they call him, suffers from a rare condition that requires him to have constant care. But last spring, the family saved $500 to purchase a specially made bike to make physical therapy more fun.

"He doesn't light up to everything, I don't get reaction out of every toy I put in his lap or his hands, and yet this was something that I have a picture of him smiling pretty much every time we went out on it," Rankin said.

But when thieves cut the lock on the family's gate and stole the bike, their community stepped up in a big way, including one Phoenix company, AMS Vans.

"One of our employees actually saw it on ABC15 and came into work the next day and went to our senior managers and said 'Hey I saw this story about this kid, his bike was stolen, they're driving one of our vans, that's one of our customers,'" said general manager Randy Shiller

The company jumped into action, contacting the maker of the bike, a company called Rifton. The business would pay whatever it cost to have a new one custom-built to Bubba's needs. Employees say they have a special customization in store for him.

"Our mission is to really provide independence through mobility solutions, and while yes we do sell vans, Bubba's independence was getting on the bike and riding with his brothers and sisters," said Shiller.

The gesture of kindness, one of so many, has inspired the whole family.

"You just feel like 'Wow, you know all these people really care about my kiddo, that he has this quality of life,'" said Rankin. " And there's this thing in his life that can bring him happiness and all these people want to make sure he still has that. It's amazing."