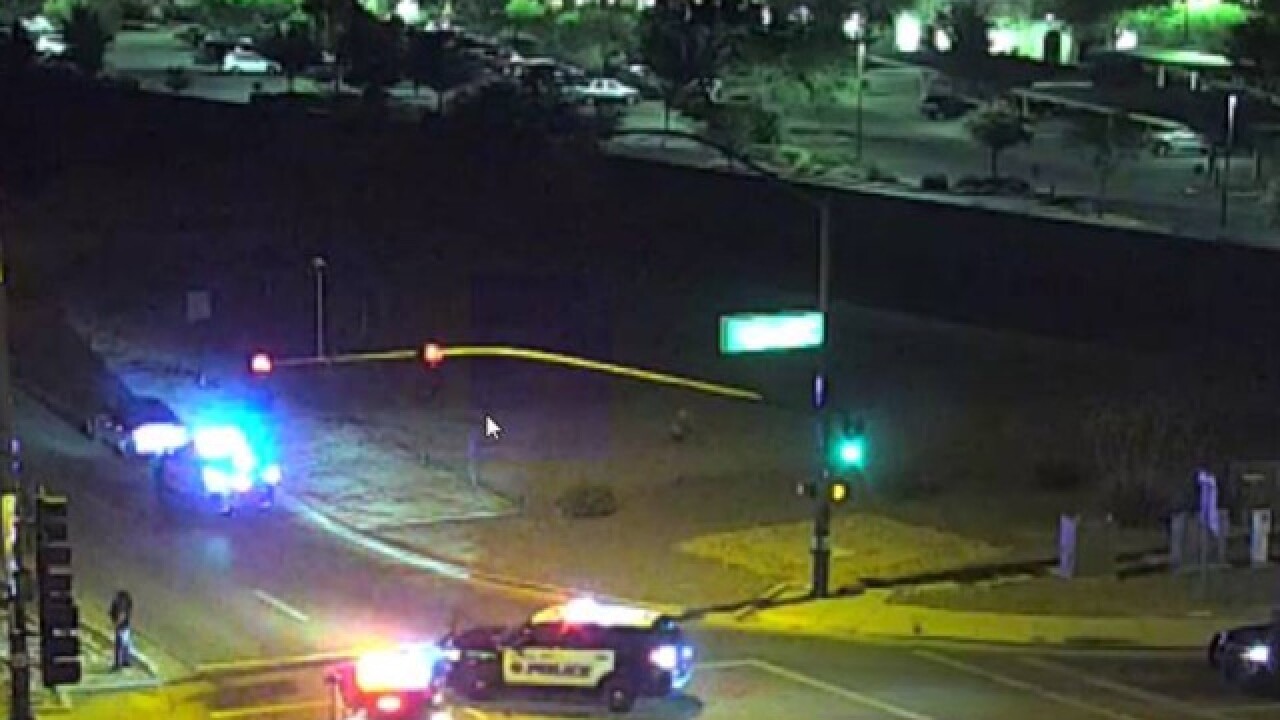 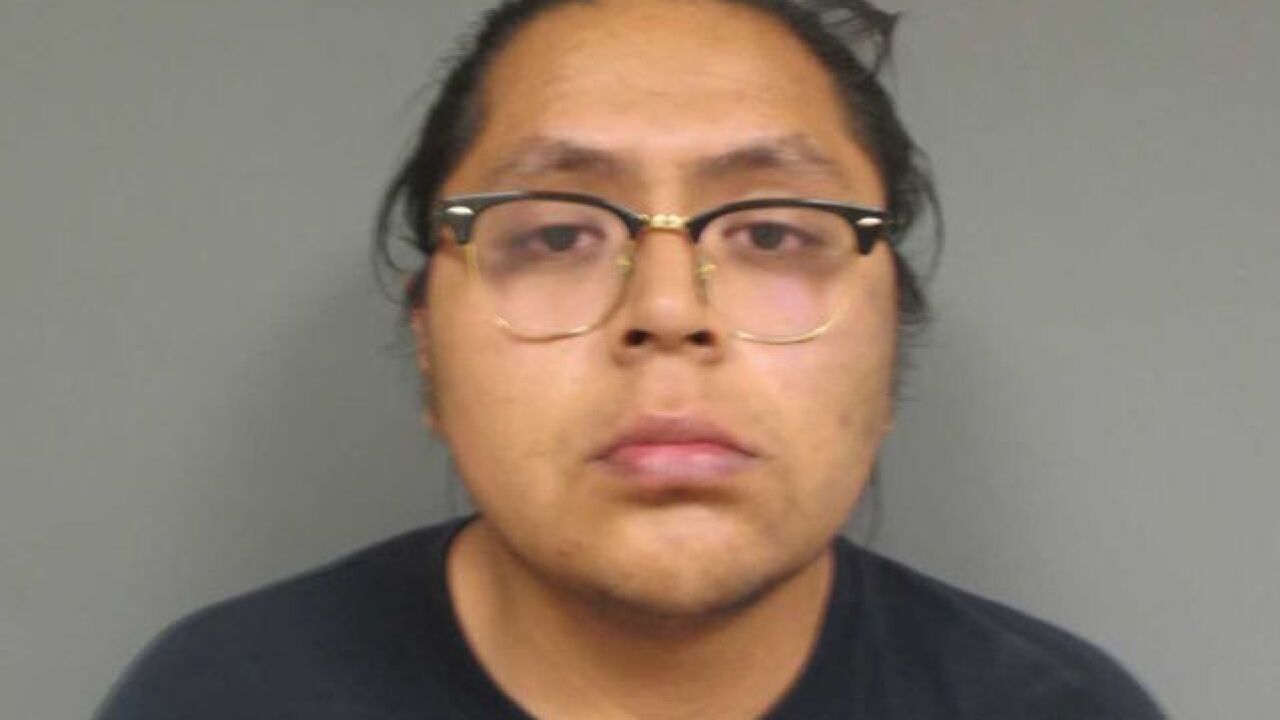 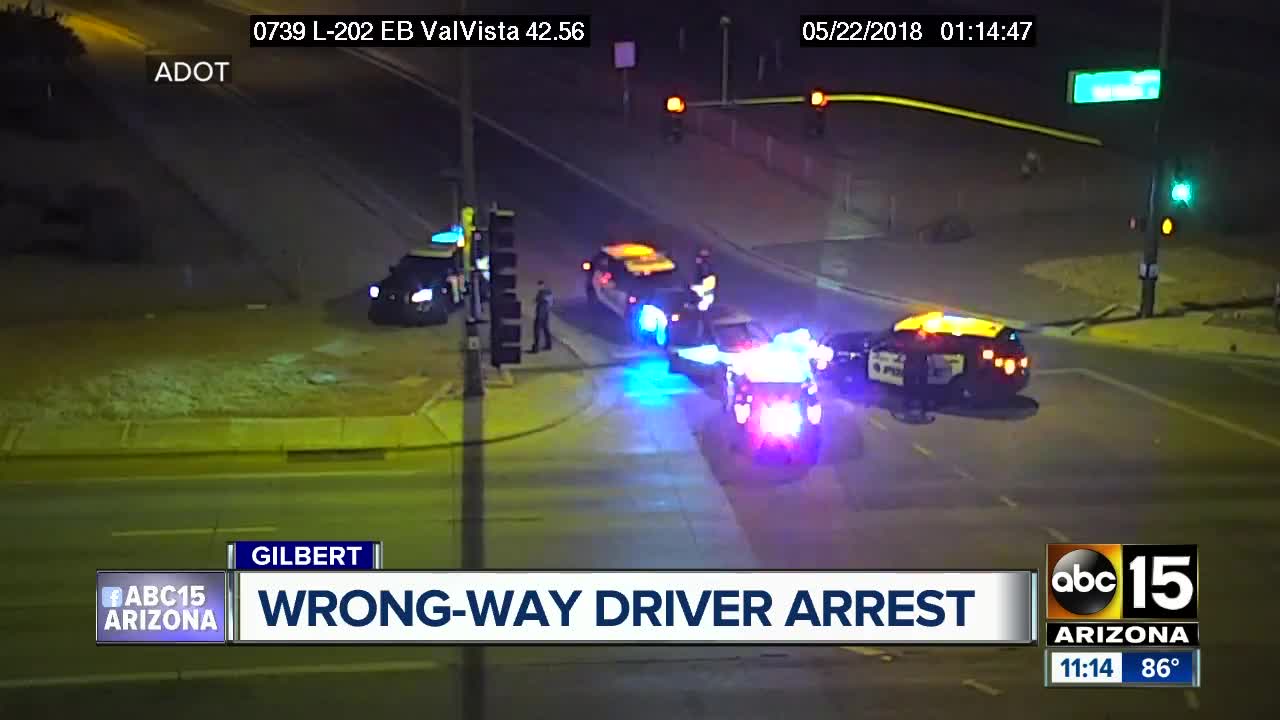 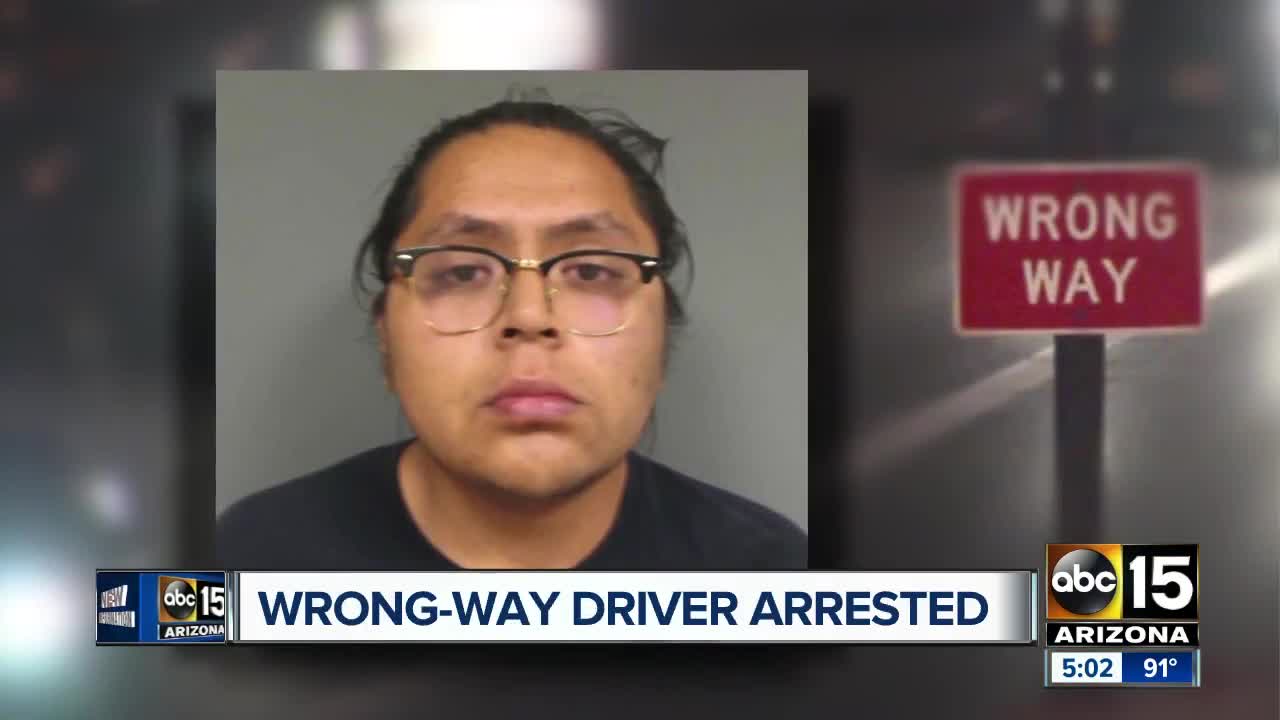 Gilbert police say a 23-year-old man was arrested on suspicion of driving under the influence after a wrong-way incident overnight.

Around 1 a.m. Tuesday, a witness reported seeing a vehicle driving the wrong-way on the freeway and notified police. Officers located the car that was stopped, facing westbound on the eastbound Loop 202 on-ramp at Val Vista Drive.

The driver and passenger in the car were both passed out, police say.

Officers woke up the driver, identified as Aaron Rivers, and arrested him on suspicion of driving under the influence. Drugs and drug paraphernalia were also located inside the vehicle.

Fortunately, no crashes or injuries were reported during this wrong-way incident.

Since the beginning of 2018, there have been a dozen media-reported wrong-way driving incidents, including multiple deadly crashes. The most recent incident was along SR-347 involving a crash that killed the wrong-way driver and a mother from Maricopa. Many of the incidents have also resulted in DUI arrests.