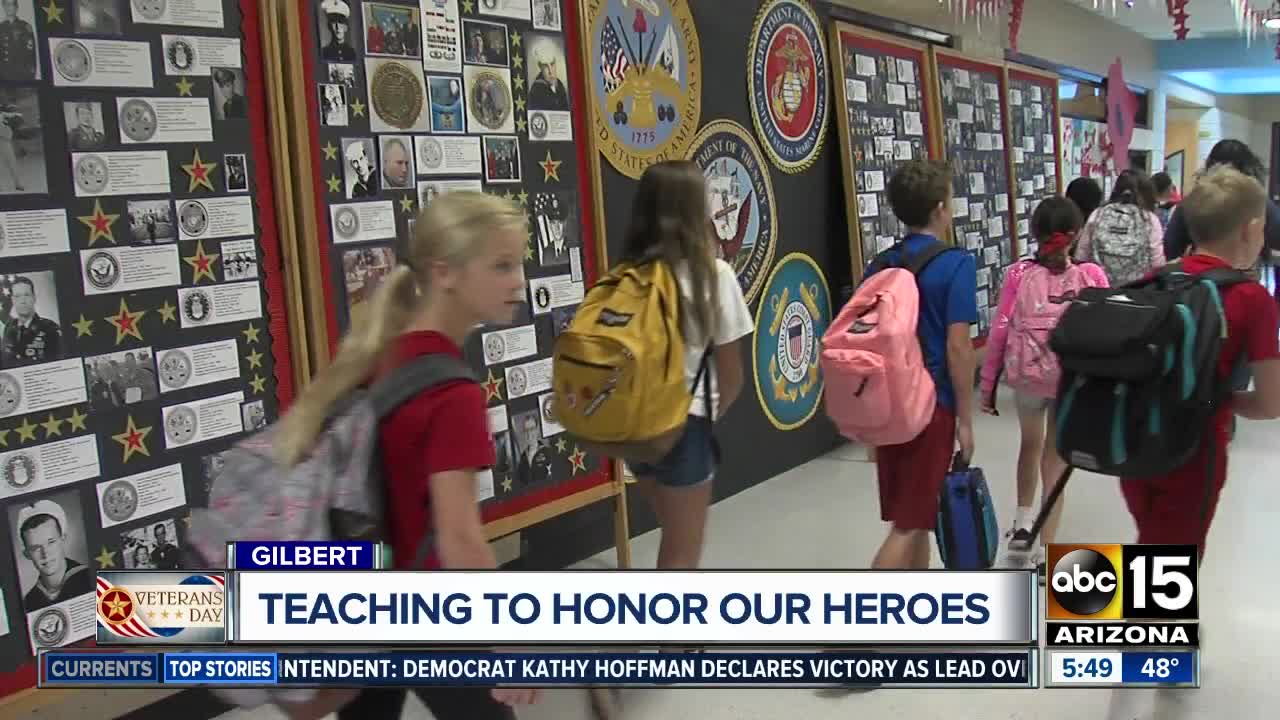 "Every child, if you look up on these pennants and stars, from kindergarten through sixth grade, special needs, every one of them - have filled out a message dedicated to our military veteran and service members," Juliana Jackson pointed out. 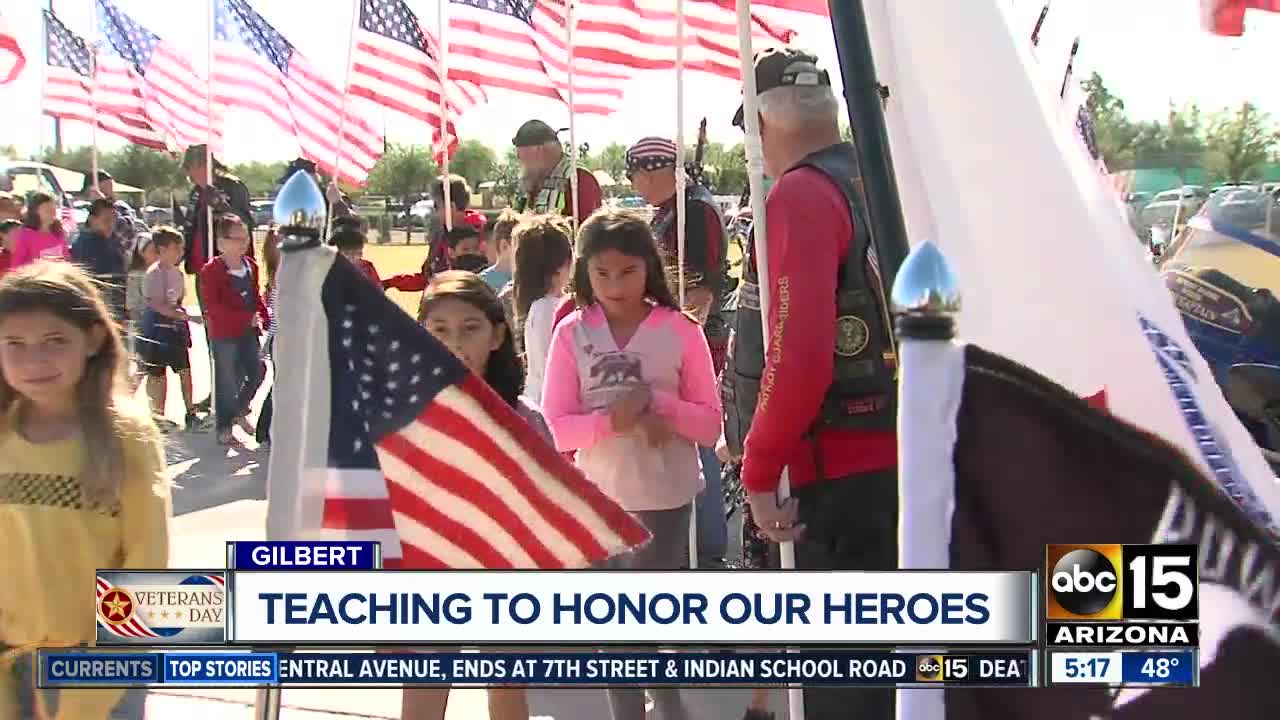 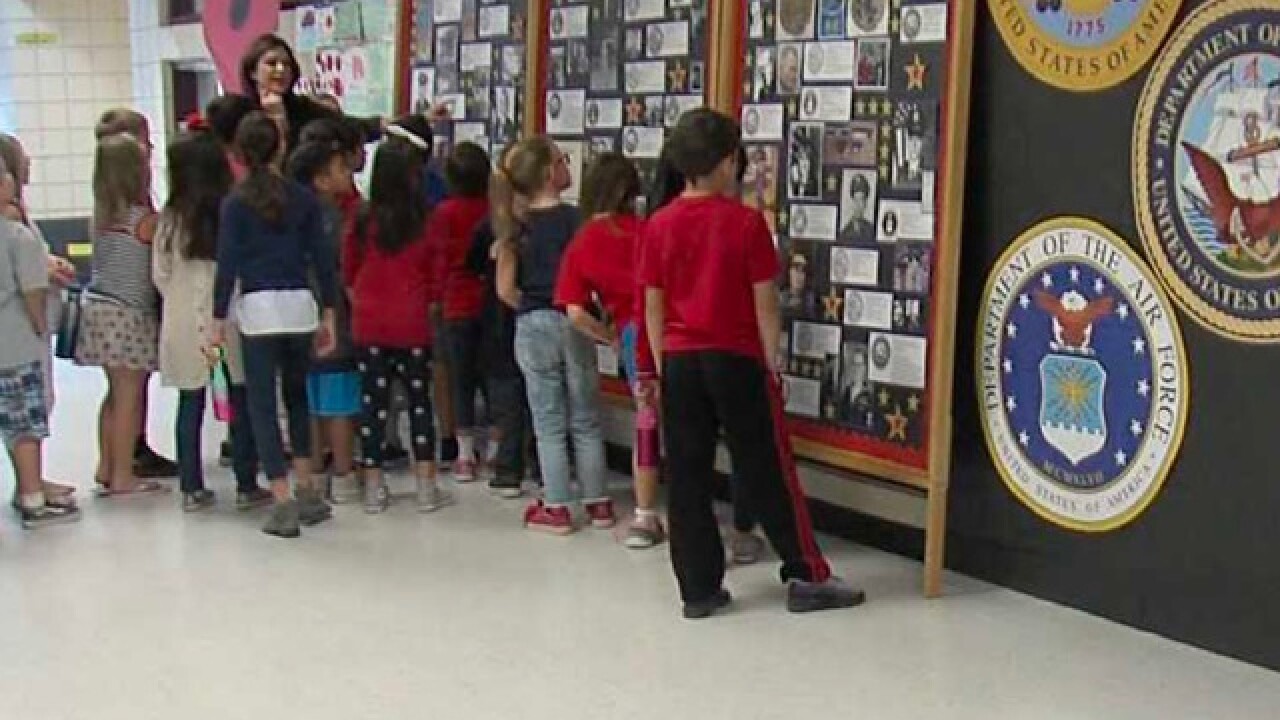 Before her wake-up call was the school bell ringing, Juliana Jackson awoke to reveille. It is the military alarm clock she woke up to for four years when she served in the U.S. Air Force back in the 1980s.

Now she is known as Mrs. Jackson to students at Playa Del Rey Elementary School in Gilbert and she wants to make sure her students do not just think that they were getting a free day off on Veterans Day.

So, six years ago she started turning the hallways into military memorials to honor her grandfather, father, brother, cousin and the other veterans in the community.

There are six panels now that are full of pictures, writings, and memorabilia that give students something to see, something to touch, and something to understand about what it means to give the ultimate sacrifice.

That is something that Jackson knows far too well.

Jared Monti, Jackson's cousin, was awarded the Congressional Medal of Honor after his passing by President Barack Obama for his bravery in trying to save the lives of his fellow soldiers. He was shot and killed by a sniper.

But, his memory does not just live in photos. His memory now lives on in music.

"He says, 'I drive his truck,'" Jackson said, choking back tears.

The song, "I Drive Your Truck," by country singer Lee Brice is based on Jackson's family. She says it is still so surreal to listen to the hit track.

Jackson shares that history and the history of the community with all of the students at the elementary school each year now.

"Every child, if you look up on these pennants and stars, from kindergarten through sixth grade, special needs, every one of them - have filled out a message dedicated to our military veteran and service members," Jackson pointed out.

And outside, she organizes an assembly that is complete with speakers, musical performances, an appearance by the Arizona Patriot Guard Riders and more.

"These men and women are to be respected and held to the highest esteem," Jackson said. "We should take care of them, not just while they're in the military. But, we need to take care of them when they return."