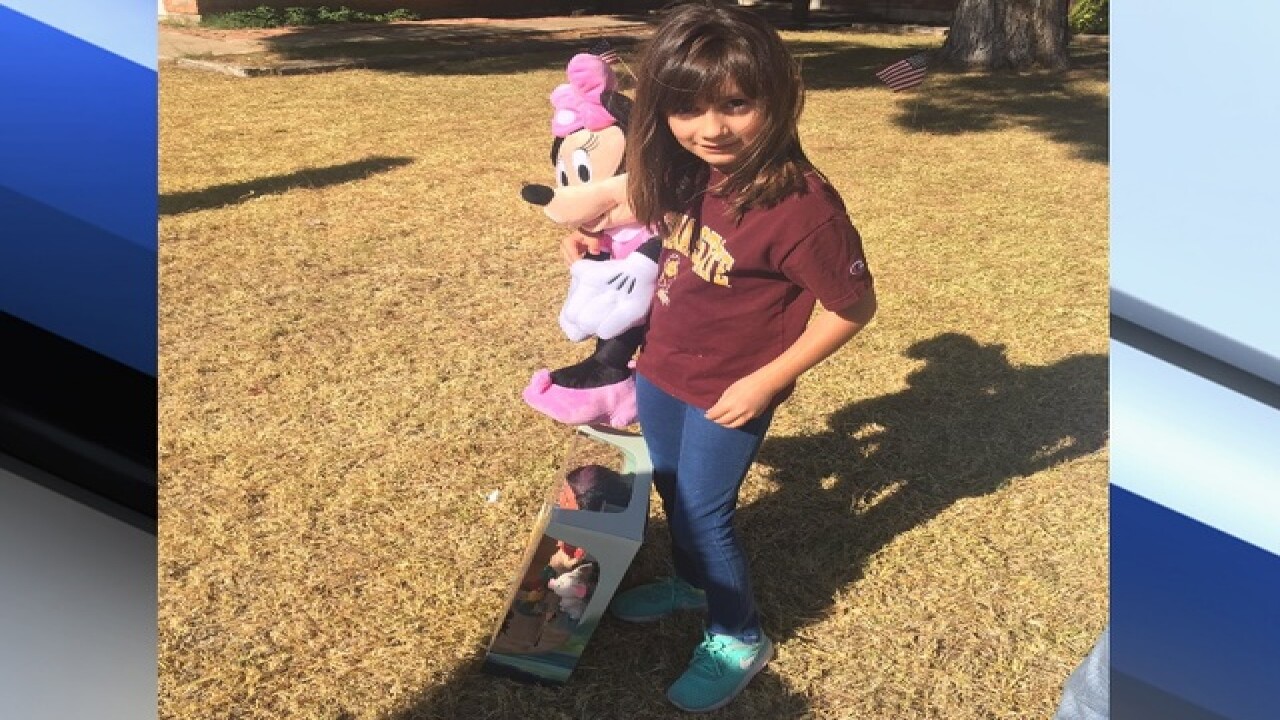 For those who lived inside a Gilbert home, they spent their Black Friday salvaging what they could, rather than shopping for something new. A fire broke out at the home near Cooper and Guadalupe roads on Thanksgiving evening with seven people inside at the time.

Luckily, no one was seriously hurt, but now the clean-up is becoming daunting. One man, who lives at the home, told ABC15 this all happened the day before he was supposed to have a birthday party for his daughter, Angelina. Some of her gifts, along with many other things, were lost in the blaze.

"When we arrived, we knew --- four fire trucks, ambulance --- everyone was out in the neighborhood," Gary Festa explained. "I knew we had a serious situation."

Festa was not one of the people home at the time the fire broke out. Instead, he was celebrating the holiday with family clear across the valley in Glendale.

Festa lives in the basement below the home, which is finished like an apartment.

"The house was pristine," Festa described. "It was really a beautiful home, it's really a shame what happened to it."

He said he had lived there for roughly seven weeks renting from those who actually own the home. But, he had not purchased renter's insurance. Which is why his family has set up a GoFundMe account to help him.

But, what Festa is most thankful for after a Thanksgiving tragedy is first responders. Gilbert police and fire took action in a beautiful way, he said.

"They immediately gathered some funds together, went out on Black Friday and purchased this Minnie Mouse and this doll for Angelina," Festa said.

He said crews also went into his portion of the home and searched for any clothes and gifts they could possibly save.

But, now - Festa does not have a place to call home or a place his two kids can visit him at.

"Now, I have to think long-term: How am I going to provide?" Festa asked. "And because the community has stepped up, because people are willing to help, it gives me a sense that it is all going to be okay."