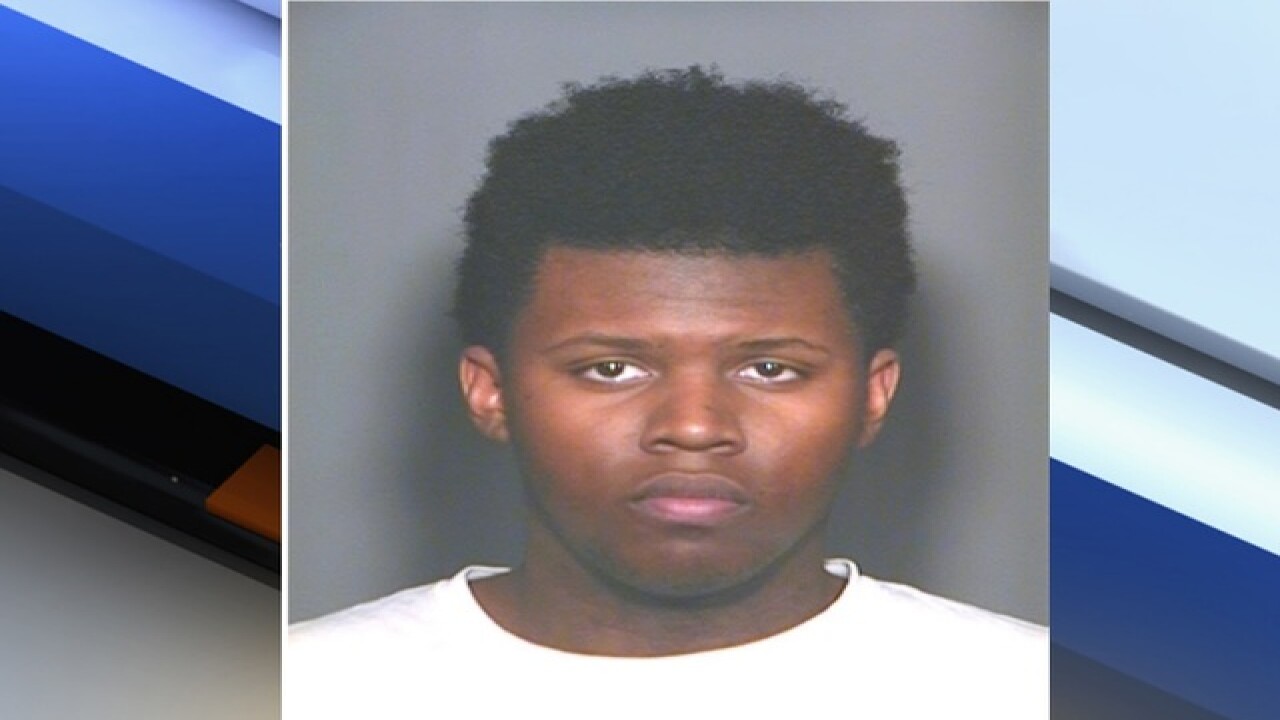 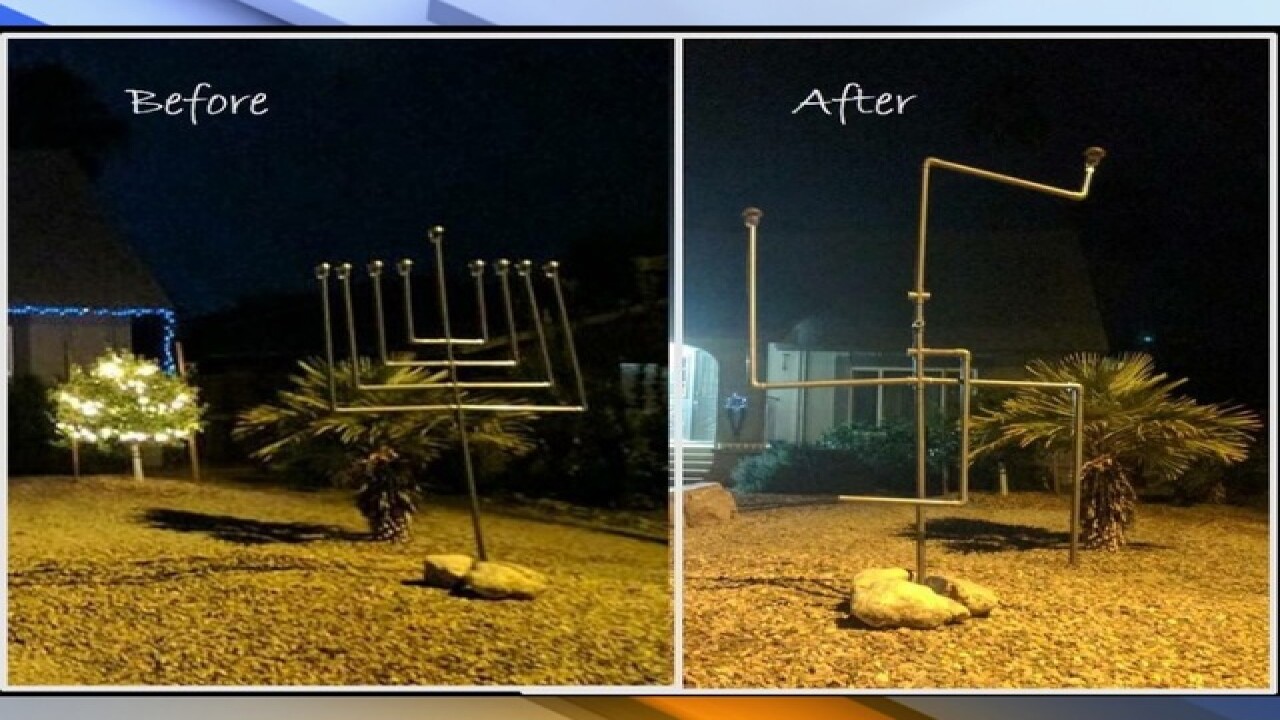 Police have made several arrests in connection with a menorah that was vandalized and turned into a swastika late last year.

The menorah, which was made out of PVC pipes, was a Hanukkah decoration put up by a family near Chandler Boulevard and McClintock Drive.

The Federal Bureau of Investigation later joined the investigation as law enforcement looked into whether the vandalism constituted a hate crime.

Friday, police said four people, 19-year-old Clive Jamar Wilson and three juveniles, were arrested for the crime. A Chandler Police Department spokesperson said all four will be charged with one count of first-degree criminal trespass and one count of aggravated criminal damage, both Class 6 felonies.

Detectives are still investigating the case, according to police Sgt. Daniel Mejia. The suspects were processed and released pending the submission of charges to the Maricopa County Attorney's Office.